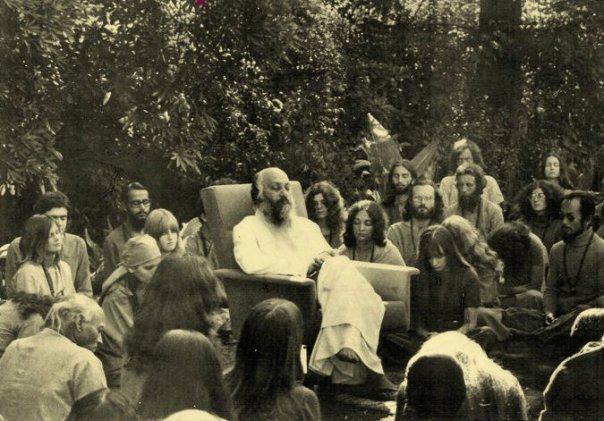 Kabir says: “the guru is great beyond words, and great is the good fortune of the disciple.”

Osho on above Kabir words – Yes, to become a disciple is to be fortunate. To find a Master is the greatest blessing that can happen to a man on the earth. It is very rare to find a Master and it is very rare, when you have found one, to surrender to him. But if it happens at all, the greatest thing has happened. More than that is not possible in life. Let me explain it to you, what the Master exactly means.

God is far away — just a word, we have never experienced him. The Master, or guru, functions as a midway station. God is superhuman, far away, difficult to conceive of. The guru is human, and yet divine. The guru is like us, and yet not like us. He is a bridge between man and God; he is just at the middle point. Exactly, the guru balances existence. The disciple is man; the God is not man; the guru is both. On one side, he belongs to humanity; on another side, he belongs to God. One of his hands is with the humanity; his other hand is in the hands of God. He becomes the bridge. That’s why we call the guru a god-man or a man-god. That’s why Jesus goes on saying, again and again, “I am the son of God, and I am the son of man.” He is a guru, he is a Master.

The seeker is ignorance; God is knowing, wisdom. The seeker is darkness; God is light. The guru is a twilight. In India we pray at the time of twilight. The Sanskrit word for twilight is SANDHYA, and by and by it became synonymous with prayer. Twilight is prayer, the moment to pray. Twilight is representative of the guru. In India the sayings of the saints are called SANDHYA BHASHA, “the language of the twilight.” They speak in metaphors which belong to two worlds: to the human and to the divine.

There is a story about Kabir that when he arrived home and faced God, he was very much puzzled because the guru was standing there with God. He was very much puzzled about whom he should bow down to first, the priority — to God, or to the guru? And then he touched the feet of the guru and said, “Because without you, I would have never known God. So you come first. Through you I have known; so you come first. God can wait, because without you there was no God for me. It is only through you he has become a reality. I bow down to you.”

“KABIR SAYS: ‘THE GURU IS GREAT BEYOND WORDS, AND GREAT IS THE GOOD FORTUNE OF THE DISCIPLE.”‘ There are millions of people; very few become seekers. There are thousands of seekers; very few become disciples. To become a disciple is a rare privilege because only by becoming a disciple does one become connected, linked, with a Master. Then your destiny is not alone; then your destiny is linked with a Master.