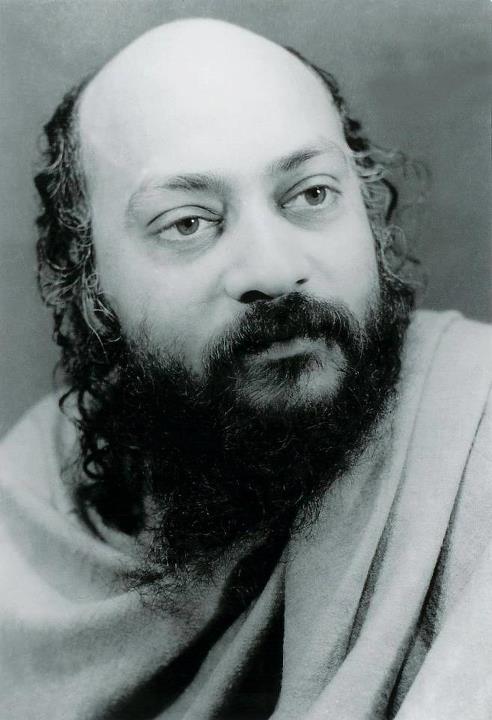 Osho : In Surat, in India, there exists one of the richest Mohammedan cults. The Aga Khan is the head priest of that cult. The cult is called Khoja. Here, just by the side of the river on the other bank, there is an Aga Khan palace.

The Aga Khan is one of the richest men in the world. He has palaces in every great city all over the world, in all the hill stations, on all the beautiful beaches.

And how has he become so rich? What is his strategy? The strategy is: if somebody dies, in the dead person’s memory you send him the money, and the money will be sent into your account in paradise. Millions of dollars he accumulates, and the blind believers think that the money is reaching into their bank accounts.

And I said, “You are a well-educated man, a doctor, and you could not think of a simple thing? You could not see how the Aga Khan goes on throwing money all around the world? From where does this money come? From which account?”

The Aga Khan’s hobby is racehorses. He is the greatest bidder all over the world, and wherever there is a race meeting, he immediately rushes to that place. This palace here has been made because Poona has a race meeting every year, a great competition. All these houses you see belonged once to all the maharajahs of India, because while the horseracing was going on, all the maharajahs were here. That’s why this is a protected area.

Now the maharajahs have disappeared, it is not much of a joy. Ordinary people are going to the race course, and the Aga Khan no longer comes here. He has informed me that if I want the palace he is ready to sell.

There is another sect I have come across which is even more stupid. At least this money reaches to the Aga Khan, it does not go further — but that cult puts the money in the coffin. Your father dies, you put ten lakh rupees into the coffin, and it goes into the graveyard.

Again, I was a guest in a house with a friend, who was a professor and had been my colleague. I said, “You also think that money will enter into heaven with your father’s soul?”
He said, “Yes. My whole religion believes it; so many people cannot be wrong.”

This argument I have heard so many times that I have made my own argument: If there are so many people agreed on something, they must be wrong! So many people cannot be right. Right belongs to very rare people; crowds cannot be right, they cannot have the truth.
So I said, “We shall do one thing. Tonight we will go and dig your father’s grave!”
He said, “What?! But that is criminal.”
I said, “I will do it, you just stand by, just to see whether those rupees that you have put are still there, or your father has taken them.”
He said, “But if anybody comes to know …”
I said, “You are an educated man; it is a simple experiment to expose your belief. And I am ready to take all the blame!”

So I dragged him in the night to the graveyard of their religion, and I had to dig — that was the first and the last time I have done any digging! — and I pulled the coffin out. It was stinking of the dead body — only bones had remained, everything else had gone rotten — and I said, “Look, those notes are here. You are an idiot, and your whole religion is stupid! Take these notes!”

There was a moment of grave silence. I said, “You take them or I will take them!” He immediately took them out, and I said, “Now you do the remaining work, you have taken the money! I am going. You push the coffin in, put in the mud, cover it, do whatever you want — but I have proved absolutely that your whole religion is stupid! And you think this is a virtuous act? You are being conned by your priests!”

What is selfish in meditation? Just because you are sitting alone, closing your eyes, going inwards to find out the very source of your existence, is it selfish? By the time you find your authentic source of life, your self will have disappeared like a dewdrop in the early morning sun. You will come out without a self, just as a pure presence. Out of this pure presence radiates all that is virtuous.

Without meditation there is no virtue; there cannot be any virtue! And when I say anything like this, I say it with absolute authority, and I challenge every religion of the world to prove that unconscious people, sleepy people, can do any act without motivation.

And the more you share, the more starts coming to you. It is almost like a well of water: the more you draw the water, fresh water is coming into the well from all directions. If you become afraid that “If we take out the water, that much water is gone,” it is better to keep the well closed.

Source – Osho Book “Christianity: The Deadliest Poison and Zen: The Antidote to All Poisons”

Osho – Scriptures are the footprints of the Buddhas, but the Buddhas are gone