Osho on Knowledge and Knowing – Knowing is alive; knowledge is dead 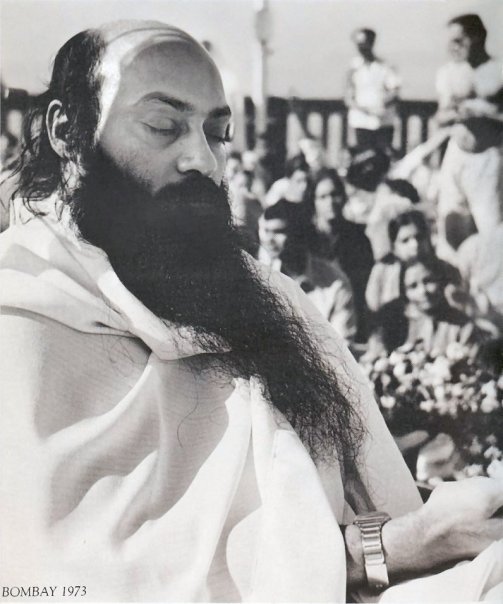 So really knowledge is not a help towards knowing; on the contrary, knowledge is the hindrance, the obstacle. The more you know, the more you accumulate information, the less is your capacity of knowing. That’s why the capacity of children to learn is more, because they are fresh; knowledge is not there as a barrier for their knowing; their knowing is fresh. The old man cannot learn so much – not because the consciousness is not capable to learn, but because the consciousness is so much burdened with knowledge that the burden itself becomes a hindrance. Knowledge creates a barrier, and destroys the capacity to know.

Really, calculators can do more calculation, and in a better way, and more efficiently than you. Soon computers will replace man, because they can accumulate more knowledge and in a better way. Our own brains are also doing the same. The rishi says that the VEDA cannot reach to that supreme consciousness, brahman. And veda means all accumulated knowledge. So in India we have created a very strange word: VEDANT. It means the end of the vedas, just going beyond the vedas, just throwing the vedas far away, just being unburdened by the vedas. Veda means ”knowledge,” and vedant means ”beyond knowledge.” So in the end the rishi says: Now understand one thing – and this is one of the ultimates – that by knowledge you will never be able to know, to know the being; because being is always prior to knowledge.

When the rishi says that you cannot know by knowledge, he means that knowledge is always concerned with something else, never with truth. My eye cannot see itself – why? When the eyes can see everything else, why not themselves? Of course I can see my eyes in a mirror, but that is not really seeing the eyes themselves – just a reflection, and the reflection becomes something else. The same is the phenomenon inside: the being can know by knowledge everything other than itself. Knowledge is just an opening, an eye towards the whole world.

Really, this will be very significant to understand. The word ”science” means exactly what veda means: knowledge. We can put it in very modern terminology: by science you can never know the being, because science means knowledge, systematized knowledge.

So how can you know it? If knowledge itself cannot know it, then how? If eyes cannot see a thing, if it is impossible to see it with your eyes, then what to do? The only possibility – and you may not be able just to remember it – is that if the eyes cannot see a particular thing, then CLOSE YOUR EYES AND SEE. That’s the only alternative possible. If it is not possible at all to see with the eyes, then close them and see. If knowledge cannot know the innermost being, then throw away the knowledge, and know. This is what vedanta means – throwing away knowledge – because it is felt that by knowledge, we cannot know the knower. Then throw it, don’t carry it, because it may prove a hindrance. Just throw it; just put it aside as if you are taking your clothes off. Take you knowledge off, and be without knowledge.

Be without knowledge. In that innocent moment of not knowing, one happens to be there, where one has always been. One is just thrown to the center. Suddenly the periphery disappears, suddenly you are not whatsoever you have been, and you are something which you have never known yourself to be… this is the secret.

This is the secret of all secrets. UPANISHADS…. The very word UPANISHAD means the ”secret doctrine.” Why call it secret if you are going to call it a doctrine? If it is a doctrine it cannot be secret; if it is secret it cannot be a doctrine. So why call it a secret doctrine? Why use two contradictory words? The mystics have always felt that the moment you use one word without at the same time using the contradictory one, you divide life. And life exists in contradictions. The negative and the positive of electricity exist in a deep communion; the male psyche and the female psyche exist in a deep communion. The darkness and the light – we may think of them as contradictions, opposites, polar opposites, but they exist in a deep communion.

Have you ever seen any fight between darkness and light? Has there ever been any war between darkness and light? – they co-exist; they co-exist so silently. Really, there is no contradiction in existence; all contradictions are created by our minds, because we can look at a thing from a standpoint alone. We can never look at a thing as it is in its wholeness. Even a very small thing – just a pebble – you cannot look at the pebble from all sides simultaneously; the other side always remains in darkness. But the pebble is one. For you it is always an aspect that is known, and the remaining begins to be another aspect, but you can never know both simultaneously. But the pebble exists simultaneously.

Darkness and light are just two aspects of one thing. Birth and death – two aspects of one thing. That’s why the UPANISHADS are called the secret doctrine. Secret and open at the same time – simultaneously, because ”doctrine” means open, a known thing, and ”secret” means something unknown. So it is better to call it an open secret. It is open for everyone; but it is a secret, because even if you know it you can never claim the knowledge. By the very knowing the claimer is dissolved.