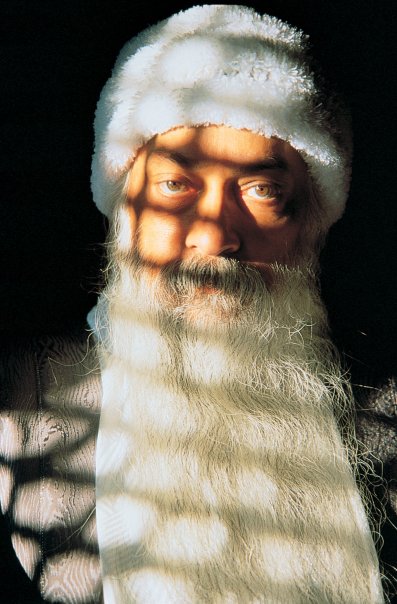 Question – When i stand back and watch it all, it seems so incredibly and absurdly humorous. Is life really so unserious? is that all there is to it?

Osho – Prem Indivar, what else do you want? What else do you expect out of life? Is this not more than one can ask for? Life is tremendously absurd, that is its beauty. It is ridiculous, that is its joy. It is playful, it is not serious at all. Except for stupid people, nobody is ever serious.

That’s why there are so many miserable people all over the world: it is cheap, it costs nothing, it is available free of charge. But to be blissful one needs to risk much. To have a sense of humor one needs a kind of transcendence. Seriousness is a disease.

Now you are asking: ”When I stand back and watch it all, it seems so incredibly and absurdly humorous.”

It is so. Just go on watching more and more, and stand as far back as possible. Become a witness. But you don’t go too far, it seems – just one step and then you jump back into it. You become afraid because it looks so incredibly absurd. You become afraid: are you going mad or something? Don’t be worried – you are mad already! Now nothing more can happen to you; that is your security.

White represents the ultimate synthesis and harmony. It is the greatest orchestra, where all the musical instruments dissolve into each other – and not only the instruments but the musicians, too. The whole orchestra functions as a single, organic, orgasmic unity. White represents that. And the lotus also is a great symbol, particularly in the East – naturally, because the East knows what great lotuses are. In the West you only have small lotuses – they need hot sun. The East knows great fragrant lotuses, and the lotus became one of the central symbols of the East. You may have seen buddha statues of Buddha sitting on a lotus, of Vishnu, the Hindu god, standing on a lotus.

When you become a calm and cool observer of life you are going to laugh – not ordinary laughter but a belly laughter like a lion’s roar. And white lotuses will start showering on you. Life is neither serious nor nonserious. It is a tremendous play, playfulness. Yes, many times it is ridiculous, incredibly absurd, but in our minds those words have a very wrong connotation, something negative. When we say something is absurd we mean that it is something wrong. No, it
is not so.

And it is tremendously humorous… because here you see gods pretending to be beggars. Yes, it is a pretense. Here you will see buddhas being miserable. Have you ever gone to see a drama, not from the audience, but backstage where actors and actresses dress themselves up and prepare themselves? Then you will be surprised.

That was one of my hobbies in my childhood, to somehow get backstage. In my village every year they used to play ramleela, the great story of Rama. And it is far more beautiful if you see what happens at the back. I have seen Sita, the wife of Rama…. In India she is worshipped as the greatest woman ever born, absolutely virtuous, pure. It is impossible to conceive of a purer woman or a purer love. It is absolutely impossible to conceive of a more religious, more pious, more holy woman. But at the back of the stage I have seen Sita before she goes on the stage – smoking beedies!

Now Krishna Prem need not be worried about beedies! Just to prepare herself, just to give herself a shot of nicotine, Sita was smoking beedies. It was so absurd. I enjoyed it so much! And Ravana, the man who is the criminal in the drama of Rama’s life, who steals Sita and who represents evil in India, was telling Rama, ”You be aware! Last night you were continuously looking at my wife in the audience, and if I see you doing that again I will teach you a lesson!”

Now, Rama is the incarnation of God, but in the drama he was just a schoolboy – and schoolboys are schoolboys. And Ravana teaching him, evil incarnate teaching God…”Don’t look at my wife – that is not right!”

The man looked at the psychiatrist and said, ”I work at the pickle factory and I have an incredible desire to put my prick in the pickle cutter.”
The doctor thought for a moment and then replied, ”I see. Perhaps it is a result of some suppressed childhood behavior – could be an Oedipus complex. I suggest you take a two week vacation, then you go back to work for a week and then return to me to start therapy.”

Osho on Living Totally – Unless you experience it totally, you cannot be finished with it