Osho on Paradoxical Life – Life is beautiful because it is paradoxical 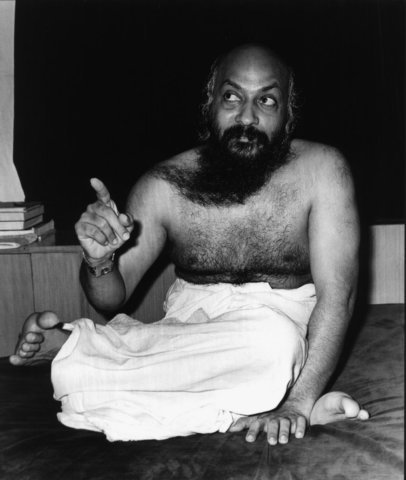 Then what are you going to do about the six other colors which are not part of your conception? Either you have to ignore them, block them, so that you don’t become aware of them; repress them, simply deny them…. But whatsoever you do, life is not going to drop its colors; they will be there — denied, rejected, repressed, they will be there, waiting for the right moment to explode into your consciousness.

And whenever they explode you will be confused. The confusion is your responsibility. Life is not confusing at all. Life is mysterious but never confusing. Because you don’t want it to be mysterious, you want it to be mathematical, you want it very clear-cut so that you can calculate and measure — hence the difficulty. It is not created by life.

Life has to be perceived — not conceived. See what is the case, don’t have ready-made answers. Don’t go through life with prejudices, with a prejudiced mind, don’t have any a priori conceptions. Go innocent, naked, go ignorant. Function from the state of not knowing. And then…then life is not confusing. It is a tremendous joy, it is ecstasy. Then what appears today as confusing, you will feel thankful for it, grateful for it, that it is so, that it is not logical.

Love has value only because it gives you aloneness. It gives you space enough to be on your own. But you have an idea of love; that idea is creating trouble — not love itself, but the idea. The idea is that, in love, lovers disappear into each other, dissolve into each other.

Yes, there are moments of dissolution — but this is the beauty of life and all that is existential: that when lovers dissolve into each other, the same are the moments when they become very conscious, very alert. That dissolution is not a kind of drunkenness, that dissolution is not unconscious. It brings great consciousness, it releases great awareness. On the one hand they are dissolved — on the other hand for the first time they see their utter beauty in being alone.

The other defines them, their aloneness; they define the other. And they are grateful to each other. It is because of the other that they have been able to see their own selves; the other has become a mirror in which they are reflected. Lovers are mirrors to each other. Love makes you aware of your original face.

Hence, it looks very contradictory, paradoxical, when stated in such a way: “Love brings aloneness.” You were thinking all along that love brings togetherness. I am not saying that it does not bring togetherness, but unless you are alone you cannot be together.

What kind of love is this? It may be just fear of being alone; hence they are clinging to each other. But real love knows no fear. Real love is capable of being alone, utterly alone, and out of that aloneness grows a togetherness.
Pin It