Osho on Love – What is Love according to Osho 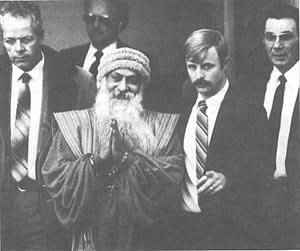 Question – What is Love? I feel that what I call Love and What you call Love are totally different.

Always remember, your words are being used in a totally different meaning. So when you are listening to me, be alert of the fact. And don’t jump immediately on the words and don’t give them your color. It is a very mechanical habit. You hear the word ‘love’ and immediately you know what I mean. Now you need not listen, you can go into sleep, you can have a little sleep — because I am talking about love and you know already what love is.

Then there is a second kind of love, the love of the bliss body. You don’t know about it It is not a fall. It is a stillness, it is a rest. You don’t fall — rather, you become rooted, grounded. You lose all wavering, you lose all waves, you become a silent pool. That’s what should be meant by love.

And there is a third kind of love that comes from the essential body. That love should be called prayer. You rise in it, you never fall in it. The first love is a fall. The second love is a stabilizer, a grounding, a centering. And the third love is a rising into the sky — it gives you wings.

When I am talking about love I mean both the second and the third. Because for the third to happen the second will be needed. But I am not against the first, I am not against the physical love — because unless you fall many times you will not be able to be grounded. Hence I am all for it. Fall as many times as you can, so that you can learn how not to fall. That’s the only way to learn — one learns through errors and mistakes. A child starts learning walking, he falls many times. If the mother is very much against falling, the child will never be able to walk on his own, he will remain a cripple his whole life.

That’s how millions of people have remained crippled. Because the society and the priests and the parents go on insisting that the physical love has something of sin in it: Avoid it! Then of course you don’t fall — but a man who cannot fall will not know how to stand without falling. A child that cannot afford to fall sometimes, will not be able to walk at all — will remain crippled, will have to use crutches.

Marriage is a crutch — cripples are using it all over the world. Because they cannot fall in love, so they settle for something synthetic, plastic. Fall as many times as you can, and enjoy falling, and learn the art of falling — because only through that will you be able one day to learn how to stand on your own without falling.

Out of the first love the second has to be found. And out of the second the third has to be found when you have started standing on your own, rooted deep in the earth, in the soil. This earth is beautiful. This earth is an opportunity, a great opportunity to experiment. Your being here is experimental — you should experiment as much as possible, you should not waste any opportunity to experiment. And each experiment will bring a little bit of wisdom to you. It comes the hard way. A man who tries to remain always secure, safe, will not learn anything, will not learn ever.

I have heard: A general had come to visit the army in Poona. He asked some soldiers, ‘How do you manage with the Poona water?’ They said, ‘First we boil it. Then we purify it. And then just to be safe we drink beer.’

Then why bother? People are trying to be safe, people are trying to remain always in security. They don’t explore, they don’t go beyond the boundary. And the boundary has been fixed by the priests and the politicians — by the enemies, by the poisoners. Naturally your life has no flavor to it, no tone. It is placid, it is flat, it has no blood, no bones, it is pale. You are like a candle dying. Your life is nothing but a long process of slow death. You never live.

I am all for these three loves. Learn the ways of the first, the ways of the body. And then go beyond, because there is much more. Don’t remain confined to it. It is a passage to reach to the second body, the bliss body. And yes, sometimes when you are deeply in physical love, then too some bliss spills over you from the second body. Making love to a woman or a man, when suddenly you feel ecstatic it is not coming from the woman, remember, it is not coming from the man, remember. The woman has nothing to give to you, neither has the man anything to give to you. All that is possible between a man and woman is a kind of absorbent into each other. They forget themselves for a moment. The self consciousness disappears, the ego disappears, that’s all.

In that disappearance something from the second body, which is within you, starts flowing, because the ego is no more hindering it. Because you are so absorbed by the woman or by the man, in the woman, in the man, that you have forgotten yourself, that you are in a kind of a drunk state. You are not a self in that moment, not an ego — something spills from the second body. That’s why you feel blissful, that’s what is known as sexual orgasm. It has nothing to do with sex, actually. Once you have understood the process of it you can have as much of it without having any sex. You can simply sit and sway and it starts spilling.

You can attain to that orgasm without searching for a woman or a man. But you have to learn through the man and through the woman. I am not against it, I am all for it. It’s beautiful and it is good as far as it goes, but it does not go far enough. You have to go beyond it. You have to find the real source of bliss, from where it comes. It does not come from the woman, it does not come from the other, it comes from your innermost core. But the misconception is natural, because you are so absorbed in the woman you think it is coming from the woman. And because the woman is so absorbed in you she thinks it is coming from her man.

It is not coming from the other at all, it is coming from your innermost core. But you are not conscious of that core. Become more and more conscious. While making love become conscious of from where the bliss is coming, from what direction, and move into that direction. And lovemaking can become one of the greatest meditations. Hence Tantra — the whole approach of Tantra is that.

And once you have learned how to reach to orgasm through your own bliss body, you are freed from the other I your dependence is no more there. And when you are no more dependent on the woman or on the man, your love becomes non-possessive. Only then, your love is no more political. You don’t reduce the woman to a thing; freedom remains intact. In sex, freedom cannot remain intact. The more you go into sex, the more you become dependent on the other, because you think the source of joy is the other. Now you are afraid somebody may take the source of joy — the woman may go away or the man may go away, or he may turn his back. Fear. And because of fear you start possessing, because of fear you become jealous. Sexual love cannot go beyond jealousy, jealousy is ingrained in it.

And when you have become rooted in the second, and the falling and stumbling in love has stopped, you are coming closer to my meaning of love. Once you have become established, rooted, and you have started enjoying your own bliss body, then one day you suddenly see something else, far more a blessing than bliss itself, is reaching to you. Rays of something, which are more blissful than bliss itself, are reaching to you. And they are coming from your innermost, your very inner shrine. Then you start searching for those, and you start rising. The fall disappears and the tree starts growing towards the sky.

And when you reach to the source of your being — the essential body, the Buddha body, the truth body — love is fulfilled. My word ‘love’ has the ultimate meaning of that experience.

A man walked into a bar in a fiercely Catholic district of Northern Ireland. In his lapel he was wearing a small Union Jack, the emblem of Protestant extremists. Attached by a chain to his left hand was a large, vicious-looking crocodile. Silence fell in the bar as the man approached the counter.

‘Do you serve Protestants in this bar?’ he asked the bar man.

‘Well then, I’LL have a pint of beer for myself and two Protestants for my crocodile.’

A bus driver in the southern United States was letting some people on to his bus. He asked a black man what color he was. The man answered, ‘Black.’ The bus driver replied, ‘No, you are green. Everyone on my bus is green. I don’t believe in black and white.’

Then he asked a white woman what color she was. She answered. ‘White.’ The bus driver said again. ‘No. you are green. Everyone on my bus is green. I believe in one color; the whole humanity is one color.’

Just by changing words nothing is changed. You can replace my words in the place of your words, that won’t make much difference. The meaning will go on the same.  So I am not saying change words. I am saying become a little more alert, so you can allow me a little space in you. And that’s the meaning of sannyas. You allow a little space in you for me, you become a host and you allow me as a guest in you. And soon, the guest is such, the host will disappear and the guest will possess the home.

Osho on Intimacy – Everybody is afraid of intimacy

Osho – Those who love and then hate are not real lovers