Osho on LSD, LSD as aid to Meditation, Danger of LSD 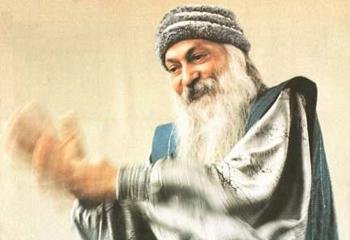 QUESTION: CAN LSD BE USED AS A HELP IN MEDITATION?

Now how to control it is not going to be your choice. Once you take LSD as a help you are making a slave of the master and your whole body chemistry will be affected by it. Your body will begin to crave LSD. Now the craving will not just be of the mind as it is when you get attached to a mantra. When you use acid as a help, the craving becomes part of the body; the LSD goes to the very cells of the body. It changes them.

Your inner chemical structure becomes different. Then all the body cells begin to crave acid and it will be difficult to drop it. LSD can be used to bring you to meditation only if your body has been prepared for it. So if you ask if it can be used in the West, I will say that it is not for the West at all. It can be used only in the East – if the body is totally prepared for it. Yoga has used it, tantra has used it, there are schools of tantra and yoga that have used LSD as a help, but then they prepare your body first. There is a long process of purification of the body.

Your body becomes so pure and you become such a great master of it that even chemistry cannot become your master now. So yoga allows it, but in a very specific way. First your body must be purified chemically. Then you will be in such control of the body that even your body chemistry can be controlled.

For example, there are certain yogic exercises: if you take poison, through a particular yogic exercise you can order your blood not to mix with it and the poison will pass through the body and come out in the urine without having mixed with the blood at all. If you can do this, if you can control your body chemistry, then you can use anything, because you have remained the master. In tantra, particularly in ”leftist” tantra, they use alcohol to help meditation.

It looks absurd; it is not. The seeker will take alcohol in a particular quantity and then will try to be alert. Consciousness must not be lost. By and by the quantity of alcohol will be raised, but the consciousness must remain alert. The person has taken alcohol, it has been absorbed in the body, but the mind remains above it; consciousness is not lost. Then the quantity of alcohol is raised higher and higher. Through this practice a point comes when any amount of alcohol can be given and the mind remains alert. Only then can LSD be a help.

In the West there are no practices to purify the body or to increase consciousness through changes in body chemistry. Acid is taken without any preparation in the West. It is not going to help; rather, on the contrary, it may destroy the whole mind. There are many problems. Once you have been on an LSD trip you have a glimpse of something you have never known, something you have never felt.

If you begin to practice meditation it is a long process, but LSD is not a process. You take it and the process is over; then the body begins to work. Meditation is a long process – you have to do it for years, only then will the results be forthcoming. And when you have experienced a shortcut, it will be difficult to follow a long process.

The mind will crave to return to using the drugs. So it is difficult to meditate once you have known a glimpse through chemistry; to undertake something that is a long process will be difficult. Meditation needs more stamina, more trust, more waiting, and it will be difficult because now you can compare.

Secondly, any method is bad if you are not in control all the time. When you are meditating you can stop at any moment. If you want to stop, you can stop this very moment; you can come out of it. You cannot stop an LSD trip: once you have taken LSD you have to complete the circle. Now you are not the master.

Anything that makes a slave of you is ultimately not going to help spiritually, because spirituality basically means to be the master of oneself. So I wouldn’t suggest shortcuts. I am not against LSD, I may sometimes be for it, but then a long preliminary preparation is necessary. Then you will be the master.

But then LSD is not a shortcut. It will take even longer than meditation. Hatha yoga takes years to prepare a body – twenty years, twenty-five years, then a body is ready; now you can use any chemical help and it will not be destructive to your being. But then the process is far longer. Then LSD can be used; I am in favor of it then. If you are prepared to take twenty years to prepare the body in order to take LSD, then it is not destructive.

But the same thing can be done in two years with meditation. Because the body is more gross, mastery is more difficult. The mind is more subtle so mastery is easier. The body is further away from your being, so there is a greater gap; with the mind the gap is shorter.

And there is a problem: if the mastery is not achieved in this life then in the next life you have to begin from abc because you have a new body. The whole effort has been lost. You do not have a new mind in your next life, the old mind continues, so whatever is attained through the mind remains with you, but whatever is attained through the body is lost with every death. So hatha yoga had to invent methods to prolong life for two hundred to three hundred years so that mastery could be attained.

If the mastery is of the mind then you can change the body, but the preparedness of the body belongs to the body alone. Hatha yoga invented many methods so that the process could be completed, but then even greater methods were discovered: how to control the mind directly – raja yoga. With these methods the body can be a little helpful, but there is no need to be too concerned with it. So hatha yoga adepts have said that LSD can be used, but raja yoga cannot say LSD can be used, because raja yoga has no methodology to prepare the body.

Direct meditation is used. Sometimes it happens – only sometimes, rarely – that if you have a glimpse through LSD and do not become addicted to it, that glimpse may become a thirst in you to seek something further. So to try it once is good, but it becomes difficult to know where to stop and how to stop. The first trip is good, to be on it once is good; you become aware of a different world and then you begin to seek, you begin to search, because of it – but then it becomes difficult to stop.

This is the problem. If you can stop, then to take LSD once is good. But that ”if” is a great one. Mulla Nasruddin used to say that he never took more than one glass of wine. Many friends objected to his statement because they had seen him taking one glass after another. He said, ”The second glass is taken by the first; ’I’ take only one. The second is taken by the first and the third by the second. Then I am not the master.

I am master only for the first, so how can I say that I take more than one? ’I’ take only one – always only one!” With the first you are the master; with the second you are not. The first will try to take a second, and then it will go on continuously; then it is no longer in your hands. To begin anything is easy because you are the master, but to end anything is difficult because then you are not the master.