Osho on Mahakashyap and Transmission of Lamp 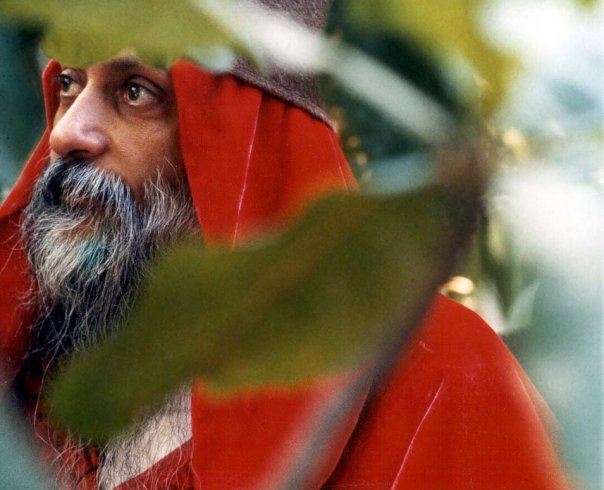 Osho – Mahakashyap was not so perfect. Something was lacking and he could be used, so in that gap the key could be put. The key was delivered to Mahakashyap because he could be relied upon to deliver it to somebody else. Subhuti was not reliable. Perfection, when absolute, just disappears. It is not there in the world. You can shower flowers on it but you cannot use it.

That’s why many enlightened persons were there, but only one in particular, Mahakashyap, was chosen. He was a man who could be used for this great responsibility. This is strange. That’s why I say ordinary arithmetic won’t help, because you will think that the key should be given to the most perfect. But the most perfect will forget where he had put the key.

Before he crosses the boundary this time can be used and the key delivered. To find a successor is very difficult, because the most perfect is useless. I will tell you one event that happened just recently: Ramakrishna was working on many disciples. Many attained, but nobody knows about them.

People know about Vivekananda, who never attained; the key was given to Vivekananda who was not the most perfect, and not only was he not the most perfect, but Ramakrishna wouldn’t allow him to be perfect. And when Ramakrishna felt that Vivekananda was going to enter into the perfect samadhi, he called him and said, “Stop! Now I will keep the key with me for this final entry, and only before your death, three days before, the key will be returned to you.”

And only three days before Vivekananda died, did he have a first taste of ecstasy, never before. Vivekananda started crying and weeping and said, “Why are you so cruel to me?”
Ramakrishna replied, “Something has to be done through you. You have to go to the West, to the world; you have to give my message to people, otherwise it will be lost.”

There were others, but they were already in; he could not call them out. They would not be interested in going to the West or around the world. They would say that this was nonsense — they were just like Ramakrishna. Why would he not go himself?

He was already in, and somebody had to be used who was out. Those who are far out cannot be used; those who are almost in, just near the door, can be used; and before they enter they deliver the key to somebody else. Mahakashyap was just near the door, fresh, entering into silence. Silence became celebration and he had a desire to help. That desire has been used. But Subhuti was impossible. He was the most buddhalike, the most perfect, but when somebody is buddhalike he is useless. He can give himself the secret key; there is no need to give it to him. Subhuti never made anybody a disciple.

He lived in perfect emptiness, and gods had to serve him many times. And he never made a disciple; he never said anything to anybody, everything was so perfect. Why bother? Why say anything? A master is fulfilling his past karmas. He has to fulfill them. And when I have to find a successor, many will be there who will be like Subhutis: they cannot be given the key.

Many will be there who are like Sariputtas: only words can be given to them. Somebody has to be found who is entering silence, celebrating, and has been caught just near the door. That is why.

2 thoughts on “Osho on Mahakashyap and Transmission of Lamp”