Osho on Mahamudra, Osho on Tilopa Songs of Mahamudra 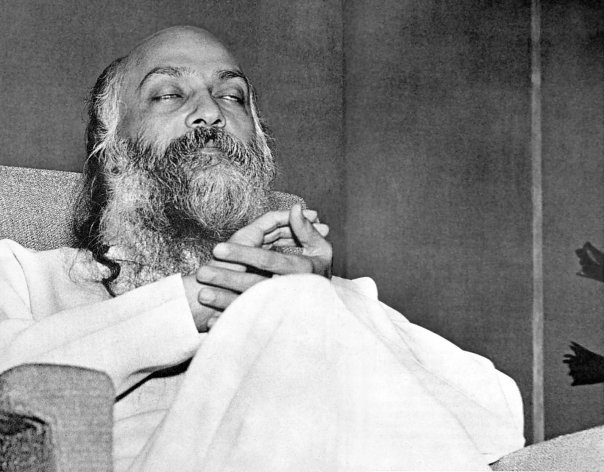 When for the first time something starts happening which is beyond words, life has happened to you, life has knocked at your door. And when the ultimate knocks at your door, you are simply gone beyond words – you become dumb, you cannot say; not even a single word is formed inside.

And whatsoever you say looks so pale, so dead, so meaningless, without any significance, that it seems that you are doing injustice to the experience that has happened to you. Remember this, because Mahamudra is the last, the ultimate experience.

Mahamudra means a total orgasm with the universe. If you have loved somebody, and sometimes you have felt a melting and merging – the two are no more two; the bodies remain separate, but something between the bodies makes a bridge, a golden bridge, and the twoness inside disappears; one life energy vibrates on both the poles – if it has happened to you, then only you can understand what Mahamudra is.

Millions and millions times deep, millions and millions of times high, is Mahamudra. It is a total orgasm with the whole, with the universe. It is melting into the source of being. And this is a song of Mahamudra. It is beautiful that Tilopa has called it a song. You can sing it, but you cannot say it; you can dance it, but you cannot say it. It is such a deep phenomenon that singing may convey a little tiny part of it – not what you sing, but the way you sing it.

Many mystics have simply danced after their ultimate experience; they could not do anything else. They were saying something through their whole being and body; altogether, body, mind, soul, everything involved in it. They were dancing; those dances were not ordinary dances. In fact, all dancing was born because of these mystics; it was a way to relate the ecstasy, the happiness, the bliss.

Something of the unknown has penetrated into the known, something of the beyond has come to the earth – what else can you do? You can dance it, you can sing it. This is a song of Mahamudra.

Do not seek. This is the deepest message of this whole song of Mahamudra: do not seek, just remain as you are, don’t go anywhere else. Nobody ever reaches God, nobody can because you don’t know the address. Where will you go? Where will you find the divine? There is no map, and there is no way, and there is nobody to say where he is. No, nobody ever reaches God. It is always the reverse:

One thought on “Osho on Mahamudra, Osho on Tilopa Songs of Mahamudra”