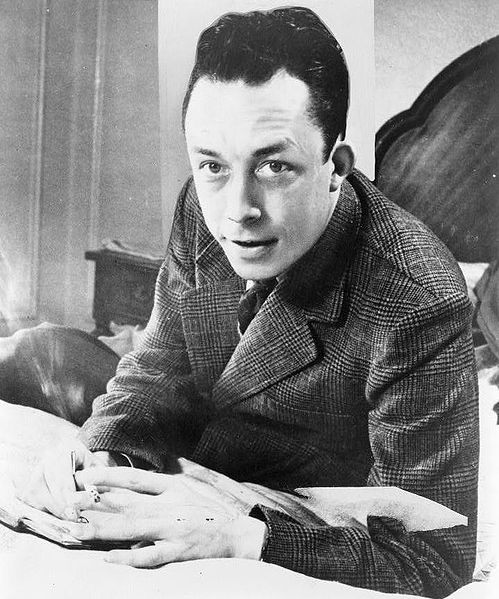 Osho : The book by Marcel, THE MYTH OF SISYPHUS. I am not a religious man in the ordinary sense; I am religious in my own way. So people will wonder why I am including books which are not religious. They are, but you have to dig deep, and then you will find their religiosity. The myth of Sisyphus is an ancient myth, and Marcel used it for his book. Let me relate it to you.

Sisyphus, a god, was thrown out of heaven because he disobeyed the supreme God and was punished. The punishment was that he had to carry a big rock from the valley to the top of a mountain which was so small at the summit that each time he reached it with the huge rock and tried to put it down, the rock started rolling down to the valley again.

Sisyphus has to go down to the valley again to carry the rock, huffing and puffing, perspiring…. A meaningless job… knowing perfectly well it will slip again, but what to do?

This is the whole story of man. That’s why I say if you dig you will find pure religion in it. This is the situation of man, and has always been so. What are you doing? What is everybody else doing? Carrying a rock to a point where it always and always slips back to the same valley, perhaps even a little deeper every time. And next morning, after breakfast of course, you carry it again. And you know while carrying it what is going to happen. It slips again.

The myth is beautiful. Marcel has introduced it again. He was a very religious person. In fact, he was the real existentialist, not Jean-Paul Sartre, but he was not a slogan-monger so he never came to the front. He remained silent, wrote silently, died silently. Many people in the world do not know that he is no more. He was such a silent man – but what he has written, THE MYTH OF SISYPHUS, is very eloquent. THE MYTH OF SISYPHUS is one of the greatest works of art ever produced.

note: Osho’s referred to author “Marcel” is probably Gabriel Marcel, another French existentialist, 25 years older than Camus, who is said to have coined the word “existentialism” for the European 20th century philosopher group of intellectuals. The author of book “The Myth of Sisyphus” is Albert Camus.

One thought on “Osho on book – The Myth of Sisyphus”