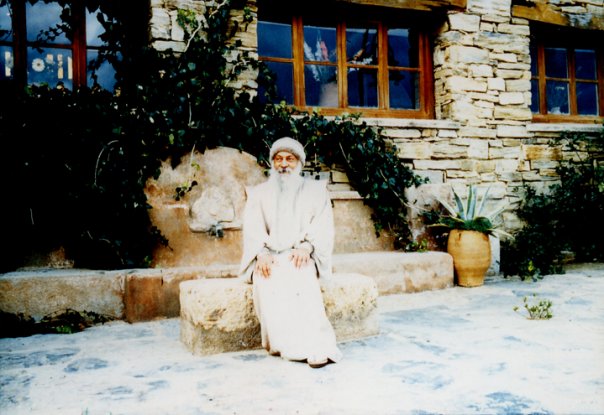 Osho : The root problem of all problems is mind itself. The first thing to be understood is what this mind is, of what stuff it is made; whether it is an entity or just a process; whether it is substantial, or just dreamlike. And unless you know the nature of the mind, you will not be able to solve any problems of your life.

You may try hard, but if you try to solve single, individual problems, you are bound to be a failure – that is absolutely certain – because in fact no individual problem exists: mind is the problem. If you solve this problem or that, it won’t help because the root remains untouched.

It is just like cutting branches of a tree, pruning the leaves, and not uprooting it. New leaves will come, new branches will sprout – even more than before; pruning helps a tree to become thicker. Unless you know how to uproot it, your fight is baseless, it is foolish. You will destroy yourself, not the tree.

In fighting you will waste your energy, time, life, and the tree will go on becoming more and more strong, far thicker and dense. And you will be surprised what is happening: you are doing so much hard work, trying to solve this problem and that, and they go on growing, increasing. Even if one problem is solved, suddenly ten problems take its place.

Don’t try to solve individual, single problems – there are none: MIND ITSELF IS THE PROBLEM. But mind is hidden underground; that’s why I call it the root, it is not apparent. Whenever you come across a problem the problem is above ground, you can see it – that’s why you are deceived by it.

Always remember, the visible is never the root; the root always remains invisible, the root is always hidden. Never fight with the visible; otherwise you will fight with shadows. You may waste yourself, but there cannot be any transformation in your life, the same problems will crop up again and again and again. You can observe your own life and you will see what I mean.

I am not talking about any theory about the mind, just the ”facticity” of it. This is the fact: mind has to be solved. People come to me and they ask, ”How to attain a peaceful mind?” I say to them, ”There exists nothing like that: peaceful mind. Never heard of it.”

If you do, from the very beginning you are moving in an impossible dimension. So the first thing is to understand the nature of the mind, only then can something be done If you watch, you will never come across any entity like mind. It is not a thing, it is just a process; it is not a thing, it is like a crowd.

Watch the mind and see where it is, what it is. You will feel thoughts floating and there will be intervals. And if you watch long, you will see that intervals are more than the thoughts, because each thought has to be separate from another thought; in fact, each word has to be separate from another word. The deeper you go, you will find more and more gaps, bigger and bigger gaps. A thought floats, then comes a gap where no thought exists; then another thought comes, another gap follows.

If you are unconscious you cannot see the gaps; you jump from one thought to another, you never see the gap. If you become aware you will see more and more gaps. If you become perfectly aware, then miles of gaps will be revealed to you. And in those gaps, SATORIS happen. In those gaps the truth knocks at your door. In those gaps, the guest comes. In those gaps God is realized, or whatsoever way you like to express it. And when awareness is absolute, then there is only a vast gap of nothingness.

It is just like clouds: clouds move. They can be so thick that you cannot see the sky hidden behind. The vast blueness of the sky is lost, you are covered with clouds. Then you go on watching: one cloud moves and another has not come into the vision yet – and suddenly a peek into the blueness of the vast sky.

The same happens inside: you are the vast blueness of the sky, and thoughts are just like clouds hovering around you, filling you. But the gaps exist, the sky exists. To have a glimpse of the sky is SATORI, and to become the sky is SAMADHI. From satori to samadhi, the whole process is a deep insight into the mind, nothing else.

Mind doesn’t exist as an entity – the first thing. Only thoughts exist. The second thing: the thoughts exist separate from you, they are not one with your nature, they come and go – you remain, you persist. You are like the sky: never comes, never goes, it is always there. Clouds come and go, they are momentary phenomena, they are not eternal.

Even if you try to cling to a thought, you cannot retain it for long; it has to go, it has its own birth and death. Thoughts are not yours, they don’t belong to you. They come as visitors, guests, but they are not the host. Watch deeply, then you will become the host and thoughts will be the guests. And as guests they are beautiful, but if you forget completely that you are the host and they become the hosts, then you are in a mess.

This is what hell is. You are the master of the house, the house belongs to you, and guests have become the masters. Receive them, take care of them, but don’t get identified with them; otherwise, they will become the masters. The mind becomes the problem because you have taken thoughts so deeply inside you that you have forgotten completely the distance; that they are visitors, they come and go.

Always remember that which abides: that is your nature, your TAO. Always be attentive to that which never comes and never goes, just like the sky. Change the gestalt: don’t be focused on the visitors, remain rooted in the host; the visitors will come and go. Of course, there are bad visitors and good visitors, but you need not be worried about them.

Then you forget the eternal and the MOMENTARY becomes significant. The momentary is the world; the eternal is divine. This is the second insight to be attained, that you are the host and thoughts are guests. The third thing, if you go on watching, will be realized soon. The third thing is that thoughts are foreign, intruders, outsiders. NO THOUGHT IS YOURS. They always come from without, you are just a passage.

A bird comes into the house from one door, and flies out from another: just like that a thought comes into you and goes out of you. You go on thinking that thoughts are yours. Not only that, you fight for your thoughts, you say, ”This is my thought, this is true.” You discuss, you debate, you argue about it, you try to prove that, ”This is my thought.” No thought is yours, no thought is original – all thoughts are borrowed.

And not secondhand, because millions of people have claimed those same thoughts before you. Thought is just as outside as a thing. Somewhere, the great physicist, Eddington, has said that the deeper science goes into matter, the more it becomes a realization that things are thoughts. That may be so, I am not a physicist, but from the other end I would like to tell you that Eddington may be true that things look more and more like thoughts if you go deeper; if you go deeper into yourself, thoughts will look more and more like things.

Thoughts are things, they are forces, but they don’t belong to you. They come to you; they abide for a while in you and then they leave you. The whole universe is filled with thoughts and things. Things are just the physical part of thoughts, and thoughts are the mental part of things.

Because of this fact, many miracles happen – because thoughts are things. If a person continuously thinks about you and your welfare, it will happen – because he is throwing a continuous force at you. That’s why blessings are useful, helpful. If you can be blessed by someone who has attained no-mind, the blessing is going to be true – because a man who never uses thought accumulates thought energy, so whatsoever he says is going to be true.

In all the Eastern traditions, before a person starts learning no-mind, there are techniques and much emphasis that he should stop being negative, because if you once attain to no-mind and your trend remains negative, you can become a dangerous force. Before the no-mind is attained, one should become absolutely positive. That is the whole difference between white and black magic.