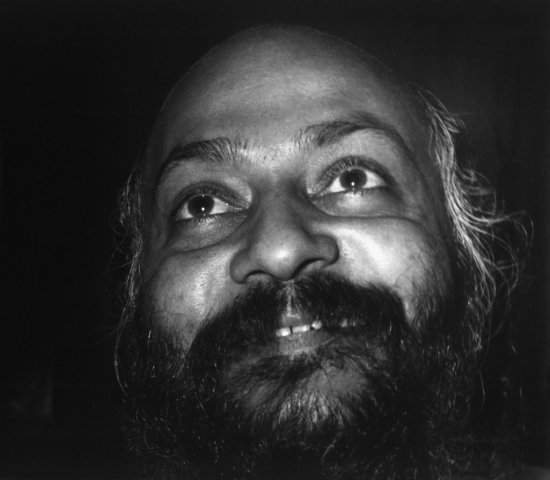 You can sit very easily when you are doing something else but the moment you are just sitting and doing nothing, it becomes a problem. Every fiber of the body begins to move inside; every vein, every muscle, begins to move. You will begin to feel a subtle trembling; you will be aware of many points in the body of which you have never been aware before. And the more you try to just sit, the more movement you will feel inside you.

So sitting can be used only if you have done other things first. You can just walk, that is easier. You can just dance, that is even easier. And after you have been doing other things that are easier, then you can sit. Sitting in a buddha posture is the last thing to do really; it should never be done in the beginning. Only after you have begun to feel identified totally with movement can you begin to feel totally identified with nonmovement.

So I never tell people to begin with just sitting. Begin from where beginning is easy, otherwise you will begin to feel many things unnecessarily – things that are not there. If you begin with sitting, you will feel much disturbance inside. The more you try to just sit, the more disturbance will be felt; you will become aware only of your insane mind and nothing else. It will create depression, you will feel frustrated.

It has happened before, so many times; so I never suggest anything that can create frustration, depression, sadness – anything that will allow you to be too aware of your insanity. You may not be ready to be aware of all the insanity that is inside you; you must be allowed to get to know certain things gradually. Knowledge is not always good; it must unfold itself slowly as your capacity to absorb it grows.

I begin with your insanity, not with a sitting posture; I allow your insanity. If you dance madly, the opposite happens within you. With a mad dance, you begin to be aware of a silent point within you; with sitting silently, you begin to be aware of madness. The opposite is always the point of awareness. With your dancing madly, chaotically, with crying, with chaotic breathing, I allow your madness.

Then you begin to be aware of a subtle point, a deep point inside you which is silent and still, in contrast to the madness on the periphery. You will feel very blissful; at your center there is an inner silence. But if you are just sitting, then the inner one is the mad one; you are silent on the outside, but inside you are mad.

If you begin with something active – something positive, alive, moving – it will be better; then you will begin to feel an inner stillness growing. The more it grows, the more it will be possible for you to use a sitting posture or a lying posture – the more silent meditation will be possible. But by then things will be different, totally different. A meditation technique that begins with movement, action, helps you in other ways, also. It becomes a catharsis. When you are just sitting, you are frustrated; your mind wants to move and you are just sitting.

Every muscle turns, every nerve turns. You are trying to force something upon yourself that is not natural for you; then you have divided yourself into the one who is forcing and the one who is being forced. And really, the part that is being forced and suppressed is the more authentic part; it is a more major part of your mind than the part that is suppressing, and the major part is bound to win.

With a better awareness of the inner mechanism of the mind, the culture could have allowed you to throw many things. For example, when a child is angry we tell him, ”Do not be angry.” He begins to suppress anger. By and by, what was a momentary happening becomes permanent. Now he will not act angry, but he will remain angry. We have accumulated so much anger from what were just momentary things; no one can be angry continuously unless anger has been suppressed.

Anger is a momentary thing that comes and goes: if it is expressed, then you are no longer angry. So with me, I would allow the child to be angry more authentically. Be angry, but be deep in it; do not suppress it.