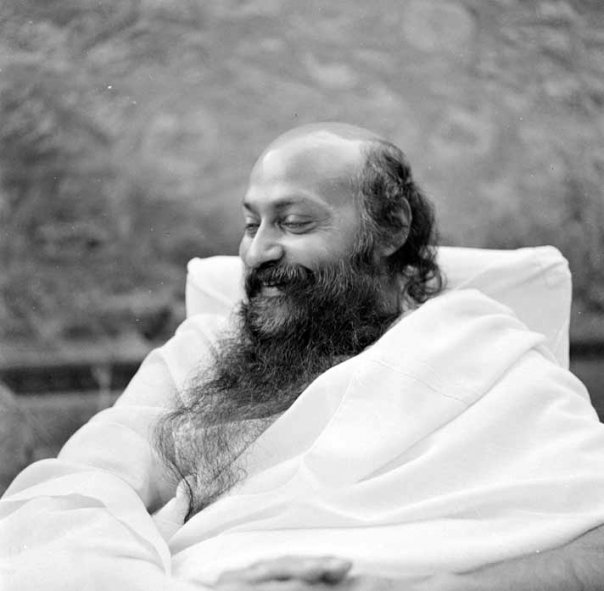 QUESTION – OSHO, WHAT MESSAGE DO YOU HAVE FOR THE WORLD SYMPOSIUM ON HUMANITY?

OSHO – Krishna Prem, I TEACH A NEW MAN, a new humanity, a new concept of being in the world. I proclaim HOMO NOVUS. The old man is dying, and there is no need to help it survive any more. The old man is on the deathbed: don’t mourn for it — help it to die. Because only with the death of the old can the new be born. The cessation of the old is the beginning of the new.

My message to humanity is: Enough is enough. Awake! See what man has done to man himself. In three thousand years man has fought five thousand wars. You cannot call this humanity healthy. And only once in a while has a Buddha bloomed. If in the garden only once in a while a plant brings a flower, and otherwise the whole garden remains without flowers, will you call it a garden? Something very basic has gone wrong. Each person is born to be a Buddha: less than that is not going to fulfill you. I declare to you your Buddhahood.

But what has gone wrong? Why has man lived for thousands of years in a kind of hell? For thousands of years we have lived with an either/or concept of man as a kind of battleground between the lower and the higher, the material and the spiritual, the worldly and the other-worldly, between good and evil, between God and the Devil. The consequences of such have severely limited human potential.

This has been the root cause of man’s misery. A man divided against himself is going to remain in hell. Heaven is born when man is no more divided against himself. Man split means misery and man integrated means bliss. Up to now, humanity has been schizophrenic — because you have been told to repress, to reject, to deny, many parts of your natural being. And by rejecting them, by denying them, you cannot destroy them — they simply go underground. They go on functioning from your unconsCious; they become really more dangerous.

Man is an organic whole. And all that God has given to man has to be used; nothing has to be denied. Man can become an orchestra; all that is needed is the art of creating a harmony within oneself. But your so-called religions have been teaching you ways of disharmony, ways of discord, ways of conflict. And when you are fighting with yourself you go on dissipating your energy. You remain dull, unintelligent, stupid — because without great energy nobody is ever intelligent. When energy overflows there is intelligence. Energy overflowing is what causes intelligence to grow. And man has lived in an inward poverty.

My sannyasins, my people, are the first rays of that new man, of that HOMO NOVUS. The inner division has led humanity into a state of suicide. It has created only slaves — and slaves CAN’T really live, they have nothing to live for. They are living for others. They have been reduced to machines — skillful, efficient, but a machine is a machine. And the machine cannot have the joy of living. It cannot celebrate, it can only suffer.

Live it in its totality — and living life in totality brings transcendence. Then the meeting of the earth and the sky is tremendously beautiful; there is nothing wrong. Then the polarities disappear into each other and the polar opposites become complementaries. But the old man was not really human. He was a humanoid, a HOMO MECHANICUS — a man who is not really whole. And the man who is not whole can never be holy.

The new man is coming, arriving, every day. He is in a minority, it is natural — but the new mutants have arrived, the new seeds have arrived. And this century, the end of this century, is going to see either the death of all humanity or the birth of a new human being. And it all depends on you. If you remain clinging to the old, then the old man has prepared in every way to commit a great suicide, a universal suicide. The old man is ready to die; the old man has lost the zest to live.

That’s why all the countries are preparing for war. And the Third World War will be a total war. Nobody is going to be a winner, because nobody is going to survive it. Not only is man going to be destroyed but all life on earth.
Beware! Beware of your politicians — they are all suicidal. Beware of the old conditioning which divides you as Indians, as Germans, as Japanese, as Americans. The new man has to be universal. He will transcend all barriers of race, religion, sex, colour. The new man will not be of the East or of the West; the new man will claim the whole earth as his home.

Only then can humanity survive — and not only survive — with the coming of a new concept of man…. The old is the concept of either/or: the new will be both/and. Man has to live a rich life outwards and a rich life inwards; there is no need to choose. The inner life is not against the outer life; they are part of one rhythm.

The new man is no battle ground, no split personality, but an image of man unified, unique, fully synergic with life in its totality. The new man embodies a more viable, mutant image of man, a new way of being in the cosmos, a qualitatively different way of perceiving and experiencing reality. So please don’t mourn the passing of the old. Rejoice that the old is dying, the night is dying, and the dawn is on the horizon. I am glad, utterly glad, that the traditional man is disappearing — that the old churches are becoming ruins, that the old temples are deserted. I am IMMENSELY glad that the old morality is falling flat on the ground.

The new man brings a new world with him. Right now the new man is bound to be a mutant minority — but he is the carrier of a new culture, the seed. Help him. Announce his arrival from the housetops: that is my message to you.
The new man is open and honest. He is transparently real, authentic and self-disclosing. He will not be a hypocrite. He will not live through goals: he will live herenow. He will know only one time, now, and only one space, here. And through that presence he will know what God is. Rejoice! The new man is coming, the old is going. The old is already on the cross, and the new is already on the horizon. Rejoice! I say again and again, Rejoice!