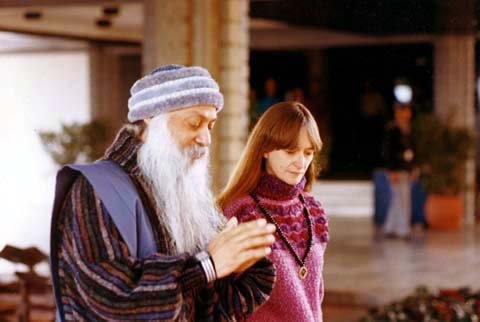 To endure violence is injustice, and it is not proper to endure injustice. And the slogan of nonviolence, of which I am talking about is spiritual. And if we wish to discuss social nonviolence, there will always be a relative law of nonviolence also. It will accommodate both violence and nonviolence. These two will be mixed there, it will be like a Mixed Economy. Violence and nonviolence stand side by side here; only their aspects go on changing. Complete or total nonviolence is not possible on the social level. It is extremely difficult to achieve total nonviolence even on an individual level. It is not proper even to hope when we shall achieve it on a society level and a mass level. It is as improper as to hope for self-realisation on a society mass level .

If persons like Mahavira or Buddha return to one new birth, their one desire at least has remained unfulfilled and that was to tell others what they had known. That is also a desire in its true sense. If I have got something which I wish to tell others, I shall return. But that is also a desire, the final desire. But when that desire is crossed, how can one return? Those who achieve self-knowledge, disappear into the space. They become one with that great ‘Cosmos’, with that great ‘Consciousness’.

Nonviolence can never become a fact on the social level. Therefore those who have advocated nonviolence on the social level, have admitted the presence of violence; they will have to do so. Violence will continue. Then violence and nonviolence will be the two aspects of the society according to its necessity. There will be nonviolence when it is required, and there will be violence when i; is necessary and it will be adopted. When India was fighting for freedom, the freedom fighter was nonviolent. And when he got power, he became violent. It was possible to fight nonviolence for freedom because there was no scope to fight violently. But on achieving authority, the nonviolent fighter did not think of ruling nonviolently.

The English did not use their guns as much as these nonviolent people have done in this country. One who considers nonviolence a matter of policy, or a convenience of the society, will become violent if necessity arises. It will be a matter of convenience for him whether to be violent or nonviolent. But Mahavira can never be made violent under any circumstances. To him nonviolence is not a social policy or principle, it is a spiritual truth. It is not a matter of convenience for him so that he can be whatever he likes. It is the great destiny for him. Everything can be sacrificed for nonviolence; even the self can be sacrificed. But it is possible only for an individual to be such a nonviolent person. And if a society ever commits a mistake of turning nonviolent, it will simply be come cowardly, but cannot be nonviolent.

May 26, 2012
Osho on Body Vegetarianism Non-Violence