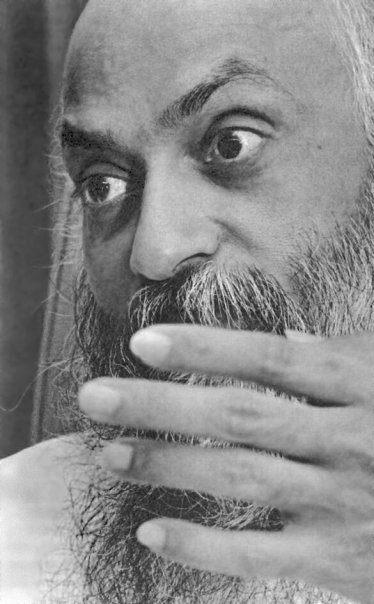 Question – You talk a lot about people obsesssed with sex — but what is obsession? Obsession with food or clothes or cleaniness, etcetera?

Osho – Prem Aniruddha, OBSESSION SIMPLY MEANS you are paying too much attention and energy to something which is not that important. Out of all proportion you have become focussed, hypnotized by something. Obsession is a kind of hypnosis that you have created within yourself. Then everything else disappears in your life and only one thing remains that becomes your focal point. Your life becomes one-dimensional: that is obsession.

Life has to be multi-dimensional. There are people who are thinking only of sex, only of sex — twenty-four hours a day. Deep down in their minds it is always lurking. They may be doing something else, but they are thinking of sex. Then it is an obsession. Sex itself is not an obsession, remember — I am not against sex. I am not against anything. Obsession means now sex has taken the place of everything. There are people who are obsessed with food; they are continuously thinking of food. And there can be a positive obsession or a negative obsession.

Now, this is obsession. Food is not an obsession — twice or thrice it is okay, as is your need. It is a physical need, you need nourishment, but to become a Nero is pathological. Then there are people negatively obsessed with food. You can find them in India — they fast. They are continuously thinking of food, as if food is the only barrier to God and fasting is enough to take them to the ultimate. They are masochists torturing themselves. That is a negative obsession. And when you are fasting you are thinking of food, as much as Nero was thinking of food — Nero may not have been thinking so much. There was no time to think: if you eat twenty times, when will you think? But the person who is on a fast has twenty-four hours available. And when you fast you cannot sleep, because the body is hungry.

Sleep is a need when the body is fully nourished. You cannot sleep when you are on a fast — one or two hours at the most. So twenty-two hours you are thinking, and those two hours you will be dreaming about food. This is a negative obsession.

There are people positively obsessed with sex, who only think of sex and nothing else. In everything they think of sex. And there are negatively obsessed people: these people you call celibates, monks, brahmacharins, they are continuously thinking of sex too — in a negative way.

A passionate millionaire has fallen in love and broken women’s hearts countless times. He begins each letter to his new sweethearts: “My darling, and gentlemen of the jury…” because marriage means divorce.

Obsession means your life is hypnotized by one thing, you have lost all sense of proportion. Then your life will be ugly, stupid.

Herman loved food, food was his beloved. Food was his religion, food was his God. He would have agreed absolutely with the Indian seers who declared, “ANAM BRAHM — food is God.” Of course. in a totally different sense.
Fearing a future world famine — and he was always afraid of a world famine — Herman hoarded a ten-year supply of canned food.

“Herman,” complained his wife, “what are we going to do? The garage and the house are stacked to the ceiling with canned goods.”
“Don’t worry,” answered Herman. “I know what I am doing.”
“Herman,” wailed his wife, “don’t you get tired of moving these cases of cans each time we go to bed? Our bedroom is like a warehouse!”
“Don’t worry,” Herman assured her. “We will never go hungry.”
But one night Herman had such terrible stomach cramps a doctor had to be summoned. Carrying his kit through a maze of cases, the doctor somehow found the moaning patient.
“Doctor,” cried Herman, “is it possible that eating so much canned food has affected my stomach?”
The doctor examined Herman. “No, it is not the food you ate,” diagnosed the doctor. “It is the food you lifted. You have a hernia.”

And you will find these people everywhere. There are people who think only of money — as if their whole life has only one goal: to leave in the world as big a bank balance as possible. There are people who only want some political power. Their whole life is devoted to only one thing: how to become the president of a country, or the prime minister of a country. These are obsessed people. They have missed their whole lives, they cannot enjoy anything. They are not herenow, they are always focussed on their single idea.

She was so mad that the whole day she was scrubbing floors and cleaning walls and the furniture. Her house was worth seeing — but only worth seeing, not to be used at all. She would not invite any guest, because if their children came then there would be trouble. Even her husband would not use the furniture, because if something was scratched then there would be trouble. Now cleanliness is one thing, good, but cleanliness is not all.