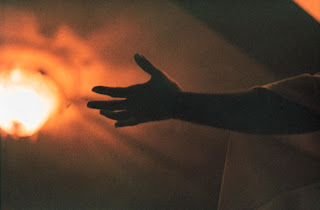 Osho : Omar Khayyam, one of the Sufi mystics, says in his RUBAIYAT: “Don’t be worried about your small sins. They are so small that God, out of his love, cannot even count them. And God is compassionate, he will forgive you.” Omar Khayyam says, “I guarantee that you will be forgiven, don’t be worried. What you are doing are just small things, and God cannot take note of these small things. He cannot be so nasty, so small minded, so pigheaded!”

Omar Khayyam is right. God means love, God means forgiveness; there is no question of fear. But people are afraid of God also for the simple reason that their God is again a projection of ambition.

One cannot believe, reading Omar Khayyam’s RUBAIYAT, that he was a great mathematician. One cannot conceive of what kind of mathematician he was, because his poetry is so pure. How can a mathematician attain to such purity of poetry?

But now you can understand how it happened. When you come to the extreme point of your reason, and if you are still available, not closed — if you have not concluded, this way or that way, if you have not yet become a theist or an atheist, if you still have the awareness that reason remains inconclusive — then you will be taken in by his presence. He will appear as a master and will take you in. And then it can happen in a single moment. When one is standing on the boundary, then in a single moment one can enter into the unknowable. 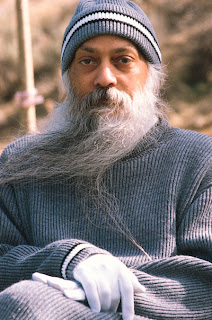 Osho : When Fitzgerald, a very talented poet, translated Omar Khayyam, a Sufi mystic, he did something almost impossible, because Omar Khayyam, in the original, does not seem to be so impressive as he becomes in the translation of Fitzgerald. And the reason is, Fitzgerald had no idea that Omar Khayyam was talking about God, not about a woman.

The Sufis call God saki. Saki is the woman in the pub who pours wine for the customers. Particularly in the Arabic and Persian nations, the sakis are chosen just as in the West you choose Miss World, Miss universe, Miss America. The saki is chosen just like that. The most beautiful girl in the city will become the saki. The most beautiful women move into the profession of being the saki. And Sufis call God “saki”.

Now, a mathematician writing poetry — you understand, it cannot be juicy. From where can a mathematician get juice? Then over and above that, he is a Sufi, a seeker of God. There is no place for any woman in his life; he lived a celibate life.

Fitzgerald never bothered about the man’s life. Before he translated his poetry he should at least have looked to see whether this man was capable of writing poetry about women. He was a celibate mathematician! A Sufi! But Sufis remaining celibate think of God as a woman, dream of God as a woman, the most beautiful woman of course — there can be no comparison with God. So they pour all their sexuality on the image of God, the beloved. He is not a man.

In Omar Khayyam’s book — it is an illustrated book — naturally Fitzgerald saw the most beautiful pictures of women pouring wine. He thought that this was really a woman. And he looked at the poetry; it talks about the woman. Sufis are very angry: Fitzgerald made Omar Khayyam world famous, while their real poets of Persia are unknown to the world. This man was not thought to be a poet at all. Once you understand that this woman is not a real woman but God looked at through the eyes of a celibate Sufi… it is an hallucination.
Pin It