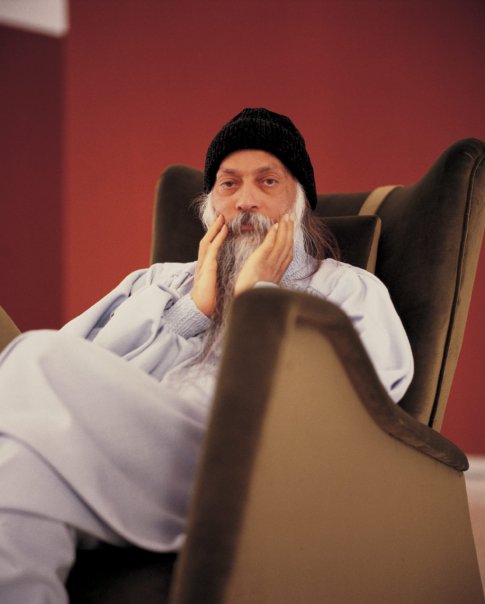 Osho – Just the other day I was reading an article on Oscar, the founder of Arica. The man who was interviewing him was a little surprised to see that he was continuously smoking, so he asked, ‘Why are you smoking so much and why do you smoke?’ At least Oscar was true. He said, ‘Whenever I feel nervous I smoke, it helps.’

If a person like Oscar, who has become a master to many people in America, is still nervous and needs smoking to help his nervousness, then what is going to happen to help his followers? He must have controlled himself.

Controlled persons are always nervous because deep down turmoil is still hidden. If you are uncontrolled, flowing, alive, then you are not nervous. There is no question of being nervous — whatsoever happens, happens. You have no expectations for the future, you are not performing. Then why should you be nervous?

A man of meditation comes to a point where there is no temptation left. Try to understand it. Temptation never comes from without, it is the repressed desire, repressed energy, repressed anger, repressed sex, repressed greed, that creates temptation. Temptation comes from within YOU, it has nothing to do with the without. It is not that a devil comes and tempts you, it is your own repressed mind that becomes devilish and wants to take revenge. To control that mind one has to remain so cold and frozen that no life energy is allowed to move into your limbs, into your body. If energy is allowed to move, those repressions will surface. That’s why people have learned how to be cold, how to touch others and yet not touch them, how to see people and yet not see them.

People live with cliches — ‘Hallo. How are you?’ Nobody means anything. These are just to avoid the real encounter of two persons. People don’t look into each other’s eyes, they don’t hold hands, they don’t try to feel each other’s energy, they don’t allow each Other to pour. Very afraid. Somehow just managing. Cold and dead. In a strait-jacket.

A man of meditation has learned how to be full of energy, at the maximum, optimum. He lives at the peak, he makes his abode at the peak. Certainly he has a warmth but it is not feverish, it only shows life. He is not hot, he is cool, because he is not carried away by desires. He is so happy, that he is no longer seeking any happiness. He is so at ease, he is so at home, he is not going anywhere, he is not running and chasing… he is very cool. In Latin there is a dictum: agere sequitur esse — to do follows to be; action follows being. It is tremendously beautiful.

Don’t try to change your action; try to find out your being, and action will follow. The action is secondary; being is primary. Action is something that you do; being is something that you are. Action comes out of you, action is just a fragment. Even if all of your actions are collected together they will not be equal to your being because all actions collected together will be your past. What about your future? Your being contains your past, your future, your present; your being contains your eternity. Your actions, even if all collected, will just be of the past. Past is limited. Future is unlimited. That which has happened is limited, it can be defined, it has already happened. That which has not
happened is unlimited, indefinable. Your being contains eternity, your actions contain only your past.

So it is possible that a man who has been a sinner up to this moment can become a saint the next. Never judge a man by his actions; judge a man by his being. Sinners have become saints and saints have fallen and become sinners. Each saint has a past and each sinner has a future. Never judge a man by his actions. But there is no other way because you have not known even your own being, how can you see the being of others? Once you know your own being you will learn the language, you will know the clue of how to look into another’s being. You can see into others only to the extent that you can see into yourself. If you have seen yourself through and through, you become capable of seeing into others through and through.