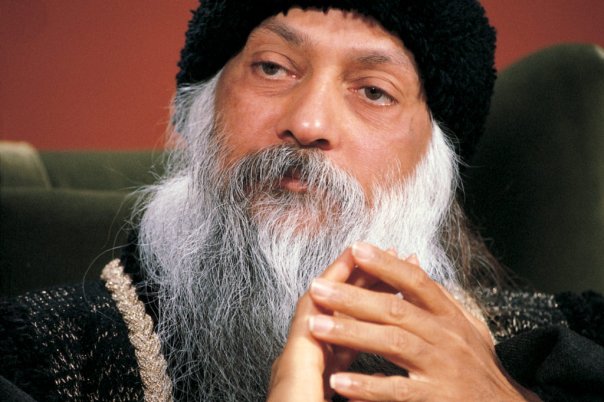 [An indian sannyasin, here on visit from kenya, said that she was concerned about what she felt was her overprotective attitude to her eighteen-year-old son. He also felt he was overprotected and that he was not allowed to do those things that other boys of his age were doing. She added that he had fits occasionally, but apart from that, there were no other problems.]

Osho – It will be good if you send him here because I will have to talk to him. The problem is that if you feel your overprotection and too much love has damaged him, now this too much caring about him is again part of your being too protecting. Now you want to protect him from damage. And if protection has damaged him, then this again is the same game. So I have to understand him and what exactly his problem is; whether there is really any problem or it is just your overprotection which still thinks there is a problem.

This is an eternal problem. It has nothing to do with you. If parents protect too much, one day or other the children are going to say that you repressed them, you didn’t allow them things which others were doing. They have a grudge, and parents feel very miserable because they always wanted to help them, and now this has happened. Now what to do? If parents are underprotective the children feel they are not cared about, that nobody bothers about where they are going, what they are doing; nobody cares about them.

And both have been tried. It has almost become a fashion in world history that one age tries one thing and then there are problems, so the next generation tries another thing, and then there are problems. This way the swing goes on moving from right to left, from left to right. Too much protection creates repression. Underprotection allows a vulnerable child to move into a world which is ugly and where a thousand and one things are happening which are easy to learn and will be very difficult to unlearn.

So don’t feel guilty. There is no need to feel guilty about it. The problem is bound to come; you cannot avoid it. You can avoid being a parent (a little chuckle), but you cannot avoid the problems that arise out of being a parent. It is part of a responsibility, a great responsibility. So the only thing possible now that you are alert, is to first send him. And send him alone – that will be good; don’t come with him.

A greater problem arises when a child becomes indulgent. He may learn drinking, he may learn smoking, he may learn some perverted sexuality, and then it is very difficult to bring him back, because now it is a question of unlearning. It is not only a question of energy being released. So you should be happy that you have not made this mistake. And only two mistakes are possible, so you have done the lesser evil.

There is nothing to be worried about, but educated parents become very worried – and particularly in this age when freud and freudians all over the world have taught that the parents are the culprits. So people are reading this, and the whole climate is against parents. They start feeling, ’Something must be wrong with us, with what we have done. Now what to do?’ But you are still thinking in terms of what to do. But you will be the doer – and that is the problem.

So I will see him and then I will decide what to do. It may simply be that you need not do anything. Simply leave him as he is. Sometimes non-doing does many things which doing cannot do. Simply say to him, ’Now you are of age, we are finished. Whatsoever we could do, good or bad, we did. There was no other way. Now you are free to do whatsoever you like.’