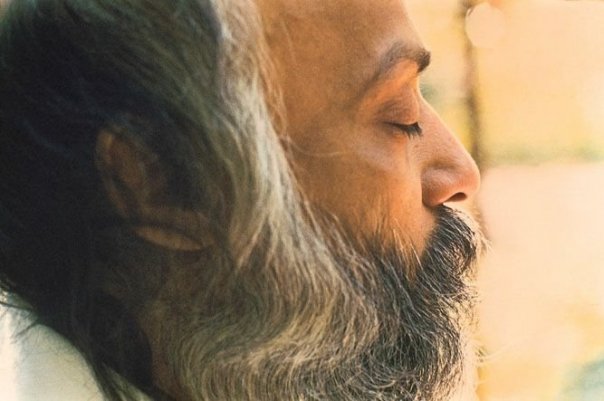 Osho – Turio. One of the greatest enlightened masters of the whole of history was Patanjali, who found the school of yoga. He divides man’s consciousness in four stages.
The first is the ordinary waking state; it is only so-called waking, it is not real awakening because only a superficial part, just the tip of the iceberg, has a little consciousness, but nine times bigger than this is the unconscious underneath it. It is a superficial consciousness, hence it is called so-called waking state.

The second state he calls dreaming. It is a strange phenomenon that we are closer to our reality in dreaming than we are in the so-called waking state, because when we are awake we are hypocrites. We not only deceive others, we deceive ourselves too; we pretend to be somebody who we are not; we say one thing, we do another. We have many masks. It is very difficult to find the original face of a person — he himself has forgotten what his original face is. But in dreaming we a little closer to our real self.

Sigmund Freud, Carl Gustav Jung or Alfred Adler are not the first people to discover that the analysis of his dreams can give us many clues about the reality of a person; Patanjali was the first man. He existed exactly three thousand years before Sigmund Freud; he should be called the father of all psychology. He went farther and deeper than Sigmund Freud; he went the whole way, he has not left a single stone unturned.

Dreaming is the second stage, in which we are truer. If our dreams could be understood we would see our authenticity, because then we are not Christians nor Hindus nor Mohammedans, neither moral nor immoral, we are simply whatsoever we are. All masks disappear.

But Sigmund Freud and the Freudian school that grew out of his insight depends on a psychoanalyst. Now, he himself has a mind and when he starts analysing your dreams, of course his interpretation is his interpretation. That’s why the same dream will be analysed in a different way by different psychoanalysts. You can go to the Freudian and he will find nothing but sexuality in it. What you dream, that does not matter; he will manipulate it in such a way that it becomes sexual. If you dream of trees they are nothing but phallic symbols, if you dream of mountains they are nothing but phallic symbols, if you dream of rockets they are phallic symbols. Whatsoever you dream… you cannot find a dream which a Freudian will not be able to interpret as having a sexual colour. It is his idea and he is going to impose that idea upon it. Take the same dream to the Adlerian and he will interpret it as a will to power. The same rocket now becomes will to powers you want to rise higher and higher. The same tree is no more a phallic symbol; it simply means you desire to become bigger and bigger and grow like a tree touching the stars, the far-away stars. That is your destination, the power trip. Take the same dream to the Jungian and he will find something else, something very esoteric. And now there are many more schools available….

Patanjali is not in favour of the analysis of dreams. He says meditate on your dreams. Except for you nobody can know the exact meaning. Either go to a Buddha who has no mind of his own, who has no ideology, no dogma, to interpret it, to give it a certain colour, to emphasise a certain concept, a certain prejudice, that he is already carrying. Either go to a Buddha or the best way is to meditate over it, silently watch it, and in that watchfulness you will come across the third layer. Just hidden underneath the dreams is a third state of consciousness: dreamless sleep.

It happens every night. When you are not dreaming but simply sleeping, there are almost eight cycles every night. You will dream for a time then there is a dreamless pause, a rest, because dreaming is a very tiring process, very exhausting. So you take a little rest, and when you are rested you start dreaming again.

If you meditate you will find those small intervals. That will give you the insight into the third state — dreamless sleep — which is even closer to reality than dreams. Modern psychology has yet to discover it.

And then Patanjali says now the most difficult task for the seeker is to meditate on dreamless sleep. If one meditates and watches one’s dreamless sleep, those pauses, then one becomes aware of the fourth. Turio simply means the fourth — no name is given to it. And no name is given to it for a significant reason, it is simply called the fourth; so that you don’t start interpreting it a number is given rather than a name.

This is the real awakening, this is the state of Buddhahood, of Christ-consciousness. Only when you are in the fourth state will you know your original face. In the first you are the farthest away from your original face, in the second a little closer, in the third a little closer; in the fourth you are centred at the very core of your being. And that centring is the only revelation of truth, of freedom, of love, of bliss, of all that is worthwhile, of all that is significant. One enters into a world of eternal celebration; then there is no fall from it, then there is no going back. That is the ultimate goal of sannyas.