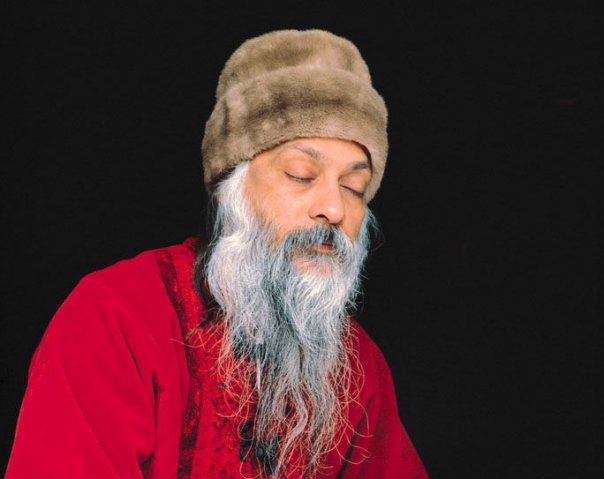 Patience has been used as part of an exploitation of people in every field, but patience itself is a beautiful quality. You should not allow your patience to be exploited. But to be patient, to me means trust — trust in nature, trust in existence, trust in yourself. Things are going to be better every day; whatever happens, your patience finds in it something better for you. It is a very great alchemy; it changes suffering into blessing. It is a great instrument in your hands, you just have to understand that the instrument has to be used by you, not by others on you.

Patience consists of seeing things in a way that everything becomes a joy to you. For example, you can see that every day has been sandwiched between two dark nights. That will give you good misery and sadness — what a life it is… just a small day and two big, dark nights.

A man of understanding will see that every night is so small between two beautiful sunny days. Life is the same — your outlook changes. There are people who will not look at the roseflower, they will look at the thorns. They will be in deep despair that existence cannot even produce roses without thorns, but they are paying more attention to thorns than to roses.

A man of understanding will love the rose, and will take the thorn as a protection for the rose. It is a protection; the same rosebush is supplying juice to both — to the rose and to the thorn. The thorn must have some natural function. Its function is to protect the rose — it is a soldier, a guard.
Once you see life just from a different angle, your heart starts throbbing in a different way. Everything can be looked at with negative eyes, and there are people who will think about everything with negative eyes; they may become good critics, but they will be utter failures in life. There is a way to see life with positive eyes.

I was visiting a palace in Jaipur in India. Jaipur is one of the most beautiful cities in the world. The man who was creating it, Maharaja Jai Singh, wanted to defeat Paris, but he died before he could complete the project. So Jaipur has remained incomplete, but it has tremendous beauty. No city in India has that quality.

I was visiting his palace. His grandson, who is now in the place of the grandfather, said to me, “Please, don’t take note if you see something incomplete in the palace.”
I said, “What is the matter?”
He said, “My grandfather had a certain idea that nothing should be made complete, that then it has a certain kind of deadness; something should remain incomplete… possibilities for growth. And by coincidence he could not complete Jaipur. He died. And this was his whole life’s philosophy; he never made anything complete. Something will be missing in it, and the people who come with negative eyes immediately see the missing thing. The whole palace is so beautiful, but their whole concern becomes concentrated on a small stone that is missing, and they become frustrated.” Perhaps Maharaja Jai Singh had some understanding of life.

In the last thirty years I have not felt, even for a single moment, any impatience, and I have seen that everything goes on becoming better. Existence itself is involved; we are part of it — there is no need to worry. Even something that looks dark today may prove just the beginning of a new dawn. Before the dawn the night is the darkest. Just watch life.

Try to understand life and patience will come to you on its own accord. I was in jail in America. In the first jail the sheriff of the jail asked me, “Perhaps you would never have thought that you would be in a jail.”
I said, “I keep my future open. I can be anywhere… even in hell I will not be disturbed.”

He took me to my cell. He said, “It is unjust. You have been arrested without any warrant, without even giving you any calls — you have not been allowed to inform your attorneys. This is simply unjust. In my whole life I have never seen something like this happening.”
I said, “This is a good experience for you. Things like this can happen. To me it makes no difference whether the arrest warrant was there or not, I would have been here anyway. And these days I will be in the jail are going to give me a new experience and a new perspective of life which I would have missed.”
He said, “You seem to be a little bit of a strange type.”
I said, “I am. This is only the beginning. We will come to know each other more.”

And just within two days he became so friendly to me that he was worried that soon I would be freed, and “We will miss you forever.” Because in those two days, thousands of telegrams, telephone calls and telexes and flowers came from all over the world, he said, “I have never seen such a thing. In my jail there have been cabinet ministers, secretaries, great politicians. Nobody cares about them but you seem to be really influential all over the world. Now my wife wants to see you, my children want your autograph, and if you don’t mind, I also want your autograph to show to people that you have been in my jail. I am proud that we had the chance to take care of you for two days.”

He really took good care. He put me in the hospital ward and when I left, even I started thinking, “Should I leave or not?” because all the nurses were crying. I said, “My God, this is difficult.”
Six nurses weeping and saying, “We will miss you.”
I said, “I can understand. I can stay here forever — for me there is no problem — but they won’t let me stay. And you should understand, you are only six; I have left five thousand people in my commune, and one million people around the world who must be crying and weeping. But looking at your faces, it feels like I should forget the world and remain here. I had never thought that jail can be such a beautiful place.”
They said, “It never was. It is you who changed it. When so many telegrams and so many telephone calls started coming we realized we had to clean everything because everybody was concerned about your allergy. We had not cleaned for years.”

Even the old man who had received me into the jail, the head of the jail, had tears in his eyes when he let me out.
He said, “We will remember you — in just two days you changed our whole jail. Our inmates have never been so happy. We have five hundred inmates. They all know you because they all see you on television every day, and they are happy that they had a chance to live with you for two days in the same jail. Now it is no longer a jail for them. It has become a pride for them.”

After twelve days being in five jails, when I came out the last U.S. marshal who took me out of the jail said, “This is strange, you are looking better than you looked when we took you to the jail.”

I said, “That is your fault. What can I do about it? I enjoyed the whole thing. It was such a new experience, and my doctor will be very happy that I have lost eight pounds. Having nothing to do, I was continually walking in the corridors. Not getting my food… I was just taking juice or fruits so it has been tremendously good for my health. And whenever I gain weight again I will inform you and you can arrest me. There is no need of any warrant. There was no warrant this time; next time there is no need for any warrant. And twelve days are not enough! — keep me at least for fifteen days.”

He said, “But nobody likes jail.”
I said, “Who is bothering about the jail? — I like everything. I find something beautiful in it. Sitting in my cell twenty-four hours after thirty years of continually talking to people — this was a great holiday. The nurses were beautiful; they were taking every care, and the inmates were very beautiful. You think them criminals — your bureaucrats are more criminal, more inhuman than the inmates. Wherever I arrived they welcomed me behind the bars showing me the victory sign saying, `Osho, don’t be worried, you will be victorious because they are doing absolutely criminal and wrong things. We have been watching you on the television; we are all with you.`”

Those twelve days are a beautiful memory to me; otherwise the very name `jail’ looks bad — it all depends on how you look at things. In the first jail, the jailer became so interested in me and so angry about the injustice that was being done to me, that he allowed a world press conference inside the jail.
I said, “But it may harm you.”
He said, “I don’t care. I have got only two years before being retired; at the most they can retire me now.”
I asked, “But has there ever been a press conference inside the jail for a prisoner?”
He said, “Never, but we will make history.” He invited all the press and we had a beautiful press conference inside the jail.
The whole of America was shocked.
The government was shocked: “What is the point of keeping this man in jail? He has gained more sympathy from people, and even from jail he is still available to people on television. Millions of people are seeing him who would have never thought about him.”

They cannot destroy it; they have increased it. The number of sannyasins has increased all over the world. And every day it is increasing, for the simple reason that people have become aware that the governments are afraid of me. That means I have some message which can change the whole of society.

Just be patient and be understanding. Everything always goes on going better and better — that is my experience. Whatever happens, ultimately things turn out even better. Now my commune has spread all over the world. The whole credit goes to the fascist government of America.