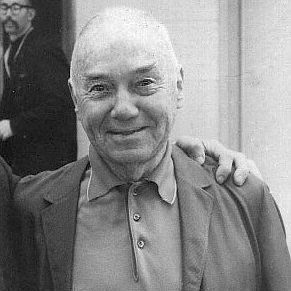 It is a translation of old Zen anecdotes and original writing. I know because I have seen almost all the books written on and about Zen, and nothing compares to Paul Reps’ book. He has caught a glimpse. He has the same flavor as Basho or Rinzai.

The man is still alive somewhere in California. He has in this small book not only collected Zen anecdotes but also VIGYAN BHAIRAV TANTRA – the one hundred and twelve sutras of Shiva to Parvati, his beloved, in which Shiva talks about all the keys possible.

I cannot conceive that there can be anything more to meditation than VIGYAN BHAIRAV TANTRA. One hundred and twelve keys are enough – they seem to be enough; one hundred and thirteen will not look like a right number.

One hundred and twelve looks really esoteric, beautiful. This book is very small, you can carry it in your pocket; it is a pocketbook. But you can also carry the Kohinoor in your pocket… although the Kohinoor is studded in the British crown, and you cannot carry that in your pocket. But the most beautiful thing about Paul Reps is that he has not added a single word of his own – which is incredible.

He has simply translated, just translated – and not only translated, but he has brought the flower of Zen to the English language. That flower is not found in any other English writer on Zen. Even Suzuki has not been able to do it, because he was a Japanese.

Although enlightened he could not bring the flavor of his enlightenment to his English books. Suzuki’s English is beautiful but very unenlightened, perhaps electrified but absolutely unenlightened. Paul Reps has done an almost impossible task, being an American, and yet, I repeat, and yet getting the full flavor of Zen.

And not only getting it for himself but bringing it in ZEN FLESH, ZEN BONES for the whole world too. The world should remain grateful to him forever, although he is not an enlightened person. That is why I say he has done an almost impossible task.