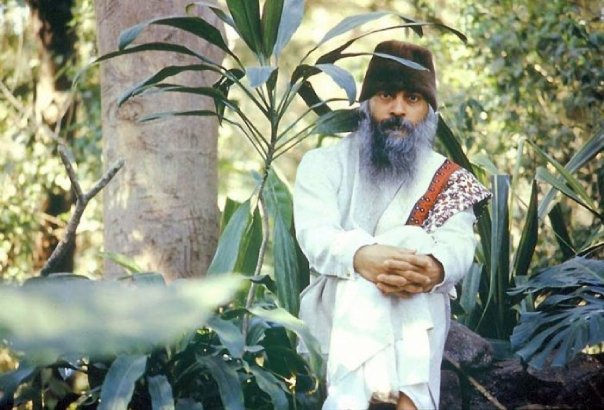 Question – Beloved Osho, What is your definition of Perversion in regard to Sex?

Osho – Sarjano, perversion means your energy is not going in the natural way; the natural way has been blocked, suppressed, condemned. But the energy is there and collecting, it is bound to find some outlet. That outlet will not be natural. That outlet will be perversion. And the whole past of man is nothing else – from different directions, for different excuses you have been told to cut off your natural paths for energy and expression.

Man is an intelligent being. Even unintelligent animals are bound to find some way. In the wild, no animals turn homosexual; there is no need because there is no priest. But man is so much conditioned against a few things – sex being the main one – that if he lives sex naturally, he feels guilty that he is going against God, against religion. If he prevents his natural expressions, then soon his energies start moving into perverted forms.

Just the other day, I received the information that by the end of this century, there will be one billion people suffering from AIDS. And this is the lowest estimate. I don’t feel the number will be so low. The number, according to me, may be double.

AIDS is the ultimate expression of perverted sexual energy. And the wonder is that you are surrounded with such dangerous things…. AIDS can destroy the whole planet, because we don’t have any medicine and the doctors and the scientists are openly saying that there seems to be no possibility, at least in the near future, to find a medicine. So once you have AIDS, your death is certain within six months to two years, and you cannot do anything except wait.

A disease like AIDS has come through homosexuality. It is the ultimate…. And the perversion is not condemned; on the contrary, in different ways it is supported because every religion believes in brahmacharya, in celibacy. Now those who believe in celibacy are standing in the queue – first they will be homosexuals, lesbians and sooner or later, they will receive the ultimate reward, the Nobel prize – AIDS.

Now religions are responsible for it. But this is what I say, human insanity…. In Texas, they have made a law against homosexuality. Now it is a crime in Texas; you can get five to ten years in jail. Texas is a backward state in America. Even I was surprised that one million homosexuals demonstrated against the legislature and these may not be all the homosexuals in the state of Texas. But one million homosexuals! And they made it clear to the government that by making homosexuality illegal, you cannot prevent it. You have made many things illegal in the past, and what have you prevented? Has theft disappeared? Has murder disappeared? Is rape something of the past?

You cannot stop it with your laws because you have never stopped anything with your laws. You are just befooling the masses, making a law so people feel the government is doing something. But they don’t see that what they are doing, they have been doing for ten thousand years, and things have gone from bad to worse.

When I read about it, I had two ideas: one, that to make homosexuality a crime and not to make celibacy a crime…. Because these homosexuals are products of your religion. Your religion condemns sex so much… your monks, your nuns, you have put them almost in prisons. Now these one million homosexuals in Texas will go underground. Just now, they had their clubs, their discos, their restaurants; they were openly homosexual. Now you have made it a crime. They will go underground. When they were open and known, there was a possibility to check them medically, to help them in some way. If somebody had AIDS already, he could be isolated. Places could be made where only AIDS people would be living, working.

Now, nobody is going to accept that he has AIDS – why should he go for an examination? This is the danger. A single person can spread the disease like wildfire because it not only transferred by sexual contact – that is something more than ordinary sexual diseases – it can be transferred by other means.

Blood transfusion… now you don’t know whose blood is being transfused into you. And if the man whose blood is being transfused into you has AIDS, you will have it. It can be transferred even just by kissing because saliva carries the virus. Now for the first time, the Siberians have been proved right because they have never kissed in their whole history, and they always laughed when they came in contact with Christian missionaries, watching them kissing each other. They could not believe it.

These people have come to teach religion to you and they don’t even know hygiene. Mixing each other’s saliva, playing with each other’s tongues – and these idiots have come to preach religion! In Siberia, they have never kissed. It is a dirty habit… you just think about it. Siberians rub noses with each other – that is pure hygiene. And as far as love is concerned, it can be expressed in many ways…. But repression is going to grow.

I have heard that Stanley was a very healthy sperm and the whole day he used to do push-ups while all the other sperm were just relaxing. And they were puzzled: ”What is wrong with this Stanley? The whole day, exercises, exercises.”

Finally, one of these lazy people asked Stanley, ”Please tell us what the secret is? Why are you exercising so much? The whole day, from the time you wake up till you go to sleep, you are exercising, doing this, doing that. What is the purpose?”

He said, ”You don’t know? You guys are fools. Only one sperm is going to reach the woman’s egg. And next time when the release comes, I am Stanley, the one who is going to get to the egg. That is the purpose.”

And one day suddenly they started feeling very hot and they all thought the time had come. Before they could have discussed among themselves what to do, they were released so suddenly… but they all saw Stanley far ahead. He was swimming so fast, they could not believe that one could swim so fast and then suddenly, Stanley turned back, screamed loudly, and said, ”Go back, go back! It’s a blow job!” Even poor sperm are laughing at humanity.

If man is allowed to be simply natural, his life can give him immense joy, peace, silence, and finally the truth – but if his energies are perverted, then he goes round and round wasting himself. I have heard about an army officer who had been around the world, posted at different places – and naturally, the monks and the soldiers are in the same boat because you don’t allow soldiers their wives, their girlfriends.

This officer, Major Benson, was in Hong Kong and got into real trouble. He was going to prostitutes all over the world, but he was not aware of Chinese prostitutes. They are the most dangerous. He fell into the trap of a Chinese prostitute and seeing the situation, looking at the naked body of the prostitute, he felt that it was better to have a medical check-up: ”This woman seems to be sick and one does not know what kind of sickness she is carrying.”

So he went to the American section of the city and found a doctor. The doctor examined him and said, ”Nothing can be done. You need an immediate operation; your cock has to be removed.”
The man was shocked. He said, ”My God!”

The doctor said, ”You have so many diseases that in this one life, they cannot be cured.”
He came out dazed. He thought it would be better to have another opinion, so he went to another American doctor.

He checked him thoroughly and said, ”I’m sorry, the first doctor was right. It is too late. Nothing can be done and if you don’t have the operation soon, even an operation may not help; the diseases may have spread all over your body. So don’t waste time. I can do the operation tomorrow.”
He said, ”I will be coming tomorrow,” but he was not satisfied with the idea that he would have to live his whole life without a cock.

Suddenly, he saw a Chinese doctor’s signboard. He thought, ”Perhaps a Chinese doctor might be helpful.”
He went in. The doctor looked. The other doctors had spent hours in checking his whole body, this and that. The Chinese doctor just looked with a magnifying glass and said, ”There is no need for any operation.”

Benson was very happy. He said, ”Really? Is there any hope?”
He said, ”Every hope. First, you went to a Chinese woman – because these diseases you can get only from a Chinese prostitute. The second wrong thing you did was, you went to American doctors who are just after money, money, money – and money means you have to do something. Even if your cock disappears, they are not worried; they need money. An operation means money. You don’t be worried, there is no need of any operation.”

Benson was very happy. He said, ”Thank you!” He gave much money to him and the old man said,
”Whenever there is any trouble, come to me, don’t go to American doctors. They are simply cheating people.”
Just to have a final word from the doctor, he said, ”So now I can go? There is no need?”
He said, ”There is no need, I have told you. Just wait two or three weeks and the pecker will fall off by itself.”

Source – Osho Book “Sermons in Stones”
Note: In the nineties doctors/research used to believe that aids can spread through saliva also.