Osho on Allen Ginsberg and Krishna Consciousness Movement in West 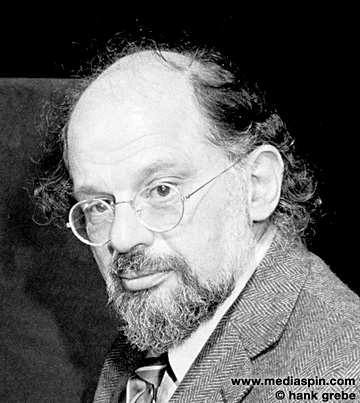 Osho : At the moment the leadership of the Krishna Consciousness Movement in the West has passed into the hands of that irrationalist poet Allen Ginsberg; so far the intelligentsia does not seem to have been impressed by it.

You said that the society in which Krishna was born was prosperous, but the Geeta and the Bhagwad mention Krishna’s friend, Sudama, who was the very picture of poverty. Krishna says in the Geeta that among sacrifices he represents Japa or chanting and that chanting will be the path for the Kali-Yuga, the Dark Age, in which we are living. Please comment.

No, I did not say that no one was poor in Krishna’s time, or that no one is poor in the present-day West. There are poor people in the West, but their society as a whole is affluent. In the same way, although poor men like Sudama existed in Krishna’s time, his society was very prosperous. A poor society is one thing; the existence of a handful of poor people in a rich society is different. The Indian society today is definitely poor, although there are Tatas and Birlas among us. The presence of Tatas and Birlas does not make the society affluent.

Similarly, in spite of the Sudamas, Krishna’s society was prosperous and rich. The question is whether a society on the whole is rich or poor. There are rich people even in an utterly poor society like India’s, and similarly there are poor people in the very affluent society of America. The society of Krishna’s time was rich; good things of life were available to the vast majority of people. The same is true in today’s American society. And only an affluent society can afford celebration; a poor society cannot.

As a society sinks into poverty it ceases to he celebrative, to be joyous. Not that there are no festivals in a poor society, but those festivals are lack-luster, as good as dead. When the Festival of Lights – Diwali – comes here, the poor have to borrow money to celebrate it. They save their worn out clothes for Holi – the Festival of Colors. Is this the way to celebrate a festival like Holi?

In the past, people came out in their best clothes to be smeared with all kinds of colors; now they go through it as if it is a kind of compulsory ritual. The festival of Holi was born when Indian society was at the peak of prosperity; now it is only dragging its feet somehow. In the past people were pleased when someone poured colors on their clothes; now in the same situation they are saddened, because they cannot afford enough clothes.

The West now can well afford a festival like Holi. They have already adopted Krishna’s dance; sooner or later they are going to adopt Holi as well. It does not need an astrologer to predict it. They have everything – money, clothes, colors and leisure – which is necessary to celebrate such a festival as Holi. And unlike us they will celebrate with enthusiasm and joy. They will really rejoice.

I have heard that on a fine morning a beggar appeared at the doors of a house. He was young and healthy and his body was robust and beautiful. The housewife was pleasantly surprised to see such a beggar, he was rare, and she gave him food and clothes with an open heart. Then she said to the beggar, “How is it that you are a beggar? You don’t seem to be born poor.”

The beggar said, “It seems you are also going the same way. I gave away my wealth in the same way you gave me food and clothes a little while ago. You will not take long to join me in the street.”

Clinging to money is characteristic of a poor society; even its rich people suffer from this malady. And clinging disappears in a rich society; even its poor can afford to spend and enjoy what little they have. They are not afraid, they know they can make money when they need it. It is in this sense that I said Krishna consciousness happens in an affluent society, and the West is really an affluent society.

The questioner also wants to know why the revolt, the breakthrough in the West is being led by people like Ginsberg, who are irrationalists. It is true that all the young rebels the West, whether they are existentialists, the Beatles, the beatniks, or the hippies or the yippies, are irrationalists who represent a revolt against the excessive rationalism of their older generations.

It is also true that the intellectuals of the West are yet uninfluenced by these offbeat movements. In fact, irrationalists appear only in a society that goes to the extreme of rationalism. The West has really reached the zenith of rationalism. Hence the reaction; it was inevitable.

When a society feels stifled and strangled by too much logic and rationalism, it inevitably turns to mysticism. When materialism begins to crush a people’s sensitivity they turn to God and religion. And don’t think that Ginsberg, Sartre, Camus, and others who speak about the absurd, the illogical are like illiterate and ignorant villagers. They are great intellectuals of irrationalism.

Their irrationalism, their turning to the unthinkable is not comparable to the ways of the believers, the faithful. It is a one-hundred-and-eighty-degree turn, like Chaitanya who after stretching thinking to its extremity, found that it was unthinkable.

So if Ginsberg’s statements and his poetry are illogical and irrational, it has nonetheless a system of its own. Nietzsche has said somewhere, “I am mad, but my madness has its own logic. I am not an ordinary madman; my madness has a method.” This irrationalism is deliberate. It stands on its own ground, which cannot be the ground of logic. It is a candid, ingenuous refutation of rationalism. Certainly it will not base its assault upon logic; if it does, it will only support rationalism. No, it opposes rationalism through an irrational lifestyle.

Somewhere Ginsberg is reading his poetry to a small gathering of poets. His poetry is meaningless; there is no consistency between one concept and another. All its similies and metaphors are just inane. Its symbolism is utterly unconventional; it has nothing to do with poetic tradition. It is really a great adventure; there is no greater adventure than to be inconsistent and unconventional.

He alone can have the courage to be inconsistent who is aware of his innate consistency, his inner integrity, whose innermost being is consistent and clear. He knows that however inconsistent his statements may be, they are not going to affect the integrity and consistency of his being.

People lacking in spiritual consistency and innate harmony weigh every word before they make a statement, because they are afraid that if two of their statements contradict each other their inner contradictions will be exposed. One can afford to be inconsistent only when one is consistent in his being.

This Ginsberg is reading a poem which is full of inconsistencies and contradictions. It is an act of rare courage. Someone from among his listeners rises up in his seat and says, “You seem to be an audacious person, but to be audacious in poetry is nothing. Do you have the courage to act with audacity?”

And Ginsberg looks up at the questioner, takes off his clothes and stands naked before his listeners saying, “This is the last part of my poetry.” Then he says to the man who has interrupted him, “Now please take off your clothes and bare yourself.”
The man says, “How can I? I cannot be naked.”

The whole audience is in a state of shock. No one had thought that poetry reading would end like this, that its last part would come in the form of the nude poet. When they asked him why he did this he said, “It just happened; there was nothing deliberate about it. The man provoked me to act audaciously, and I couldn’t think of anything else. So I just concluded my poetry reading this way.”

This is a spontaneous act; it is not at all deliberate. And it is wholly illogical; it has nothing to do with Ginsberg’s poetry. No Kalidas, no Keats, no Rabindranath could do it; they are poets tied to tradition. We cannot think of Kalidas, or Keats, or Tagore baring himself the way Ginsberg does. Ginsberg could do it because he rejects logic, he refuses to confine life into the prison of syllogisms. He does not want to reduce life to petty mathematical calculations. He wants to live and live in freedom, and with abandon.

This country had once scaled the highest peaks of rationalist intelligence and thinking. We had indulged in hair-splitting analysis and interpretation of words and concepts. We have with us books that cannot be translated into any other languages of the world, because no other language possesses such refined and subtle words as we have. We have such words that only one of them can cover a whole page of a book, because we use so many adjectives, prefixes and suffixes to qualify and refine them.

Krishna comes at the pinnacle of a rationalist, intellectual culture that had left no stones unturned. We had thought everything that could be thought. From the VEDAS and Upanishads we had traveled to vedant where knowledge ends. VEDAS itself means the end of knowledge. Giants like Patanjali, Kapil, Kanad, Brihaspati and Vyas had thought so much that a time came when we felt tired of thinking. Then comes Krishna as the culmination, and he says, “Let us now live, we have done enough of thinking.”