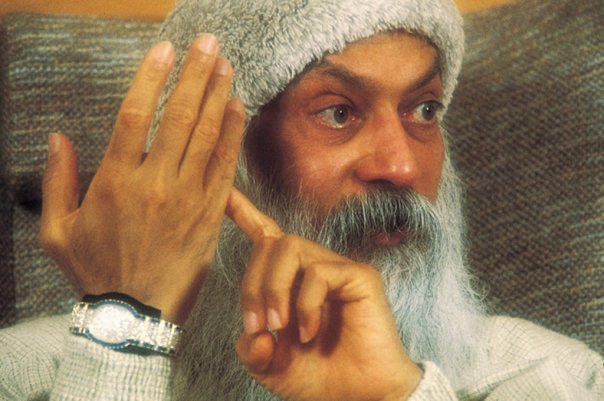 And you can’t see the contradiction: on the on e hand these people go on saying that poverty is something beautiful; on the other hand they are all trying to make people richer. the contradiction is in THEM. Why try to make these poor people more rich? Make them more poor so they will be closer to God. Take even what they have got! Deprive them of everything! Then their welcome will be far greater, they will be received more joyously.

And what is the implication of it all? It means God enjoys poverty, it means he wants people to be poor. It simply means that he is against riches, comforts, luxuries. Then why this paradise? – because paradise is nothing but comforts, riches, luxuries. A strange logic! On the earth people should suffer so that in heaven they can be rewarded. First make people ill so that they can be hospitalized and served; first wound them and then help to heal their wounds. This is ridiculous!

MY arithmetic is very clear: poverty is ugly and it has to be destroyed totally. No trace of it should be left on the earth, and all these consolations should be withdrawn. I can understand why in the past the religious people could not say what I can say today. The simple reason was that scientific technology was not available – there was no way to destroy poverty. And when you cannot do anything, at least you can sympathize; it costs nothing to be sympathetic. At least you can console; it is better than nothing. And all these words of Jesus and Mahatma Gandhi and others are devices to console, to give opium to people.

In India it has been a long tradition; different ways have been discovered to rationalize poverty. The first was: the poor person is suffering because in the past he has committed some wrong actions. The past is made responsible – not the society, not the present, not the structure of the society, not the lack of technology, not the stupidity of the people, but the past. Nothing can be done about the past, you cannot undo it; it has to be accepted. And great hope is given with it: ”If you accept it, if you are totally satisfied with it, you will be immensely rewarded in the future life.”