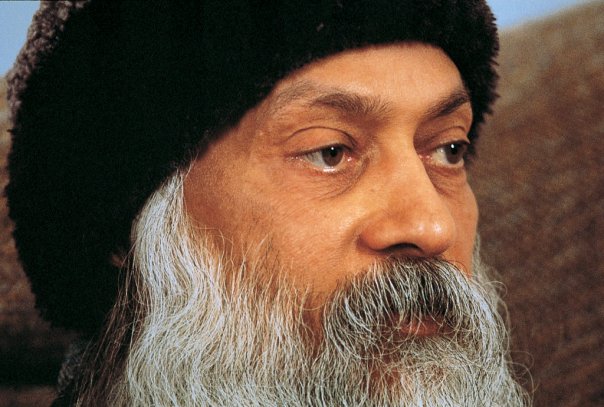 That is why we in India have called blind men PRAGYA CHAKSHU – wise eyes. It is not that every blind man is wise but potentially he is nearer to the self than those who have eyes, because those who have eyes have wandered far away through the eyes into the world. They have gone very VERY far away. You can move on through the eyes to the very end of the world. And science goes on creating more powerful eyes for you so that you can see minute parts, atomic phenomena, and so that you can see to distant stars.

Science goes on removing you from the self. So the more an age becomes scientific, the less it comes to religious knowledge. Now you have more powerful instruments with which to go away, and you HAVE gone – far away from your self. Senses have become powerful. Really, science is doing nothing but creating more powerful senses for man: your hand can now reach to the moon; your eyes can now reach to distant stars. Every sense has been magnified, and this goes on.

A blind man is closed in himself; he cannot go out. But he can go in, if he is not disturbed by the fact that he is blind and if he is helped by the society to know that this is not a misfortune but a blessing in disguise. That is what we mean when we call blind men pragya chakshu. We say, ”Don’t be worried about the ordinary eyes. You can gain those inner eyes through which you can know yourself, so do not be worried about them. Forget them completely. You are not losing anything because no one gains anything through the eyes. You can move within easily because the other door is closed.”

If you can look into the eyes of an enlightened one, you will see they are totally different. A buddha looks at you and still he is not looking at you. You do not become a part of his eyes. His look is vacant. Sometimes you may get scared because you will feel that he is indifferent to you. He is looking at you so vacantly, not paying any attention to you.