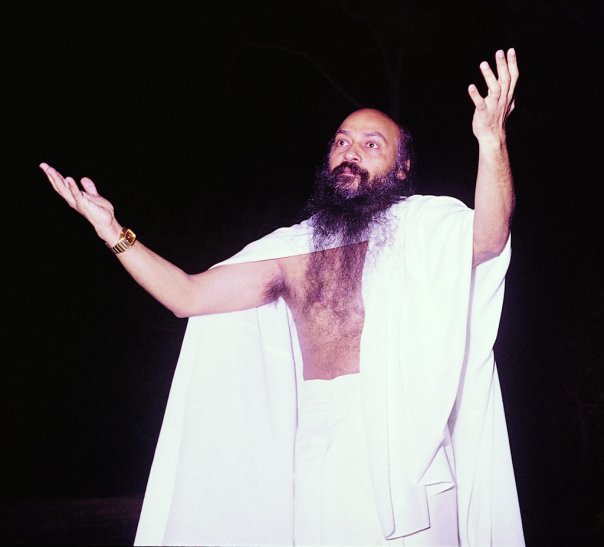 Question – What is Prayer?

Osho – Prayer is wonder, reverence. Prayer is receptivity for the miracle that surrounds you. Prayer is surrender to the beauty, to the grandeur to this fantastic existence. Prayer is non-argumentative dialogue with existence. It is not a discussion… it is a love-dialogue. You don’t argue… you simply whisper sweet nothings.

When a man falls in love with a woman he whispers sweet nothings into her ear. When a man falls into love with existence… the same romance: prayer is romance. It is fantasy; it is becoming available to the miraculous. Many people have lost the capacity to pray, because many people have lost the capacity to wonder. They have lost the capacity to be surprised. You go on seeing millions of wonders every day but you are not surprised at all. Your eyes are so full of dust and knowledge that you don’t see anything. A seed is sprouting, and you don’t see any wonder. A new leaf coming out of the tree, and you don’t see any wonder. A bird singing, and nothing happens inside you. A peacock dances, and nothing dances inside you. A white cloud floats in the sky, and you remain untouched. Then prayer is impossible.

I have heard… The husband was one of those cynical, sour guys whom nothing moved or impressed. To him, everything was just a big “so what?” He visited a psychiatrist, and after a short examination was given this diagnosis: “You are cold and blase. To you, everything means a big nothing. You are married, eh? Well, here’s what you do. Ringling’s circus is in the town: take your wife and see the show. Take a look at how red-blooded people live and act. Watch the performers who live dangerously; see how they pulsate and glow.”

The schnook took his wife to the circus. Out into the ring came the roaring lions and tigers. The wife was thrilled by the excitement, but the husband yawned and replied, “Yeah? So what?” Finally there came the grand finale where the daredevil was shot out of a cannon three hundred feet into the air, turned several somersaults, and then, pulling out a clarinet, began playing before hitting the net. The crowd roared its appreciation for the act, but the husband, after a few minutes of thought, turned to his wife and grunted in a bored manner, “A Benny Goodman he’s not!”

Prayer is the capacity to be amazed. prayer is the capacity that you had as children, and you have lost. Claim it — reclaim it — because with prayer you have lost all. The day your wondering eyes closed, God became nonexistential to you. Open your wondering eyes again, and you will find him pulsating again. He’s very close by… he’s all around you… he is within and without.