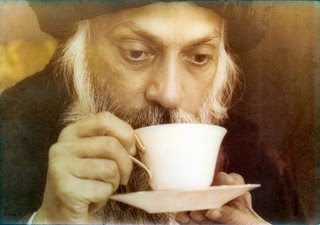 [A sannyasin says she has been working as a prostitute in the West. Returning there now to earn money to return here, she wonders whether to return to prostitution or not. A voice inside her says no – on the other hand it is a quick way to make money…. ]

When the other so-called religious leaders say they are against prostitution their reasons are different. When I say that it is not good my reasons are totally different. My first reason is that one needs to be in deep reverence with one’s own body, one needs to be in love with the body, so how can one allow somebody to use it as a thing? It is a sacred thing! Yes, you can share when you love a person, but for money it is ugly. It is one of god’s gifts to you – you can give it as a gift, but don’t sell it. You have not purchased it, so you have no right to sell it!

Mm? – it is a gift: we should be grateful to god that he has given us such a beautiful body. It is a temple. So when I say not to go into prostitution, my reasons are just the opposite to those other religious people will give. They are against sex, they are against joy. They are against anything that makes people delighted – that is their reason. They are sex-repressive people: they want everybody to be very limited in their sexual relationships.

Where will you find a woman or a man to share his body with you because of money? It will be impossible. People will love and respect their body so much that will it be impossible. Yes, they can share their love energy with you but only when they love. . .there will be no other kind of relationship. Right now the marriage is a prostitution; there is no love. The wife goes on yielding to the husband because she has to, and the husband can force sex – legally! He can threaten that he will throw her out of the house, that he will not take any financial responsibility; then she will be on the streets.

To avoid the streets she chooses this permanent kind of prostitution, otherwise she will be with many people. And one man is so ugly – how much more ugly will it be with so many men? So it is better; it is the lesser evil. Never treat your body as a thing. It is divine, it is divine energy. Yes, if you love a man give your total heart, give your total body, being, all that you have. But when the love disappears, or if the love is not there, then there is no other way. The body can be shared only in love: don’t share even with your husband if the love is not there.

If today you find that you are not in a love mood with your husband, say simply that it will be prostitution! When love is there, love makes everything beautiful. When love is not there, everything becomes a nightmare, ugly. So it may take a little longer for you to work, but that’s good. Go, do something else – be respectful about your body. It is a god’s gift, and you are responsible! God will ask you finally what you did with your body. So go, mm? and go with tremendous trust – there is no problem in it. It will take a little longer to come back, but that’s not a problem. Avoid the old trap. It will be easier for you to fall into the trap because easy money always can have an appeal, but that is dangerous. And you are strong enough now – nothing to be worried about.

Source: from Osho Book “This is it”