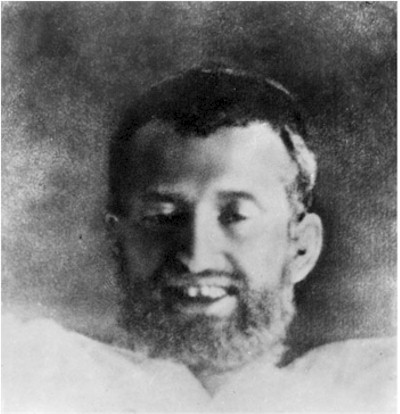 Question : Ramakrishna said that the bhakti approach is the most suitable for this age. Is that so?

Osho : No. Ramakrishna said that bhakti yoga was the most suitable approach because it was the most suitable for him. That is the basic window through which he came under the sky. It is not a question of an approach being suitable or unsuitable for a particular age. We cannot think in terms of ages. Centuries live contemporaneously. We seem to be contemporaries; we may not be. I may be living twenty centuries back. Nothing is absolutely past. For someone it is present. Nothing is absolutely future.

For someone it is present. And nothing is absolutely present either. For someone it is past and for someone else it is yet to come. So no categorical statement can be made for the age as such. Ramakrishna was a devotee. He came to God through prayer and love, through emotion. He realized in this way, so for him it seemed that this would be helpful to everybody. He could not understand how his way might be difficult to others.

However sympathetic we may be, we always see others in the light of our own experiences. So for Ramakrishna, the way seemed to be bhakti yoga: the way of devotion. If we want to think in terms of ages, we can say that this age is the most intellectual, the most scientific, the most technological,. the least devotional, the least emotional.

What Ramakrishna was saying was right for him might have been right for the people who were with him, but Ramakrishna never affected the larger world. He belongs basically to the village, to the nontechnological, nonscientific mind. He was a villager – uneducated, unacquainted with the greater world – so what he said should be understood according to his village language. He could not conceive of the days that have now come.

He was basically part of the peasant’s world where intellect was nothing and emotion was everything. He was not a man of this age. What he was saying was all right for the world in which he moved, but not for the world that exists now. These three types have always existed: the intellectual, the active, the emotional. There will always be a balance among them, just as there is always a balance between males and females. The balance cannot be lost for long. If it is lost, it will soon be regained.

Ramakrishna was the emotional type and his chief disciple was the intellectual type. He was bound to be. That is the coupling: the male and the female. Ramakrishna is absolutely female: nonaggressive, receptive. Sex not only exists in biology; it exists everywhere. In every field, whenever there is polarity there is sex and the opposite becomes attracted. Vivekananda could never be attracted to any intellectual. He could not be; he was not the polar opposite.

This has always been happening. It will go on happening. Buddha attracts persons who are the polar opposite to him. Mahavira and Jesus attract persons who are spiritually the other sex. These opposites then create the organization, the order. They will interpret. The very disciples will be the falsifiers. But this is what is so. It cannot be helped.