Osho on Ramtha, Osho on Messages from Ramtha 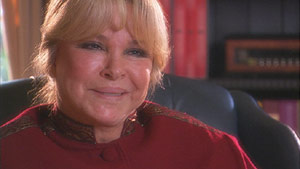 That woman — I have not heard it before — not only says that she is a thirty-five-thousand-year old ancient being from the lost continents of Lemuria and Atlantis, she also says that she is the reincarnation of the Hindu god Rama. In fact, she has concocted the name Ramtha from Rama. And whatever she is saying there is nothing new in it. In the article that Anando has brought to me she has criticized me also.

She has said that the moment her books are published, Osho’s books will simply disappear from the market, nobody will read them. One thing is certain — that she is reading them! And perhaps most of her outpourings are from those books. Otherwise out of thousands of books why has she chosen only my name? It cannot be just an accident.
She must be reading those books, she must be using the material from those books, and now she has to prove that those books are not right — because of the inner fear that she has stolen from them. It is very significant that there are many writers around the world who are stealing words, sentences, paragraphs, whole ideas from the books — not mentioning my name because then they won’t look original; but they are afraid that somebody may find out that these are from my books so they have to do one thing more: they have to condemn me in some way, to balance.
“This man cannot be stealing from Osho, he is against him.” So they do both: they condemn, they criticize, and they steal. I don’t know this woman, but one thing is certain: she is reading my books. She is stealing from those books, she is afraid of those books, she would like those books to disappear from the market. Otherwise why mention it? I am nobody. Why bother about me? And in America it has been now a long tradition.
There are always people who are from Atlantis, Lemuria, Tibet — saying things which are written in ordinary literature. You have just to go to a library and look and you will find every sentence that they are saying is stolen; it is not from Lemuria, it is from the public library of the town. But people don’t read. They listen to all this garbage and they pay for it.
And there is psychology in it; if you pay four hundred and fifty dollars just to sit in audience, when she goes in a trance and starts talking…. And not only that, if you are listening to her and seeing her on your television in your home, you have to pay two hundred dollars…. When people pay that much money, they themselves are caught in a difficulty. If they say it is all nonsense then they have been an idiot to pay.
They have to go home and say, “It is just far out. Four hundred and fifty dollars is nothing. Any amount of money is nothing. What she is saying is so valuable.” This was the case with EST. Werner Erhardt was charging people two hundred and fifty dollars — and insulting them, not allowing them to go to the bathroom.
The whole day the session was continuing, they were not allowed to eat, and they were in every way humiliated — and they had paid two hundred dollars for it. They could not leave in the middle of the session because they had paid two hundred dollars. They wanted to see the whole thing — perhaps in the end something comes out — and something came out: many of the people will piss sitting there in the hall!
And if you have been holding your bladder for the whole day and then you cannot hold it any longer — in spite of you it starts coming out — it is such a great relief that one has a taste of let-go! And people loved it because it was an experience. It was an experience! And they will tell their friends, “It is miraculous. I felt so relieved, all tension gone.
Every fiber of my being relaxed.” And just word of mouth — Werner Erhardt was not advertising at all — just word of mouth. He will simply say to people, “Share to your friends the great experience that you have had.” And nobody wants to go outside and say that it was simply stupid and we have been befooled and conned.
But the trick was significant — because nobody has ever done it before. You can do it alone, although it will be difficult. But there are three hundred people and the bathroom is locked and one person is standing there not to allow anybody; you can leave, but you cannot go to the bathroom. So the whole strategy is that your mind, your thoughts, all will stop. Your whole thing was how to keep control of your bladder, your whole life was in the bladder.
And naturally, it was a great concentration. But there is a limit. After a certain limit you cannot manage it. And when one person relaxed, at first he felt a little embarrassed, but the relaxation was so great that people started standing up and telling, “I have got it — the experience!” And then others followed. When they saw that others are doing it here in the hall and getting the experience, and they are like idiots holding it… so most of the crowd got it!
And they spread the message to their friends, “You should go. You should not miss.” And certainly it was a relaxation after such a tense day; humiliation on the one side — shouting, making you look stupid, retarded; making you confess that you are stupid, that you are retarded, “Say exactly what you feel but you never say! Be truthful, be sincere!” And all the time you are holding your bladder. The whole trick of EST was contained in the bladder. Now, many people have pissed, got the experience, and the whole movement is gone! Now nobody wants to piss for two hundred dollars!
Pin It

2 thoughts on “Osho on Ramtha, Osho on Messages from Ramtha”