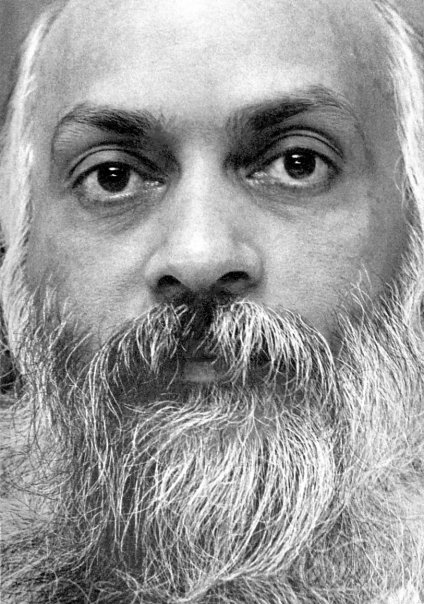 Question – What is Rationalisation?

Osho – Rationalisation is a pseudo reasoning — it looks like reason, but is not. In life you use it every day. You come from the office angry, the boss was nasty but you could not be angry there; there you had to smile. He was shouting at you, screaming at you, and you were smiling; you were as soft as butter, you swallowed anger. You wanted to kill the man then and there, but that is not economical and can lead you into danger. So now you come back home, now you start searching in a very unconscious way to find some excuse so that you can throw out your anger. And your small child comes dancing and singing, and you are angry, and you say ‘Not a single moment’s peace! Stop! The whole day I have been tired and I come home and there is no peace even here.’ And you get angry.

Now, rationally, you manage — as if the child has disturbed you. The child has always been that way but today you are angry, now you rationalise. Or you don’t like the food that the wife has prepared — not that the food is bad, but you are searching, you are groping in the dark for some excuse. And then, if the food is not good, or you can prove that the food is not good — which is very easy, then you explode at the wife and you rationalise. But you don’t look at the real reason.

If you really want to be awake and alert and if you really want to be a religious person, you will have to drop all rationalisations. These rationalisations are very tricky: because of these rationalisations you can never look deep inside yourself. You find a thousand and one ways to persuade yourself, to pretend. These pretensions have to be dropped. If you are angry, let it be clear to you that it is anger. Better go to the wife and say ‘Do something wrong please. I am angry and I want to throw it.’ That will be better, more alert. You tell your son ‘Shout! Jump! Break something! I am very angry and I would like to throw it on you. Help me.’ That will be more conscious.

If you start living consciously, by and by you will see that you have been rationalising and rationalising in your life. You have not done anything else. Let me tell you few anecdotes that will give you some different angles of rationalisation.

There was a row in a small town between a Christian group of citizens and the Jewish community. The Christians were unveiling a statue of Jesus, when a Christian became involved with a Jew. The Jew picked up a large stone and threw it at his enemy but struck the statue instead, knocking off its head. He had not intended it, but he could not let the incident go to loss — a Jew never allows anything to go to loss.
‘There you are’ he shouted triumphantly. ‘If that had been Moses he would have ducked.’

Now this is a rationalisation. One has to find a way to escape out of it and one has to use it for one’s own benefit. You never allow anything to go to loss: good, bad, nectar, poison — whatsoever: you try to use it for your own profit. But by and by this becomes such a deep-rooted habit that you completely forget about real reasons.

The fighter had a good chance to capture the championship if he trained diligently, but he couldn’t break the habit of indulging in New York night-life. Finally his manager was forced to lay down the law. ‘Either you quit the night life until after the bout’ he ordered ‘or I’ll cancel the bout on the grounds that you’re out of condition.’

The fighter agreed to behave himself and all went well for about a week. Then the manager found the fighter sneaking into camp at four in the morning. ‘Well, what’s your alibi this time?’ the manager asked in disgust.
‘I heard a noise’ the fighter explained ‘so I got up to investigate.’
‘Yeah, well how come you’re all dressed up in a tuxedo?’
‘I thought it might be a lady burglar.’

One goes on and on defending oneself, creating more and more lies around oneself. If you look at yourself honestly, you will find nothing but a bundle of lies. That’s why people don’t look at themselves, because it is horrible to look at: the whole thing is just a lie. Socrates says ‘Know thyself.’ The Upanishads say ‘Look within.’ Jesus and Buddha and Lao Tzu they all go on teaching ‘Close your eyes and go within.’ But you cannot go, because whenever you look within there are lies and lies, queues upon queues of lies. It is horrible to look at those lies that you have lived, that you have pretended to live. A man who is really in search of truth has to drop all of these rationalisations.

Three textile men were seated in Feuerstein’s, the Lindy’s of the Lower East Side, and discussing the finer things life has to offer.
‘The best’ said Nat Pineus ‘is a nice juicy steak, smothered in onions and mushrooms with crisp french-fried potatoes.’
‘I don’t agree’ answered Lou Goldberg. ‘The best is borscht, a boiled potato and a good piece of herring.’ Sharfman shook his head. ‘I’m sorry, gentlemen, to me the best is a date with Lana Turner, Jane Russell and Marilyn Monroe.’
‘Aha’ replied Pineus and Goldberg ‘and who’s talking about the very best?’

Immediately — they were talking about the best. Now they say ‘Who’s talking about the very best?’ You can always find a loop-hole to protect yourself; and the mind is very cunning. If you really want to get out of the cunningness of the mind — which is not deceiving anybody but yourself — you will have to find out how the mind has become trained in finding rationalisations, loop-holes, false reasons, pretensions, masks, lies. It has really become a great inventive force in your life.

And it is not about big things. About small things too… your smile, the way you look at people, the way you walk — all are lies. You never walk as if you were alone on the earth. You never smile as if the smile were coming from your inner being. It is always a pretension; it is always a language, a gesture. Look at people and you will find a mess. Their eyes say one thing, their lips say another thing; their words say one thing, their hands are expressing something else. But nobody looks, because everybody is so much drowned in his own lies — how can you look at others?

Gurdjieff took his disciples far away to a Russian town, Tiflis, for three months. They kept absolutely silent for three months; silence was really absolute — not even through gestures had they to show anything, not even through eyes had they to recognise that somebody else was present. And in one, simple, small house, thirty persons. And each had to live as if he were alone. Twenty-seven left — only three were left in the house.

After three months, Gurdjieff brought these three persons to Tiflis town and said to them ‘Look around.’ Ouspensky was one of these three disciples, and Ouspensky writes in his diary ‘I could not believe. I saw dead people walking… lies and lies and lies. Nobody was true. And that day’ Ouspensky says ‘I recognised Gurdjieff and his truth. Only he was standing there, alone in that whole town of thousands of people, who was true.’ But Ouspensky says ‘Before that I had never imagined such a situation. I had never thought that all these people were just lies.’

Finklestein was frantic. For five weeks now he hadn’t been able to do anything in the way of business because he’d forgotten the combination to the safe. His partner, Kanubowitz, had gone away on an extended motor trip and there was no word from him. Then one day the phone rang. ‘Izzy,’ Finklestein shouted into the phone ‘thank God you called. I can’t do any business. I had to lay off the whole shop, fire the salesman, refuse orders from our biggest accounts and just stay here in the office and wait for your call.’

‘What happened?’ asked the partner.
‘It’s the safe. I forgot the combination.’
‘That’s simple. Turn once left and twice right.’
‘But how about the numbers?’
‘It doesn’t matter’ said the partner. ‘The lock is broke.’

It is as simple as that. Once rationalisations are dropped — in fact there is no lock — you are open, you can enter into your being. Sometimes it happens that if there is no lock and you think there is a lock you go on finding keys and inventing keys, and you waste your time.

It happened in the life of Houdini. He was imprisoned in many jails, chained many times, but within seconds he would come out of the chains, out of the prison cells; nobody had been able to put him in a jail. But in Italy it happened that for three hours he could not come out of the cell and there were thousands of people waiting for him to come. And what happened? It had never happened before. Had the police succeeded? Had they created a situation from which Houdini, the great magician, could not come out? And when he came out he was perspiring and tired and exhausted. And he simply fell out and they asked ‘What happened?’ He said, ‘They befooled me, they tricked me. There was no lock! And I was simply trying to open the lock and there was no lock. The door was not locked — they tricked me. So when after three hours of strenuous work on the lock I simply fell, the door opened.’

On your inner being there is no lock. There has never been. No key is needed, no truth is needed — just lies have to be dropped and truth will assert itself. It is burning right this moment inside your being, but there is a great layer of lies — layer upon layers — and you cannot see the light. Rationalisation is one of the very cunning tricks of the mind to create the China Wall around you. You are imprisoned in your rationalisations. If you want to be liberated, drop rationalisations.