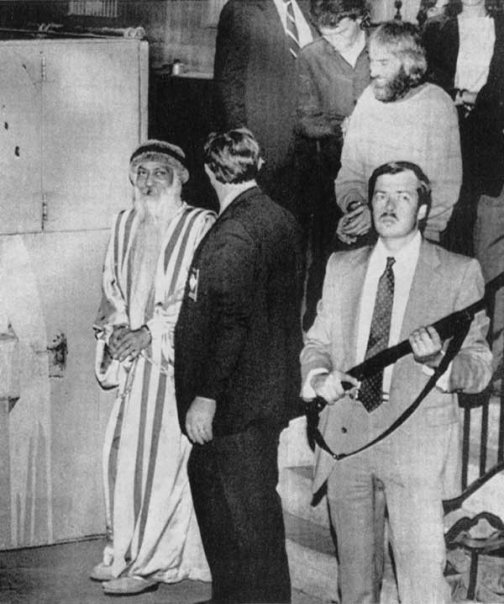 Question : What are the reasons for man’s insensitivities and how to remove them?

Osho : When the child is born the child is helpless. The human child, particularly, is totally helpless. He has to depend on others to be alive, to remain alive. This dependence is a bargain. The child has to give many things in this bargain, and sensitivity is one. The child is sensitive; his whole body is sensitive. But he is helpless, he cannot be independent; he has to depend on parents, on family, on society; he will have to be dependent.

Because of this dependence and helplessness, the parents, the society, go on forcing things on the child, and he has to yield. Otherwise he cannot remain alive, he will die. So he has to give many things in this bargain. The first very deep and significant thing is sensitivity: he has to leave it. Why? Because the more the child is sensitive, the more he is in trouble, the more he is vulnerable. A slight sensation, and he begins to cry.

The cry has to be stopped by the parents, and they cannot do anything. But if the child goes on feeling every detail of sensation, the child will become a nuisance. And children do become nuisances, so parents have to curtail their sensitivity. The child has to learn resistance, the child has to learn control. And by and by the child has to divide his mind into two. So there are many sensations which he just stops feeling because they are not ”good” – he is punished for them.

He said, ”If you look at your servants they start feeling friendly, and then they start asking about money and this and that. If you talk with your children, then you are not the master, then you cannot control them.” So he created a facade of insensitivity around himself. He was afraid that if he talked with a servant, if he should feel that the servant was ill, if he sympathized, then he would have to give some money or some help.

Everyone learns sooner or later that to be sensitive is to be vulnerable to many things. You pull yourself in, you create a barrier around yourself that is a safeguard – a safety measure. Then you can go on through the streets… beggars are begging and there are dirty, ugly slums, but you do not feel anything, you do not really see. In this ugly society one has to create a barrier around himself, a wall – a subtle, transparent wall – behind which he can hide.

Otherwise, one is vulnerable, and it will be very difficult to live. That is why insensitivity sets in. It helps you to be in this ugly world without being disturbed; but there is a cost – and the cost is very much. You are at ease in this world without being disturbed, but then you cannot enter into the divine, into the total, into the whole. You cannot enter the other world.

If for this world insensitivity is good and for that world sensitivity is good, that creates the problem. If you are really interested in entering that world, you will have to create sensitivity, you will have to throw away all these walls, these securities. Of course, you will become vulnerable. You will feel much suffering, but that suffering is nothing in comparison to the bliss you can reach through sensitivity. The more sensitive you become, the more you will feel compassion. But you will suffer because all around you there is hell.

That suffering is not of his own, it is for others. He is in deep bliss, but he suffers for others. And Mahayana Buddhists say that when Buddha reached to the door of nirvana, the gatekeeper opened the door – this is a myth, and very beautiful – the doorkeeper opened the door, but Buddha refused to enter. The doorkeeper said, ”Why are you not coming in? For millennia we have been waiting for you. Every day the news comes that ‘Buddha is coming, Buddha is coming!’ The whole of heaven is waiting for you. Enter! You are welcome!”

Buddha said, ”I cannot enter unless everyone else has entered before me. I will wait! Unless every single human being has entered, heaven is not for me.”

Buddha has a suffering for others. As for himself, he is now deep in bliss. See the parallel? You are deep in suffering, and you go on feeling that everyone else is enjoying life. Quite the contrary happens to a Buddha. He is now in deep bliss, and he knows that everyone else is suffering. These methods are the methods to remove this insensitivity. We will discuss more about HOW to remove it. Enough.