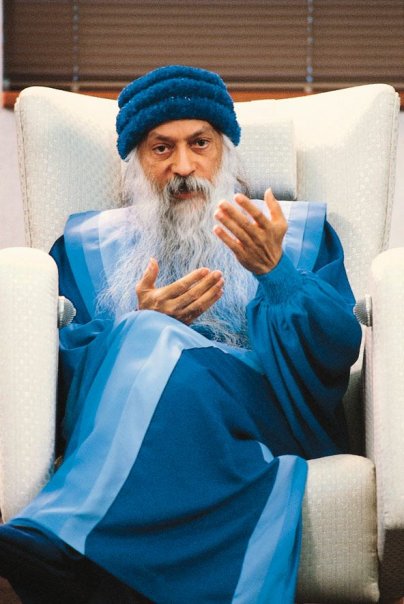 And only a person can be a rebel, only the individual has the capacity to attain to that. The collectivity, the mob, the crowd, can never be rebellious. The very nature, the very psychology of the mob is to conform, to compromise. To the peaks of rebellion only individuals can rise and soar. Whenever the mob goes into rebellion, it is not rebellion but revolution.

A Christian can be a Hindu, a Hindu can be a Buddhist, a Buddhist can become a Communist, but it makes no difference. Only labels are changed – the content remains the same: conformity. The mob can never be rebellious, only the individual.

Revolution is nothing compared to rebellion. Rebellion means: one simply sees the point, that by conforming one is losing one’s soul. One gets out of it, with no grudge. It is not a reaction. If it is a reaction then you are still dominated by it. If you hate it, you are not rebellious, because hate dominates as much as love. If somebody hates this society, then he is bound to become a revolutionary but not a rebel. He will start thinking in terms of a contrary society, of another order, of another structure, of another kind of morality.

A rebel is one who does not react against the society, who understands the whole game of it and simply slips out of it. It becomes irrelevant to him. He is not against it. And that is the beauty of rebellion: it is freedom. The revolutionary is not free. He is constantly fighting with something – how can he be free? He is constantly reacting against something – how can there be freedom in reaction?

Freedom means understanding. One has understood the game, and seeing that this is the way that the soul is prevented from growing, the way one is not allowed to be oneself, one simply gets out of it with no scar on the soul. One forgives and forgets and remains without any clinging to the society in the name of love or in the name of hate. Society has simply disappeared for the rebel. He may live in the world or he may go out of the world but he belongs to it no more; he is an outsider.

And I am not saying that he will not follow the ordinary formalities of the society. Walking on the road he will keep to the left, but he knows it is just a game, and he knows that to live with so many people, a few rules have to be followed, but it has no ultimacy to it. He has great understanding. The revolutionary has no understanding at all. He is angry. Remember: in anger understanding is not possible. The rebel, rebellion, rebelliousness, grow out of great understanding, not out of anger. And that is the very core of religion.

With the crowd you have to move with the crowd, and it is very slow. It takes thousands of years to move a single inch. It is such a gradual process, and the crowd moves with such resistance that the very joy of movement is destroyed. The individual is free to go deep into himself, to go deep into beauty, to go deep into love. There is nobody holding him back. Think of yourself as alone, and in aloneness there is great benediction.