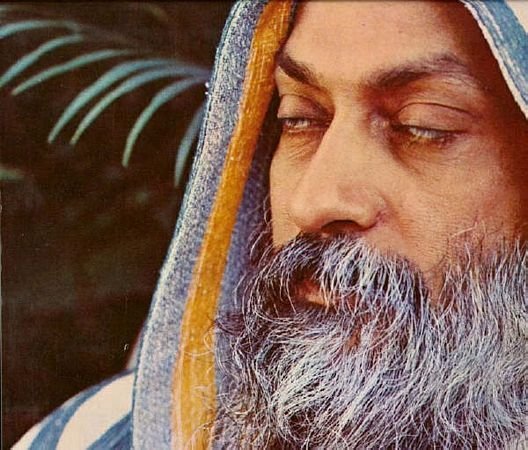 Question – Beloved Osho, What is Religion?

Osho – Milarepa, religion is not what people understand it to be. It is not Christianity, it is not Hinduism, it is not Mohammedanism. Religion is a dead rock. I teach you not religion, but religiousness – a flowing river, continuously changing its course, but ultimately reaching the ocean.

To me religion is a quality, not an organization. All the religions which exist in the world – and they are not a small number, there are three hundred religions in the world – are dead rocks. They don’t flow, they don’t change, they don’t move with the times. And anything that is dead is not going to help you – unless you want to make a grave, and then perhaps the rock may be helpful.

All the so-called religions have been making graves for you, destroying your life, your love, your joy, and filling your heads with fantasies, illusions, hallucinations about God, about heaven and hell, about reincarnation, and all kinds of crap.

I trust the flowing, changing, moving… because that is the nature of life. It knows only one thing permanent, and that is change. Only change never changes; otherwise, everything changes. Sometimes it is fall and the trees become naked. All the leaves fall down with no complaint; silently, peacefully, they merge back into the earth from where they have come. The naked trees against the sky have a beauty of their own, and a tremendous trust must be there in their hearts, because they know that if the old leaves are gone, the new will be coming. And soon new leaves, fresh, younger, more delicate, start coming out.

A religion should not be a dead organization, but a kind of religiousness, a quality which includes truthfulness, sincerity, naturalness, a deep let-go with the cosmos, a loving heart, a friendliness towards the whole. For these no holy scriptures are needed.

In fact, there are no holy scriptures anywhere. The so-called holy scriptures do not even prove that they are good literature. It is good that nobody reads them, because they are full of ugly pornography. One of my friends, when I said this, started working on the HOLY BIBLE, and now he has found five hundred solid pages of pornography. If any book has to be banned from the world, it is the HOLY BIBLE. But that friend does not know that the HOLY BIBLE is just nothing. If you look into the Hindu PURANAS, you will be surprised. They are the ancientmost editions of PLAYBOY. Not only the human beings but even the gods described there are such ugly, dirty old people, it is strange… and they are still worshipped as gods.

For example, the moon is worshipped as a god by the Hindus, by the Jainas, but the story is that the moon was very much sexually interested in a beautiful woman who was the wife of a saint. In India the saints go to take a bath early in the morning before the sun rises, and that was the time when the moon would come – of course, in disguise, because gods can do anything. He would knock on the door and the wife would think her husband was back. The moon would make love to somebody else’s wife and then disappear.

Almost all the so-called Hindu gods are rapists. And they are not satisfied that in heaven they have the most beautiful women – of course not covered with skin, but covered with plastic. But they had no word for plastic in those days, it seems. They say that the heavenly girls – the word is apsara, which you can translate very accurately as a call girl; they are not ordinary prostitutes, but very high class – they don’t perspire.

When I came to know this – that they don’t perspire – I started thinking, How is it possible for a man or woman with skin not to perspire? Plastic seems to be the only alternative. And they remain stuck at the age of sixteen; they never grow up. For centuries they are only sixteen…. And how many saints have enjoyed them? I don’t think they can even remember the number over millions of years.

An authentic religiousness needs no prophets, no saviors, no holy books, no churches, no popes, no priests – because religiousness is the flowering of your heart. It is reaching to the very center of your being. And the moment you reach to the very center of your being, there is an explosion of beauty, of blissfulness, of silence, of light. You start becoming a totally different person. All that was dark in your life disappears, and all that was wrong in your life disappears too. Whatever you do is done with utter totality and absolute awareness.

I know only of one virtue, and that is awareness. If religiousness spreads all over the world, religions will fade away. And it will be a tremendous blessing to humanity when man is simply man, neither Christian nor Mohammedan nor Hindu. These demarcations, these divisions have been the cause of thousands of wars all through history. If you look back at the history of man, you cannot resist the temptation to say that we have lived in the past in an insane way. In the name of God, in the name of church, in the name of ideologies which have no evidence at all, people have been killing each other. Religion has not happened to the world yet.

Unless religiousness becomes the very climate of humanity there will be no religion at all. But I insist on calling it religiousness so that it does not become organized. You cannot organize love. Have you ever heard of churches of love, temples of love, mosques of love? Love is an individual affair with another individual. And religiousness is a greater love affair with the individual directed towards the whole cosmos.

When a man falls in love with the whole cosmos, the trees, the mountains, the rivers, the oceans, the stars, he knows what prayer is. It is wordless…. He knows a deep dance in his heart and a music which has no sounds. He experiences for the first time the eternal, the immortal, that which always remains in every change – which renews its life afresh. And anyone who becomes a religious person and drops Christianity, Hinduism, Mohammedanism, Jainism, Buddhism – for the first time he declares his individuality.

Religiousness is an individual affair. It is a message of love from you to the whole cosmos. Only then will there be a peace that passeth all misunderstanding. Otherwise these religions have been parasites exploiting people, enslaving people, forcing people to believe. And all beliefs are against intelligence, forcing people to pray words which have no meaning because they are not coming from your heart, but only from your memory.