Osho on Repression – Madness is the outcome of Repression 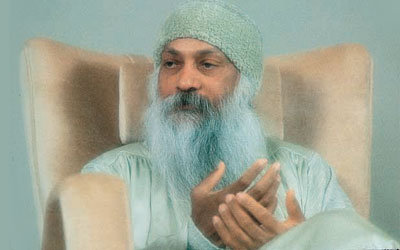 Osho – Prasado, absolutely bad, always bad, with no exceptions bad. Repression simply means you don’t understand your life energies. Repression means you are forcing your life energies into the unconscious, throwing them into the basement of your being. There they will go on growing, there they will go on boiling, and sooner or later the explosion. That’s why so many people go mad.

Madness is the outcome of repression. That’s why so many people are mentally ill — even if not mad, mentally disturbed — all over the world. In America they say that out of four, three persons are mentally disturbed. And don’t think that is so only for America; the only difference between America and other countries is that America has the latest data, that’s all. If you want to know about India you cannot know anything because there is no data available. And America is more honest: if you ask a person anything he will answer it more sincerely than an Indian.

The Indian may be sexually boiling within but from his outside he will always keep that holier-than-thou look. He will not be sincere. You cannot find real figures in India about anything. If you ask any woman, “Have you ever fancied any other man except your husband?” she will say, “No. Never. Not only in this life but in no other life either. And not only in the past, in the future also, I am going to cling to this man.” Now this is patent nonsense.

Repression of any kind is destructive to the body, to the mind, to the soul. Energies have to be transformed, not repressed. Energies are your potential wealth, raw; you have to polish them, then they can become great diamonds. These same energies, sexual energies, can become your spiritual liberation. Repressed you will be in a bondage.

I am not saying to become indulgent; that is going to the other extreme. Buddha will also not support your indulgence. He is absolutely for the middle way, the golden mean. Neither be repressive nor be indulgent. Be watchful, be alert; be friendly to your energies, sympathetic. They are your energies; don’t create a rift, otherwise you will always be in conflict, and to fight with your own energies is an unnecessary dissipation. Fighting with your own energies, you are fighting with yourself: you cannot win. You will be simply wasting the whole opportunity of life. Be aware, don’t repress, don’t indulge. Be aware, be natural. Let energies be accepted and absorbed, and then the same energies, crude energies, become so refined, passing through awareness, that great flowers bloom in your being — lotuses of enlightenment.