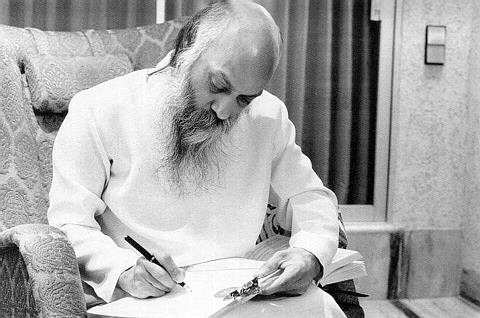 Question – Bhagwan, what is the responsibility of a doctor towards a patient who is dying and no longer wants to live? Should the doctor help him to die?

Osho : It is something very significant to be understood. In the past, in the beginning days of medicine and medical science, out of ten children nine would die, only one would survive. The population of the world was very scarce.

Hippocrates created an oath for doctors — he was the father of Western medicine, allopathy. Humanity is immensely grateful to that man, and his oath was perfectly right in those days. The function of the doctor was always to save life. Life was so difficult; to save people was certainly the need of that time. But times change, needs change; books don’t change.

Still in medical colleges and universities, Hippocrates’ oath is given to the doctors before they can practice. Now, this is so stupid. The world population is four times more than it should be. In five thousand years scientists have been trying to find out how long people used to live. They have not found any skeleton which is more than forty years old. Around the world, in every excavation it is the same situation: people have died at thirty, thirty-five; at the most, the longest life was forty.

Now things are totally different. The population is four times more than the earth can afford. And the progress of medicine has helped people’s life to be physically healthy, with less possibilities of sickness, and it has lengthened life. In Russia there are thousands of people who are beyond 150. In every country of the world the average age has gone up, even in countries like India. Just forty years ago, under the British raj, Indians’ average age was twenty-three; now it is forty-seven, more than double. The population has become four times bigger, the age has become double — more than double — and India does not have all the modern facilities. Its water is polluted, fortunately; food is scarce. Fifty percent of the population lives hungry, one meal a day.

Still, in spite of all this, the population goes on exploding. If Hippocrates was here he would change the oath, I am absolutely certain, because the man who cared for life would have cared for the whole living earth.

Now, in the oath these words should be added: that a doctor’s duty is to help the patient if he wants to live or if he wants to die. It is his choice, and the doctor has to be respectful to the choice of the person. It is his birthright if he wants not to live any more, only he can decide. In certain cases — perhaps the person is in a coma — then his family, his wife, his children, his parents, can decide.

So these are the three things: If the person is still in his senses, aware, and makes a will that if he goes into a coma, then don’t go on keeping him alive; and if he wants to die just today, it is his freedom. Up to now, we have been victims of death. For the first time we can become masters of death. Up to now we have been just helpless; whenever death comes, it comes. Now it is possible for us to decide both when to die and what kind of people will be born. Up to now it has been accidental.

You need carpenters and you go on producing doctors. Strange. You need doctors and you produce plumbers. Everything is topsy-turvy: the plumber is doing the work of a doctor, the doctor is somewhere catching fish. We are in a position to decide what kind of people are needed in the society, and this will be the sanest way. You grow certain vegetables which you need, you grow certain foods which you need. You make houses to be comfortable, to be beautiful, so you can feel cozy, safe against the wind, against the sun, against the rain, against the snow, and you need a certain comfortable, relaxed place. You ask the architect; you can give him your needs and he knows how to manage those needs in as aesthetic a way as possible.

About everything we have become scientific; only about man we are still unscientific. This is unbelievable. We should decide what kind of people are needed: how many engineers, how many doctors, how many dental surgeons, how many surgeons, how many nurses, how many teachers, professors, and scientists. Everything can be decided — and we can decide that these people should not suffer from the diseases that are known to us. We can create a protective wall. We can manage that these people will not be indoctrinated into some unnatural life pattern. We can create the first seed of being always a rebel.

So on the one side we have to be scientific about birth, and on the other side we have to be again scientific, human, compassionate. Help the person if he wants to live; perhaps he has not had time enough to live. If he wants to live, give him health, give him life — not a life in coma in a hospital bed; that is sheer nonsense. Even if Hippocrates was there in such a state, going into a coma, coming out for a moment, going back again, he would shout, “Destroy that oath! I want to die; this is not life.”

For anybody who wants to die, it is the function of the medical profession, of the commune, of the people who love him to make his death as beautiful as possible. Why make it accidental? Why should he die of old age? Why can’t he die without becoming old and suffering all kinds of things which come with old age? He has lived, he has loved, he has created; now there is no need for him just to go on and on. And he is not being forced, we are not telling him to die, but we are simply giving the right, the constitutional right that if he wishes to die….

Yes, there are problems. For example, this moment he may think he wants to die, and by the time you have arranged everything for his death he changes his mind, he says no. So precautions can be taken: he can be given time, so that if he wants to die, he thinks it over for three weeks, and if after three weeks he still finds that he wants to die and he has not wavered-he can keep a diary for three weeks — it is enough. And we can give him a beautiful departure.

There should be in every hospital, in every nursing home, beautiful places — death temples — where everything is arranged the best. The flowers, the garden, the people… and every person who wants to die must be given time so that he can learn something of meditation, so while he is going into deeper and deeper sleep from which he will never return, he can go on doing his meditation.

Meditation and death happening together is the best that can happen to anybody, because he is dying yet he is aware that he will be dead for you all, but not for himself. He will simply be freed from this body. And because he has died with awareness, he will not be born again. He will be free, a white cloud in the vast universe.

The beginning should be considered by the most intelligent people. You are creating a body for a soul. Create the best body, so only a better soul can enter into it. You cannot create the soul, but you can create the beautiful house. That’s what scientists are capable of now, and if you can get the best souls, you will have a totally different world — without wars, without poverty, without sickness, without old age. And you will have transformed even death itself into a ceremony.

It is a departure: all the friends can be invited, all those who have loved the dying man can be present. He can say goodbye, thank all those people, can have another look, because he will not be meeting them again. In an accidental death this is not possible. Death has to be made according to the will of the man, and the medical profession is just to serve the freedom of the man, freedom of the individual. It does not matter whether he wants life or death — whatsoever he wants he should be provided.

And there comes a moment in life when you would like to die. It is an immense relief. You have done everything that you wanted to do, you have lived every kind of experience that was valuable to you. Now going on living will be simply repetition, as if you are seeing the same movie again and again and again, because the army is surrounding the movie house, you cannot be allowed to escape — you have to see the movie till you die, and even if you start dying they will immediately call the ambulance and take you to the hospital because you have to live and see the movie.

These people’s wishes should be respected. But provisions can be made, time can be given for them to consider. Time can be given for them to learn a certain simple meditation. They can be asked if there is anything they would like that can be supplied. For a man who is going to die within three weeks, it is simply human that we should give him everything that he wants, and then let him go with celebration.

To me, death is not something bad. It is just a deep sleep. Those who fall asleep without meditation will wake up in some womb almost instantly. Here you are preparing their funeral pyre, and they have entered into some womb already. You are unnecessarily wasting your time. The man has managed to enter another body.

But if a man can die with meditativeness, then he is going to become part of the whole. No more will he be imprisoned in a small body. He will be as vast as the universe, and that is the goal of true religion, to help you to become part — organic part — of the whole existence.