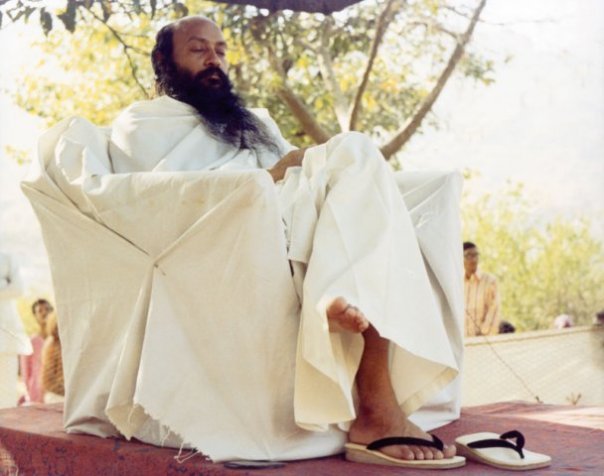 Osho – I have heard that in England there was a great thinker by the name of Edmund Burke. He was once invited to give a lecture in a church in a small village near London. But he was an absent-minded person, so very often he used to forget the time and date of his lecture, and sometimes he used to arrive at the place on the following day. But this time the host had urged him over and over again to arrive at the church in time on the right date, so he also tried to be extra careful about this invitation.

It was some anniversary of the church and he had to be there at seven in the evening. He started at two o’clock from his house. It was hardly one hour’s journey. He rode his horse and arrived at the church by three o’clock, but there was nobody in the church at that time because the function was to start at seven o’clock in the evening.

What was he to do? He took out a cigarette, put it in his mouth, and tried to light a match, but because of the breeze he could not. He turned the horse so that he could light the cigarette. The cigarette was lit – and the horse started trotting. At four o’clock he was standing in front of his house. He looked at it very carefully. What had happened to the church? Where had it disappeared to? Then he remembered that to light the cigarette he had changed the direction of the horse. He had started smoking, and the horse had started going towards his house.

This is just the difference in changing the direction. Any small incident like lighting a cigarette can be the reason for changing the direction. Then a friend can become an enemy and an enemy can become a friend. You can turn to theWest from the East or turn from the East to the West. Any small incident – one becomes bankrupt or the wife dies or a child dies – can make a person renounce the world and become a sannyasin.

This type of detachment is wrong. This becomes the new disease and you have to get rid of it also. This is not health. This is just like a sick person who has recovered from his illness but has become dependent on the medicines. He carries his medicines with him wherever he goes. He is not ready to give them up.