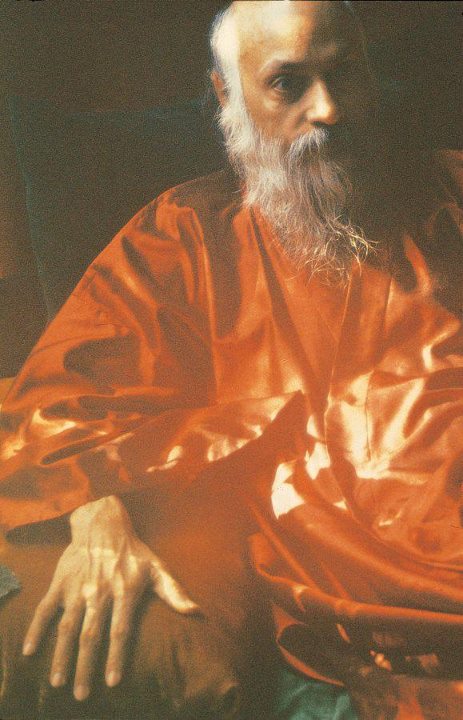 Question – How to Sacrifice the Ego?
Osho – Deva Ahuti, IT IS IMPOSSIBLE. THE EGO CANNOT BE SACRIFICED because the ego exists not. The ego is just all idea: it has no substance in it. It is not something — it is just pure nothing. You give it reality by believing in it. You can withdraw belief and the reality disappears, evaporates.

The ego is a kind of absence. Because you don’t know yourself, hence the ego. The moment you know yourself, no ego is found. The ego is like darkness; darkness has no positive existence of its own; it ii simply the absence of light. You cannot fight with darkness, or can you? You cannot throw darkness out of the room; you cannot take it out, you cannot take it in. You cannot do anything with darkness directly. If you want to do anything with darkness, you will have to do something with light. If you put the light on, there is no darkness; if you put the light off, there is darkness.

Darkness is only the absence of light — so is ego: absence of self-knowledge. You cannot sacrifice it. It has been told to you again and again: “Sacrifice your ego” — and the statement is patently absurd, because something that does not exist cannot be sacrificed. And if you try to sacrifice it, something which is not there in the first place at all, you will be creating a new ego — the ego of the humble, the ego of the egoless, the ego of the person who thinks he has sacrificed his ego. It will be a new kind of darkness again.

No, I don’t say to you: Sacrifice the ego. On the contrary, I say: Try to see where the ego is. Look DEEP into it; try to locate it, where it exists, whether it exists at all or not. Before one can sacrifice anything one must be certain about its existence.

But don’t be against it from the very beginning. If you are against it, you cannot look deep into it. There is no need to be against anything. The ego is your experience — maybe it is just apparent, but it is still your experience. Your whole life moves around the phenomenon of the ego. It may be a dream. But to you it is so true.

There is no need to be against it. Dive deep into it, go into it. Going into it means bringing awareness into your house, bringing light into darkness. Be alert, watchful. Watch the ways of the ego, how it functions, how it manages at all. And you will be surprised: the deeper you go into it, the less it is found. And when you have penetrated to the very core of your being, you will find something totally different which is not ego, which is egolessness. It is self, supreme self — it is God. You have disappeared as a separate entity; you are no more an island, now you are part of the whole.

In that experience of being one with the whole, the ego IS sacrificed, but that is only a way of speaking, a metaphor. Don’t take it literally. Try to understand the ego. Analyse it, dissect it, watch it, observe it, from as many angles as possible. And don’t be in a hurry to sacrifice it, otherwise the greatest egoist is born: the person who thinks he is humble, the person who thinks that he has no ego.

That is again the same story played on a more subtle level. That’s what the religious people have been doing down the ages: pious egoists they have been. They have made their ego even more decorated; it has taken the colour of religion and holiness. Your ego is better than the ego of a saint; your ego is better, far better — because your ego is very gross, and the gross ego can be understood and dropped more easily than the subtle. The subtle ego goes on playing such games that it is very difficult. One will need absolute awareness to watch it.

The ego of the sinner is more easily dropped than the ego of the saint. And the saint can always manage to pretend. And his ego is so polished, so decorated, so holy, so sanctified by tradition, by convention, by the crowd, that he may almost forget about it.

The real search is not to make your ego humble; that is ego standing upside-down, ego doing SHIRSHASAN — headstand. Avoid it. Rather, follow a totally different path: meditate on the phenomenon of ego, enquire what it is. And as the enquiry deepens, the ego disappears. Enquiring into the ego you will come to the self.

And remember: the self has nothing to do with the ego, because the self has nothing to do with you at all. The self is always the supreme self: AHAM BRAHMASMI! — I am God! At that point, you are not, only God is: Tat-tvam-asi — thou art that. At that point, there is no distinction between thou and that. The dewdrop has disappeared into the ocean and has become the ocean itself.

But no sacrifice — the non-substantial cannot be sacrificed, it can only be understood. And in the very understanding is the disappearing. And this disappearance is beautiful, because it does not leave any traces behind, no scars, no wounds.