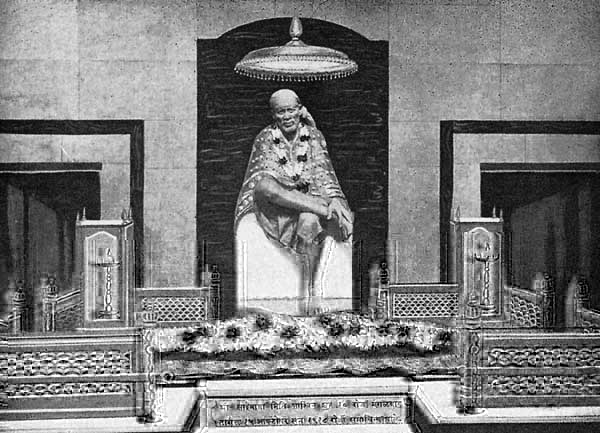 Zen Sutra – “At the death of a parishioner, Master Dogo, accompanied by his disciple zengen, visited the bereaved family. Without taking time to express a word of sympathy, Zengen went up to the coffin, rapped on it, and asked Dogo: ‘is he really dead?’

Osho on above sutra – The first thing: when death is there you have to be very respectful because death is no ordinary phenomenon, it is the most extraordinary phenomenon in the world. Nothing is more mysterious than death. Death reaches to the very center of existence, and when a man is dead you are moving on sacred ground: it is the holiest moment possible. No, ordinary curiosities cannot be allowed. They are disrespectful.

In the East particularly, death is respected more than life — and the East has lived long to come to this conclusion. In the West life is more respected than death; hence so much tension, so much worry and so much anguish, so much madness. Why? If you respect life more, you will be afraid of death, and then death will look antagonistic, the enemy; and if death is the enemy you will remain tense your whole life, because death can happen any moment. You don’t accept it, you reject it — but you cannot destroy it. Death cannot be destroyed. You can reject it; you can deny it; you can be afraid, scared, but it is there, just at the corner, always with you like a shadow. You will be trembling your whole life — and you ARE trembling. And in the fear, in all fears if searched deeply, you will find the fear of death.

Whenever you are afraid, something has given you an indication of death. If your bank goes bankrupt and you are filled with fear and trembling, anxiety — that too is anxiety about death, because your bank balance was nothing but a security against death. Now you are more open, vulnerable. Now who will protect you if death knocks at the door? If you become ill, if you become old, then who is going to take care of you? The guarantee was there in the bank, and the bank has gone bankrupt.

You cling to prestige, power, position, because when you have a position you are so significant that you are more protected by people. When you are not in power, you become so impotent that nobody bothers in any way who you are. When you are in power you have friends, family, followers; when you are not in power, everybody leaves. There was a protection, somebody was there to care; now nobody cares. Whatsoever you are afraid of, if you search deeply you will always find the shadow of death somewhere.

You cling to a husband, you are afraid he may leave; or you cling to a wife, afraid she may leave you. What is the fear? Is it really the fear of a divorce, or is it a fear of death? It is a fear of death… because in divorce you become alone. The other gives a protection, a feeling that you are not alone, somebody else is with you. In moments when somebody else will be needed, you will have somebody to look to. But the wife has left, or the husband has left, and now you are left alone, a stranger. Who will protect you? Who will care for you when you are ill?

When people are young they do not need a wife or a husband so much, but when they are old their need is more. When you are young it is a sexual relationship. The older you become the more it becomes a life relationship, because now if the other leaves you, immediately death is there. Wherever you are afraid, try to explore, and you will find death hiding somewhere behind. All fear is of death. Death is the only fear source.

In the West people are very scared, worried, anxious, because you have to fight continuously against death. You love life, you respect life — that’s why in the West old people are not respected. Young people are respected, because old people have moved further towards death than you; they are already in its grip. Youth is respected in the West — and youth is a transitory phenomenon, it is already passing from your hands.

So in the East death is accepted; not only accepted, welcomed. It is a divine guest. When it knocks at the door, it means the universe is ready to receive you back. In the East we respect death. And this young man Zengen just came in without even expressing a word of sympathy or respect. He simply became curious. Not only that, he was very disrespectful — he tapped on the coffin and asked Dogo, ‘Is he really dead?’ His question is beautiful, but not in the right moment. The question is right but the moment he has chosen is wrong. To be curious before death is childish; one has to be respectful, silent. That is the only way to have a rapport with the phenomenon.

When somebody dies it is really something very deep happening. If you can just sit there and meditate many things will be revealed to you. Questioning is foolish. When death is there, why not meditate? Questioning may be just a trick to avoid the thing, it may be just a safety measure so as not to look at death directly.

I have watched when people go to burn or to cremate somebody — they start talking too much there. At the cremation ground they discuss many philosophical things. In my childhood I loved very much to follow everybody. Whosoever died, I would be there. Even my parents became very much afraid; they would say, ‘Why do you go? We don’t even know that man. There is no need to go.’

I would say, ‘That is not the point. The man is not my concern. Death… it is such a beautiful phenomenon, and one of the most mysterious. One should not miss it.’ So the moment I heard that somebody had died I would be there, always watching, waiting, witnessing what was happening.

And I watched people discussing many things, philosophical problems such as: What is death? And somebody would say: ‘Nobody dies. The innermost self is immortal.’ They would discuss the Upanishads, the Gita, and quote authorities. I started feeling: ‘They are avoiding. By just becoming engaged in a discussion, they are avoiding the phenomenon that is happening. They are not looking at the dead man. And the thing is there! Death is there, and you are discussing it! What fools!’

You have to be silent. If you can be silent when death is there you will suddenly see many things, because death is not just a person stopping breathing. Many things are happening. When a person dies, his aura starts subsiding. If you are silent you can feel it – – an energy force, a vital energy field, subsiding, getting back to the center.

Your whole life you go on spreading. Nearabout the age of thirty-five your aura is completed, at its peak. Then it starts subsiding. When a person dies it goes back to the navel. When it reaches the navel, it becomes a concentrated energy, a concentrated light. If you are silent you can feel it, you will feel a pull. If you sit near a dead man you will feel as if a subtle breeze is blowing towards the dead man and you are being pulled. The dead man is contracting his whole life, the whole field that he was.

Many things start happening around a dead man. If he loved a person very deeply, that means he had given a part of his life energy to that person, and when a person dies, immediately that part that he had given to another person leaves that person and moves to the dead man. If you die here and your lover lives in Hong Kong, something will leave your lover immediately — because you have given a part of your life and that part will come back to you. That’s why when a loved one dies you feel that something has left you also, something in you has died also. A deep wound, a deep gap will exist now.

Whenever a lover dies, something in the beloved also dies, because they were deeply involved with each other. And if you have loved many, many people — for example, if a person like Dogo dies, or a buddha — from all over the universe energy moves back to the center. It is a universal phenomenon because he is involved in many many lives, millions of lives, and from everywhere his energy will come back. The vibrations that he has given to many will leave, they will move to the original source, they will become again a concentration near the navel.

If you watch you will feel ripples coming back in a reverse order, and when they are totally concentrated in the navel, you can see a tremendous energy, a tremendous lightforce. And then that center leaves the body. When a man ‘dies’, that is simply a stopping of the breath, and you think he is dead. He is not dead; that takes time. Sometimes, if the person has been involved in millions of lives, it takes many days for him to die — that’s why with sages, with saints, particularly in the East, we never burn their bodies. Only saints are not burned; otherwise everybody is burned, because others’ involvement is not so much. Within minutes the energy gathers, and they are no more part of this existence.

But with saints, the energy takes time. Sometimes it goes on and on — that’s why if you go to Shirdi, to Sai Baba’s town, you will still feel something happening, still the energy goes on coming; he is so much involved that for many people he is still alive. Sai Baba’s tomb is not dead. It is still alive. But the same thing you will not feel near many tombs — they are dead. By ‘dead’ I mean they have accumulated all their involvement, they have disappeared.

When I am dead, don’t bury my body, don’t burn it, because I will be involved in you, many of you. And if you can feel, then a sage remains alive for many years, sometimes thousands of years — because life is not only of the body. Life is an energy phenomenon. It depends on the involvement, on how many persons he was involved in. And a person like Buddha is not only involved with persons, he is involved even with trees, birds, animals; his involvement is so deep that if he dies his death will take at least five hundred years.

All over the world, whenever you pay respect to a dead man, you become silent, you remain silent for two minutes — without knowing why. This tradition has been continued all over the world. Why silence? The tradition is meaningful. You may not know why, you may not be aware, and your silence may be filled with inner chattering, or you may do it just like a ritual — that is up to you. But the secret is there.

4 thoughts on “Osho on energy phenomena in death – Sai Baba’s tomb is not dead. It is still alive”