Osho on Samurai warriors – He was a monk and also a warrior. 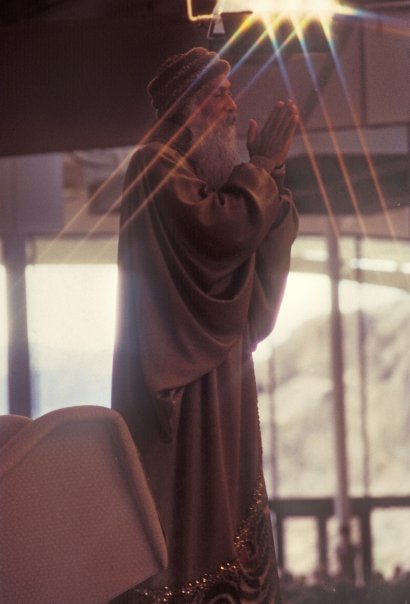 Osho : Seven or eight hundred years ago in Japan they tried to create a different type of person – they called him a samurai. He was a monk and also a warrior. This is very strange – because what is the relation between a monk and a warrior? The temples in Japan are very strange. In these temples, where they teach meditation, they also teach jujitsu and judo and the arts of wrestling, swordsmanship and archery.

If we were to go there and see, we would be surprised! What is the need to use a sword in a meditation temple? And teaching judo, jujitsu and wrestling – what relation do they have with meditation? In front of meditation temples there are symbols of swords! It is a very strange affair. But there was a reason.

The meditators in Japan slowly came to realize that if there is no possibility in a seeker’s life of developing courage and strength, then only the brain will exist in that seeker. His other deeper centers do not develop. He can only become a scholar, he cannot become a saint. He can become a so-called knowledgeable person. He can know the Gita, the Koran, the Bible, and the Upanishads, he can memorize them like a parrot, this is possible – but he has no experience of life. So a meditator was taught how to use a sword and an arrow.

Recently one of my friends returned from Japan. Someone there gave him a statue. He was very much troubled by it. He could not understand what kind of statue it was. When he returned, he came to me with the statue and said, ”Somebody has presented me with this statue, so I have brought it here, but I have been wondering again and again what kind of a statue it is. What is its meaning?”

It was a statue of a samurai warrior. I told him, ”You cannot understand because for thousands of years we have created a wrong understanding.” The statue is of a warrior with a naked sword in his hand. The side of the face on the same side as the hand with the sword, is shining with the reflection of the sword. His face on that side looks like the face of Arjuna may have done. In his other hand there is a lamp, and the light of the lamp is falling on the other side of his face.

His face on that side looks like the face of Buddha may have done or of Mahavira or of Christ. There is a sword in one hand and a lamp in the other hand. We cannot understand it because there should be either a sword in the hand or a lamp. How can there be both things in the hands of one man? So my friend was not able to understand anything. He said to me, ”I am very much puzzled. What is it all about?”

I told him that the lamp can only exist in the hand of a person who also has a shining sword in his other hand. With him it is not a question of using the sword; only weak people, fearful people, use the sword. A person whose whole life becomes like a sword, does not use it. There is no need for him to use it because his whole life is a sword. So do not think that if a person has a sword in his hands that he will use it, that he will hurt or kill somebody.

A person only kills when he is afraid of being killed himself – otherwise no one will kill. A violent person is really only a fearful person. In reality a sword can only be held in the hands of a non-violent person. In fact, when a person himself becomes a sword, only then can he be non-violent, otherwise not. The lamp of peace only benefits a man in whose being a sword of courage has been born, in whose being a sword of energy, of strength, has been born.

So on one hand the personality should be filled with total strength, and on the other hand with total peace – only then can an integrated personality, a total being, arise.