Osho on Samved Shikhar and Science behind holy places of pilgrimage 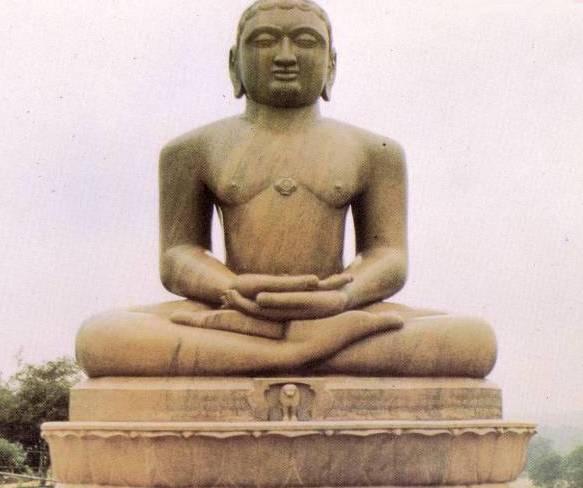 Osho – A very deep and intense experiment on Samved Shikhar was made by the twenty-two tirthankaras, just as they were leaving their bodies. On that mountain they tried to intensify and multiply the vibrations of their developed consciousness so that it would be easier for us to communicate with them. It was thought that if so many souls of such consciousness left their body from the same place, a path between that place and another plane could be laid. And such a path has existed.

Twenty-two tirthankaras traveling to that one mountain, entering samadhi and leaving their bodies there, created a highly charged field of consciousness, in some special sense, at Samved Shikhar. It was intended that if someone sits there, chanting the special mantras given by those twenty-two tirthankaras, his journey in out-of-the-body experiences will immediately begin. This is as scientific an experiment as any which takes place in a laboratory.

The only reason for creating the places for pilgrimage was to experiment with creating powerfully charged fields of conscious energies, so that anyone could easily begin his inner journey. There are two methods of making a boat move. One method is to open the sails at the right time in the direction of the wind and not use the oars; the other method is not to open the sails, but to help the boat move with the use of the oars. The places of pilgrimage are places where a stream of consciousness is flowing automatically: you just have to stand in the middle of the stream where the sails of your consciousness open up and you begin your journey onwards. You will be able to travel far more easily and faster in such places than anywhere else, and alone. Elsewhere, you may unknowingly reach some negative place and open up your sails in the wrong direction: you may move further away from your destination and become lost.

For example, if you are sitting in meditation at a place which is full of negative emotions – where butchers are killing animals the whole day – there will be a great struggle and conflict in your mind. In meditation you become very receptive, open and vulnerable, so whatever is happening around you at that time enters you. So when you meditate it is always necessary to choose a place which will not take you in a wrong direction. Whenever, during meditation, you have disturbing thoughts or find it difficult to be silent, move from such a place.

You can sit in meditation in a jail too, but that requires a very strong individuality. There are different methods to help you meditate in a jail: you create a line of demarcation over which negative forces cannot enter.

But in a tirtha, a holy pilgrimage place, such a line is not necessary. In such a place you drop all resistance and open all your doors and windows. There, positive energy is flowing in abundance. Hundreds of people have traveled into the unknown from there and have created a path. It is as if they have made a path by cutting down trees and removing the bushes blocking the path, so that those walking behind them find it easier to travel. On the religious path, efforts are made by the higher, stronger consciousnesses to help weaker people, in every way. The place of pilgrimage was one such experiment.

A place of pilgrimage is where the currents are flowing from the body towards the soul, where the whole atmosphere is charged; from where people have achieved samadhi, from where people realized their enlightenment. Such places have become specially charged. In such a place, if you just open your sails, without doing nothing else, your journey will begin.

Jainas are not basically idol worshipers, nor are Mohammedans nor Sikhs nor Buddhists; in the beginning Buddhists were not idol worshipers at all. But all of them have established their sacred places of pilgrimage. They had to. Without such places there is no meaning for a religion. If there were no such places, everything would have to be done by the individual, and in that case there would be no meaning or purpose in a religious commune.

The word tirtha means a sort of jumping board from where one can take a dive into the infinite ocean. The Jaina word tirthankara means a creator of a tirtha, of a place of pilgrimage. A person can only be called a tirthankara if he has charged an area into which ordinary people can enter, open themselves up and begin their inner search. Jainas call them not incarnations but tirthankaras. A tirthankara is a greater phenomenon than an incarnation, because if the divine enters a human form it is good, but if a man makes a place for others to enter the divine, it is a far higher event.
Jainism does not believe in a god, it believes in man’s potential. That is why Jainas could benefit more deeply from the tirtha and the tirthankaras than followers of any other religion. In the Jaina religion there is no concept of ”God’s grace” or ”God’s compassion.” Jainas do not think that God can give any help; the seeker is alone and has to travel by his own effort and energy.

But then there are two ways in which he can travel.On the first, every man has to travel in his own boat, with the strength of his own hands, using the oars. One out of many may succeed. But on the second path you can take the help of the winds and open up your sails so that you can travel faster and more easily.

But are such ”spiritual winds” available? This is the whole purpose of the places of pilgrimage. Is it possible that when a person like Mahavira is there, all around him, from some unknown direction, a flow of energy begins? Can he create an energy flow in a particular direction so that if anyone enters that current he will just be carried along by it and will reach his ultimate destiny? In fact, this flowing in a spiritual direction is the holy pilgrimage.

There are physical indications of such places of pilgrimage, but as time passes, those signs may disappear. So they have to be protected by building temples or erecting huge idols so that the footprints of those great seers can be preserved. Great care has to be taken so that those places do not shift even by an inch from where the event had happened sometime in the past.