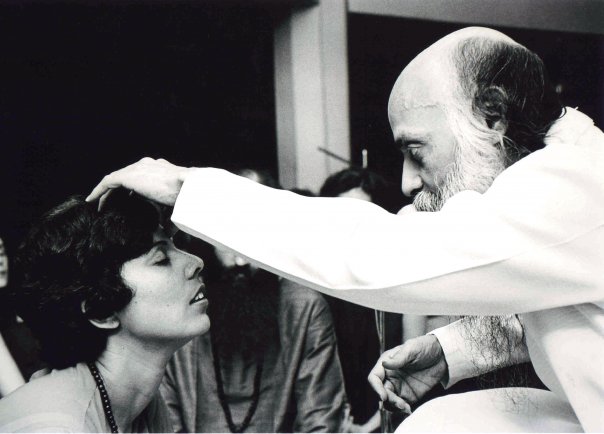 Osho – Sannyas is a quantum leap, a jump into the unknown, a great courage to become discontinuous with your own past. It is a rebirth. It is a change so great… as if the old dies, and dies utterly and totally and the new comes into being from nowhere, from nothingness, out of nothing.

If the new comes from the old it remains the old. If the new is continuous with the old then it is only a modification of the old — maybe a little bit colored and decorated and changed, with a new dress, with a new mask, but it is not a revolution, it is not a conversion.

And sannyas to be true has to be a revolution so total that the old identity is simply dropped — just as the snake slips out of the old skin and never looks back. It is a psychological slipping out of the past. It is a subtle process and only very intelligent people are capable of doing it.
Sannyas can never become a mass movement; it is bound to remain for the chosen few beause the masses cannot gather courage and the masses have sold their intelligence long before. They have settled with small comforts, petty securities. They have lost the spirit of adventure. They cling to their belongings, to their possessions, to their small positions, respectabilities.

Sannyas makes you aware of the festive dimension of life. It is an effort to dance with the trees and sing with the stars. It is a great longing to be as wild as the ocean, to be as high as the Himalayan peaks.

Once this longing takes possession of a person it almost drives him mad. But that madness is far more valuable than the so-called sanity. The so-called sanity is nothing but normal madness. Always remember never to become part of the mob; protect yourself.

There are great temptations to become part of the mob. Those are the temptations really, temptations from the devil. There is no other devil but the mass mind; that is the devil. It tempts because it can provide many comforts and securities and respect and honor and everything. But all those are nothing but toys: death will come and take them away. Before death comes one has to know something of the deathless. That’s what sannyas is all about: a search for the deathless, a search for the timeless, a search for eternity.

Move into a new dimension of great longing and passion. It has to be very passionate, intense, so that you are totally possessed by the desire, so that every fiber of your being starts pulsating with the desire, so that every atom, every cell, of your body and mind is stirred by the longing. Then the goal is not far away. It depends on our intensity. If the intensity is total the happening is possible instantaneously. It can happen right NOW.