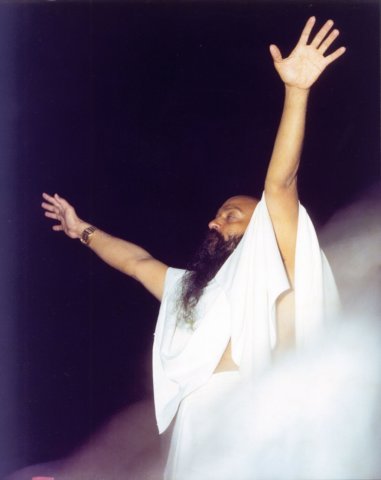 This word ‘KALA’ is very meaningful: one meaning is time, another meaning is death. The same word means time and death. It is beautiful, because time is death. The moment you enter into time, you are ready to die. With birth, death has entered into you. When the child is born, he has entered into the realm of death. The birthday is also the deathday. Now only one thing is certain: that he will have to die. Everything else is just uncertain; it may happen, it may not happen. But the moment a child is born, the moment the child has taken his first breath, one thing is absolutely certain — that he will die.

Eternity is vertical: you go deep into the moment, not moving in a line, but into depth. You drown yourself in the moment. If you stand on the bank, then the river goes on passing. Ordinarily we are standing on the bank of time. The river goes on moving; one moment, another moment, and another, and the sequence of moments continues. This is how we ordinarily live, this is how we live in time.

Then there is another way — take a jump into the river, drown in the moment, the here-now. Then suddenly, time stops. Then you are moving in an altogether different dimension; the vertical dimension is eternity. That is the meaning of Jesus’ cross.

Kali is a symbol of now, of the eternal, of the absolutely real. To live moment to moment and not to bother about past and future is the way towards the novel man.