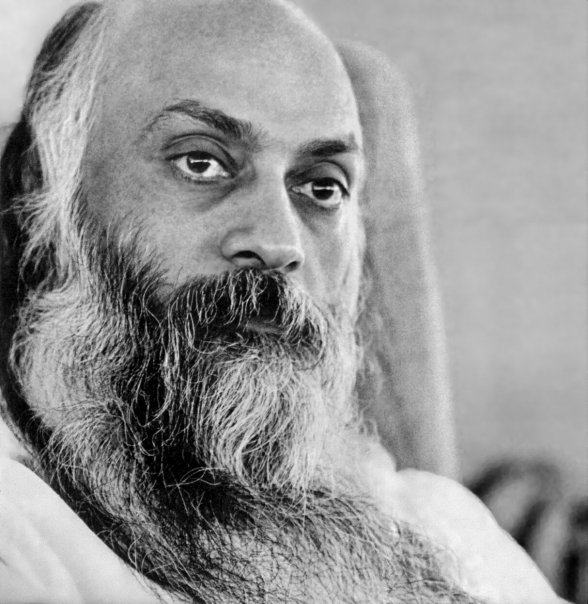 Question – Osho, What is your opinion of scientology?
Osho – It is fantastic…I mean bullshit, utter bullshit! Be aware of such stupid things. They move in the world in the name of science because science has credit, so any kind of stupidity can pretend to be scientific. And people are very much impressed by words: scientology.

People are very much impressed by shining gadgets, instruments…. Man is so unaware and unconscious of himself that he falls a victim to anything! You just need to propagate it, advertise it – and our century has the most efficient media to advertise, to propagate things. Scientology is nothing but a kind of hypnosis – it can hypnotize you. And real religion is just the opposite: it is dehypnosis. You are already hypnotized, you don’t need any scientology anymore.

You need a process of dehypnosis, you need deconditioning, you need to come out of all kinds of ideologies. Scientology is an ideology. It talks in terms of science, and science has great appeal. Science is the modern superstition. The modern man is immediately impressed if you bring science in. So anything and everything has to be proved scientifically.

And there are quacks who even go on proving God scientifically, and who are trying to measure states of meditation – as if meditation can be measured. Whatsoever you can measure will be mind; no-mind cannot be measured. All your alpha waves, etcetera, are not going to help. They can only go to a certain extent in the mind. But meditation begins only where mind ends.

Mind is measurable, because mind is a machine. But no-mind is immeasurable, it has no limits. So all the nonsense that goes on in the name of measuring…and people are very much impressed. They are sitting before very shiny gadgets – it gives an impression of science – wires attached to the head, to the hands, just like a cardiogram. They are trying to figure out the inner silence. It is impossible! Whatsoever you come to record is mind. All waves are of the mind.

Meditation is wavelessness because it is thoughtlessness. Meditation cannot be recorded; there can be no cardiogram, there can be no machine which can record it. It is very elusive, it is very subjective, it cannot be reduced to an object. But because the Western mind is very objective, is trained in science, now there are quacks around who are cashing in on this attraction and this
training.

Scientology is one of those pseudo religions. The real religion has no need of any such thing. And scientology is destroying many people’s minds. Modern man is in a special situation: the old religions have lost their grip, their credibility, and the new religion has not yet arrived – there is a gap. And man cannot live without religion, it is impossible; religion is such a need. So if the true is not available, the false becomes prevalent, the false becomes a substitute. Scientology is a false religion, and there are many like scientology.

Real religion consists of becoming utterly silent, unconditioned, unhypnotized. It is going beyond mind, beyond ideology; it is going beyond scripture and beyond knowledge. It is simply falling into your own interiority, becoming utterly silent, not knowing a thing, and functioning from that state of not knowing, from that innocence. When you function out of innocence, your actions have a beauty of their own. That’s what virtue is – aes dhammo sanantano.

Source: from Osho Book “The Dhammapada: The Way of the Buddha, Vol. 2”