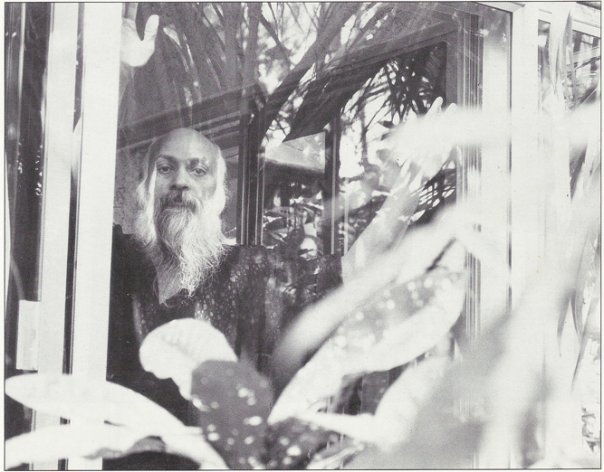 Osho – Understand that Nanak has glorified the guru to a great extent. All saints have sung the glory of the guru, placing him above the scriptures. If the guru says something that is not found in the Vedas, forget the Vedas, because the guru is the living scripture. There is a reason why saints have extolled and treasured the guru’s words so. First of all, the Vedas are also expressions of gurus; but these gurus are not present today. And the words have lost the purity they had when they were first uttered, because those who collected them, of necessity, combined and mixed them with their own thoughts — this they could not help. Though it was not done on purpose, it is certain that it happened.

If I tell you something with instructions to repeat it to your neighbor, you are bound to lose something and add something to what I said. The mode of speaking will change. Even if you use exactly the words I used, your preferences and your emphasis will be different from mine. When you speak, your experience, your knowledge, your understanding will creep into the words.

I give you a flower, and you take it in your hand to give to someone from me, but the flower will have caught some of your smell. Just as the flower’s scent remains in your hands, the flower also picks up your scent. The flower is no longer the flower I gave you. And if the flower has passed through a thousand hands, it will carry the scent of all those hands. And if the flower were to come back to me, I would never be able to recognize it as the same flower. The essence of the flower I knew would be lost by the touch of a thousand hands. It will not look the same as when I gave it, but will have fallen into pieces, its petals scattered here and there. People will have to stick on other petals to complete the flower before they bring it back to me.

The Vedas are the utterances of gurus. Those who have known have spoken. But now it is thousands and thousands of years since these words were spoken. Much has been deleted, much added. Therefore it is great good fortune to come across a living guru when the book has turned stale.

Another very interesting thing is: when you read a book, you interpret the words in your own way. It is you who reads and you who interprets, and your interpretation cannot be more than you; it cannot transcend your own understanding. You will attach your own meanings to the words.

So the book cannot become your guru; you become guru to the book! You have not learned the scriptures, rather you begin to teach the scriptures; thus you find thousands of interpretations. Look at the Gita — how many commentaries there are! Whoever reads it takes his own meanings from it. Krishna is no longer here to censor by saying: “Brother, this is not what I meant!” When Krishna spoke, he was definite about what he meant, but who is to say now what his intention was? Even Arjuna could not say, though he was the one to hear it; because whatever he says will have been changed by him.

The whole Gita has been written by Sanjay, who was no more than a news reporter of his day. It was his job to report on the battle being fought over one hundred miles away to Dhritrashtra, the blind king. He must have seen the whole thing on television. The deaf are listening and reporting to the blind! So the truth lies even further away. What Krishna said, even Arjuna could not have reported correctly, but only in the light of his own understanding. He could repeat only what he understood and not what Krishna actually said. And now we introduce Sanjay who is collecting the news. He is the reporter — the third person!

Then thousands of years elapse while we have all the commentators, each claiming to elucidate it out of his own understanding. By then each word acquires infinite meanings, and the Gita becomes meaningless. Whatever you put in has become a new edition.

Therefore Nanak and Kabir and others have stressed one point — seek a living guru. The scriptures had all become stale and secondhand, thirdhand, even at the time of these saints.