Osho on Senility – Senility is growing old without growing up 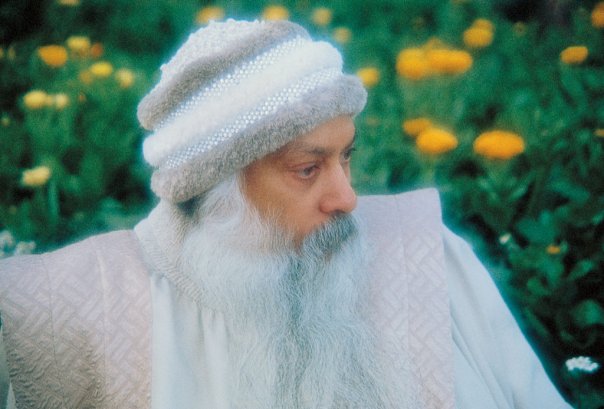 Question – Is the childishness of senility anything to do with awareness? Is senility a disease of the west only? What is senility?

This question is significant. ‘Is the childishness of senility anything to do with awareness?’ And, ‘What is senility?’

Senility is becoming old without becoming mature. Senility is growing old without growing up. Then, as the end result, the senile person becomes very childish because his child has never become a grown-up; he has always been hiding the child inside him. He was occupied in a thousand and one things of the world and the child was waiting and waiting. Now he has become retired, now all those occupations are gone and his energy also is weakening, so all those controls are also gone. Because when you control yourself and you pretend something that you are not and you hide something that you are, great energy is needed. The old man is naturally losing energy; his control is gone, he cannot control, so that which is hidden inside him surfaces: he again becomes childish.

But remember, that is not what Jesus means when he says: Only those who are like children will be capable of entering into the kingdom of God. Child-likeness is not childishness. Child-likeness comes only when a person is not only growing in age but is growing up, is becoming integrated inside. It is not only a physiological phenomenon that he is sixty, but psychologically, spiritually, he has become a grown-up person, mature, ripe. Then, in the end, the person becomes child-like, innocent.

Childishness is not a value, it is a disvalue. Child-likeness is a great value. To be child-like means that the circle is complete: the man has lived life, lived and loved, experienced all that was available and has come to conclude that there is nothing more valuable than innocence. He has known — known that knowledge is futile, so he has dropped knowledge. He has known all the cunning ways of the world — he has been cunning, he has been deceptive, he has been deceived, others have been cunning towards him — he has known all that, but he has grown-up and he has come to conclude that that is just useless, meaningless. Deceiving, deceived — all is a game; it does not lead you anywhere, it is a dream. He has dropped all those games.

A really mature person is one who has no more obsessions with any game. He lives simply, innocently, without any pretensions and without any masks. That is the innocent person: a grown-up person become innocent, child-like. Simply getting old in age, one becomes senile, ugly, rotten; and one day, when your energies are gone, your childishness surfaces and the old person starts behaving in foolish ways.

Remember, to be foolish is one thing and to be innocent is totally another. Sometimes they look similar, but they are not. An innocent person may sometimes look foolish, but he is not foolish. You can cheat him, but he is not foolish; and while you are cheating him he is feeling compassion for you. One day you will understand that you were a fool, he was not a fool. A foolish person looks innocent, but is not innocent. He is also cunning, though his cunningness is not a very developed quality, his cunningness is not very complex. He is also cunning, but people are more cunning than him — he is relatively less cunning, so he looks foolish. An innocent person looks similar to the foolish one, but he is not.