Skip to content
Osho on Love Osho on Sexuality - Sex

Osho on Sex and Love – Sex has to become a meditation 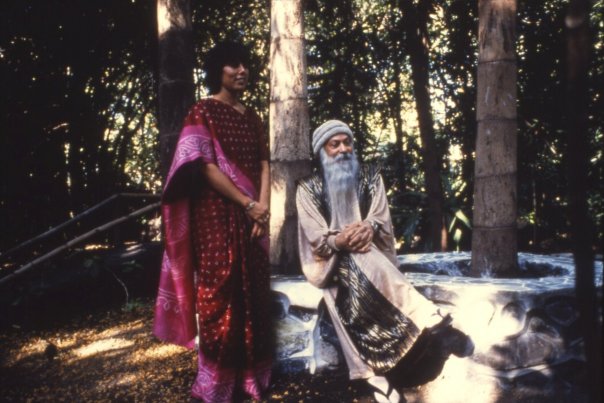 Osho – Love can exist on many planes. It is like a ladder with many rungs which run from the lowest to the highest, from the earthly to the heavenly. The lowest kind of love expresses itself as sex. It is gross, it is physical, biological, chemical, hormonal. But there is a grain of love in it. Ninety-nine per cent of it is something else, but one per cent of love exists in it. And that one per cent can take you higher. That one per cent can become the small thread that joins you to the higher planes of love. That’s why I am not against sex, because it contains a bridge — a very small bridge and available only to very alert people. Otherwise ninety-nine per cent of it is just mud, only one per cent is lotus.

To find that one per cent one has to be very meditative, very alert. Sex has to become a meditation, only then can you find out where that one per cent is. That’s the whole art of Tantra, making sex a meditation. Then slowly slowly you start stumbling upon those few moments which are not sexual at all but which happen through sex, those few moments when you take off. Of course the ground is sex, but you take off from the ground. For a few moments you are not on the earth.

Those moments when you dissolve, when the other disappears, when there are not two bodies but one, not two minds but one, not even two souls but one, are really the orgasmic moments. For a moment the ego has evaporated, time has stopped and you are in contact with eternity. But the moment is so small that unless you are very meditative you are bound to miss it. You may come to realize it later or when it is no more, but then it is pointless, it is only a memory.

People go on doing that. They imagine that moment, hence the hankering for sex. They continuously imagine that moment, that it is going to happen, some day, somewhere, with someone. They fantasize, it is in the future. For they remember it: it happened somewhere, some time, with someone — but it is past. Both are non-existential. The past is no more, the future is not yet.

Meditation means catching the orgasmic reality of sex in the present, not somewhere else but now and here. When you are deeply involved in sex you have to be very very alert so that you don’t miss the orgasmic moment and you can see through it. It becomes transparent, it brings the world of the beyond to you.

For the first time you become aware that sex contains something which is non-sexual. In fact that’s the real center of the whole sexuality. To miss it is to miss all. Just as the body contains the soul and matter contains the spirit, sex contains something which is not sex — that is love. And once you have become aware of it you can start growing more and more towards it, you can start changing more and more energy towards it. You will know the knack of it. Just by becoming aware of what it is, you will know how to create more and more energy, moving in that direction you will know how to create that space more and more.

Soon one can create it without any sex at all, without any need of the other. That is the day of great celebration in life, when you can be orgasmic without any need, without any dependence on the other. Then love becomes a pure fragrance. Then it is not even a flower but an invisible fragrance. That fragrance is the goal, the goal of life, and unless one attains it one remains unfulfilled. Unless one attains it one remains just a seed which does contain the fragrance, but first it has to become a tree and then it has to bloom and only then can the fragrance be released. You cannot find it by cutting the seed. You will simply destroy the seed and you will not find anything, no fragrance, It is there, but unmanifest.