Osho on difference between Sexual Power and Sexual Energy 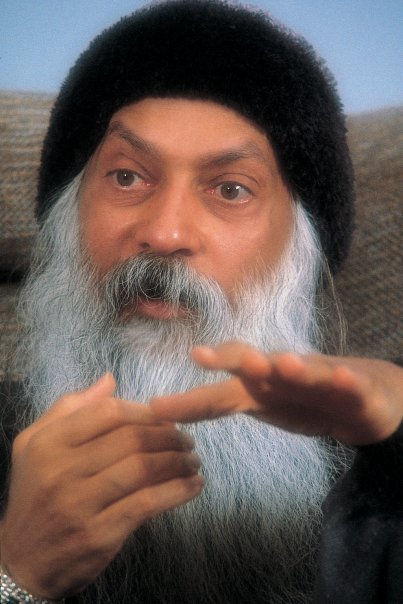 QUESTION – BELOVED OSHO, WHAT IS THE DIFFERENCE BETWEEN SEXUAL POWER AND SEXUAL ENERGY?

OSHO – Deva Agni, sexual energy is another name for your life force. The word sex has become condemned by the religions; otherwise there is nothing wrong in it. It is your very life. Sexual energy is a natural energy: you are born out of it. It is your creative energy. When the painter paints or the poet composes or the musician plays or the dancer dances, these are all expressions of your life force.

Not only are children born out of your sexual energy, but everything that man has created on the earth has come out of sexual energy. Sexual energy can have many transformations: at the lowest it is biological; at the highest it is spiritual. It has to be understood that all creative people are highly sexual. You can see the poets, you can see the painters, you can see the dancers. All creative people are highly sexual, and the same is true about the people whom I call the mystics. Perhaps they are the most sexual people on the earth, because they are so full of life energy, abundant, overflowing….

The woman can dominate because of her sexual appeal, but it is ugly and mean. It is selling your body just to dominate. One of the most beautiful women in the world was Cleopatra. She was a queen in Egypt. Her country never went into war; whenever there was an attack, she herself would go and offer her body to the invader, to the leader of the armies — and she had such beauty that she easily persuaded the general of the army. She seduced the general by giving her body. She was using her power — her sex, her beauty, her charm — and she remained the queen of Egypt without ever taking her armies to fight with anybody. A very strange woman… But all women in different degrees dominate through their sex. They use it as a power. To use sex as a power is to degrade oneself, is to lose one’s dignity and self-respect. It is pure prostitution.

The difference between British and French girls is this: they both know what men like, but the French girl does not mind. Business was brisk for the pretty young prostitute in the bar.
“Bill,” she said, “you can come over about seven-ish, and you, George around eight-ish, and Frank, I will have time for you about nine-ish.” She then looked around the crowded bar and called out, “Anyone for tennish?”

I have been searching for almost thirty-five years, in all kinds of books, strange scriptures from Tibet and Ladakh and China and Japan — India has the greatest number of scriptures in the world — and I have been looking for one thing: has there ever been an enlightened impotent person? There is no incidence recorded anywhere. An impotent person has never been a great poet either, or a great singer, or a great sculptor, or a great scientist. What is the problem with the impotent person? He has no life force; he is hollow. He cannot create anything — and to create oneself as an enlightened being needs tremendous energy. Never use your sex as a commodity, as a strategy to dominate, because you are committing suicide. You are destroying the power that can take you to the highest peak of consciousness.

Robert, an American, had been in Italy during the war and had made friends with Giovanni. A few years later he went back to Rome to visit his friend. As soon as Giovanni saw Bob, he could not do enough for him. He showed him the sights and then took him out for a beautiful meal of finest spaghetti. After the meal, Giovanni insisted that Bob meet his sister.

Sex has become a thing of the marketplace. On the one hand, religions have been repressing sexual energy and creating perversions which have culminated in the dangerous disease AIDS, which has no cure. The whole credit goes to religions, and if they have any sense of being human, then all the churches and all the monasteries and the Vatican itself should be turned into hospitals for the people suffering from AIDS, because these are the people who have created them. Theirs is the responsibility. They have forced men to live separately from women; they have insisted that celibacy is the very foundation of a religious life. But celibacy is unnatural, and anything unnatural cannot be the foundation of a religious life.

Because celibacy is unnatural, and religions have divided men and women into different monasteries, they have created the situation for homosexuality. They are the pioneers of homosexuality, and homosexuality has led to AIDS, which cannot be called simply a disease because it does not come in the category of diseases. It is death itself. So on the one hand religions have created perversions; on the other hand they insisted on monogamy, which in fact means monotony. That has created the profession of the prostitute. The priest is responsible for the prostitute. It is so ugly and sick that we have created objects, commodities, things to be exploited out of so many beautiful women. Even today, it is not understood exactly what sex is. It need not be repressed, because it is your very energy. It has to be transformed certainly; it has to be raised to its highest purity.

And as you start moving upwards… the name of the ladder is meditation… sex becomes love, sex becomes compassion, and ultimately sex becomes the explosion of your inner being, the illumination, the awakening, the enlightenment. But it is sexual energy… it can rot, it can go into perversions. But if it is to be understood naturally and helped through meditation to move upwards towards silent spaces, to pass through your heart and reach to the seventh center at the highest point in your body… you will feel grateful towards the energy. Right now you feel only ashamed.

This shame and guilt is created by the religious organizations, founders of religion. Naturally the question arises, Why did they make sex a mess? And through making a mess of sex they have messed up the whole world and its mind and its growth. Why? — because this was the simplest way to keep humanity in slavery. This was the simplest way to keep people guilty, and anybody who feels guilty can never raise his head in revolt. So all the vested interests wanted man to lose his dignity, self-respect, to feel guilty, ashamed. They have been condemning sex continuously, and their condemnation has lead the whole world into a very miserable, psychologically abnormal state. And they are still doing their work….