Osho on Shortcoming in Tantra Teachings led to its Failure 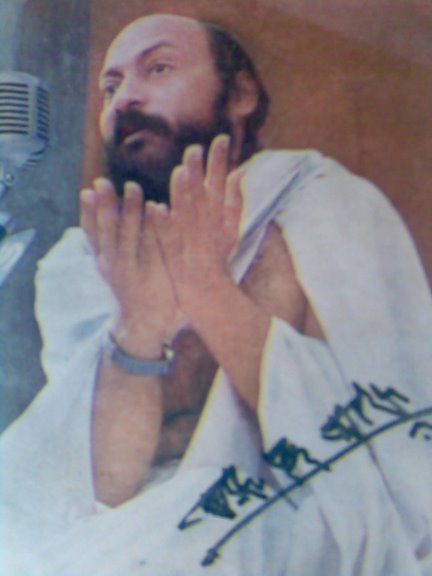 Question – Beloved Osho, do you see shortcomings in the teachings of tantra that incline you to feel tantric methods are not suitable for us?

All the systems have done that. Rather than discovering the whole truth, it is the human tendency to say, “Why bother? We have found a small piece which is enough for the showcase, which is enough to silence any enemy who raises any question” — and the remaining is just invention.

So although tantra has a piece of truth, it could not be used rightly. Unless that piece of truth is put in second place, and meditation moves into first place, it will always happen that in tantra, people will be doing all kinds of perversions. And with a great name, they will not feel that they are doing anything wrong; they will feel they are doing something religious, something spiritual.

Tantra failed for two reasons. One was an inner reason — that meditation was not made the central point. And second, tantra had no special methodology for the perverted and the repressed, so that first their repressions and perversions are settled and they become normal. And once they become normal, then they are introduced to meditation. Only after deep meditation should they be allowed in tantra experiments. It was a wrong arrangement, so the whole thing became, in the name of a great system, just an exploitation of sex.

That’s what many of the therapists are doing. Just the other day I saw Rajen’s advertisement for a tantra group — with an obscene picture. It will attract people because this is real pornography. Why bother to go to see just pictures printed on paper when you can see real people doing pornography? And Rajen has no understanding of meditation, has never meditated.

And the so-called therapists enjoy the money that they bring. They have nothing to lose, they simply allow freedom. They start with all the great words that I have been using — “freedom,” “expression,” “no repression,” “just be yourself, and don’t be worried what others are thinking,” “do your own thing.” And those idiots start doing their own thing!

For example, Ramakrishna meditated deeply, and whenever he felt any sexual urge disturbing his meditation he would ask his wife Sharda — who was a beautiful woman — to sit on a high stool, naked, and he would sit in front of her just looking at her, meditating on her till that sexual urge subsided. Then he would touch the feet of Sharda, his own wife, and he would thank her, saying, “You have been helping me immensely; otherwise, where would I have gone? The urge needed some expression, and just watching you was enough.”

The temple of Khajuraho has beautiful statues in all sexual postures. It was a tantra school that made the temple and those statues. And the first thing the student had to do was to meditate on each statue — and they are arranged in such a way that from one corner you go around the temple in a circle. It may take six months, but you have to watch each statue until you can see it just as a statue with no sexuality in it — and it is in a sexual posture.

But just in your watching it, seeing it for months, it becomes a pure piece of art; all pornography disappears. Then you move to another. And all the perversions of human mind have been put into the statues.

Then the master teaches you how to go deeper into your meditation which has arisen in the six months, and now you can go very deep because there is no hindrance, no problem, no sexuality. And this going deep into meditation with no sexual disturbance means the sexual energy is moving with the meditation, not against it. That’s how it is transformed and takes higher forms.

All these so-called therapists know nothing about tantra, know nothing of why it failed. But they are not interested in that, they are interested in exploiting repressed people. And the repressed people are happy because after a seven or ten day tantra session, they feel relieved; they think this is some spiritual growth. But within two or three days all that spiritual growth will be gone, and they are ready for another group.

Source: from Osho Book “The Path of the Mystic”