Osho on Silence and Aloneness, In silence nothing wrong can ever happen 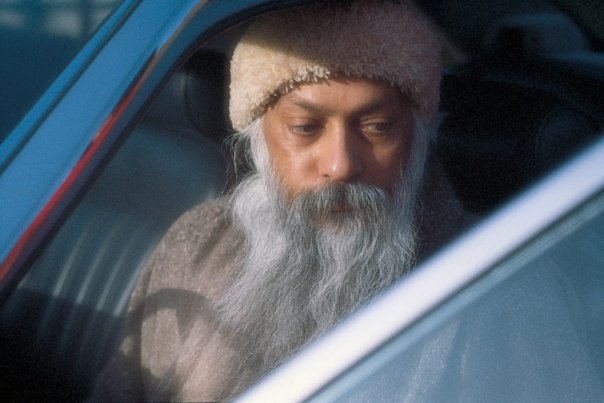 Question – Beloved Osho, The other day you talked so beautifully about the sadness which follows the first experience of our innermost silence. Is it necessarily so, that when I first experience this silence, I also feel with my whole being that I am absolutely alone on my journey?

Osho – Aloneness is also one of the fundamental experiences as you enter silence. In silence there is nobody else, you are simply alone. The deeper your silence will be, thoughts will be gone, emotions will be gone, sentiments will be gone — just pure being, a flame of light, burning alone. One can get scared because we are so much accustomed to living with people — in the crowd, in the marketplace, in all kinds of relationships.

You may not be aware that in all these relationships — with friends, with your husbands, with your wives, with your children, with your parents — you are basically trying to avoid the experience of aloneness. These are strategies so that you are always with somebody.

It is a well-known fact, psychologically established, that if a person is left alone in isolation, after seven days he starts talking… a little like whispering. For seven days he keeps talking inside, keeps himself engaged in the mind, but then it becomes too much — things start coming out of his mind through his mouth and he starts whispering.

After fourteen days you can hear him clearly, what he is saying. After twenty-one days he does not bother about anybody, he has gone insane; now he is talking to walls, to pillars, “Hello friend, how are you?” — to a pillar, hugging a pillar! And this is true not about somebody special, it is true about everybody. He is trying to find some relationship. If he cannot find it in reality, he will create a hallucination.

You will see: just stand by the side of the road and watch people going from the office to the house, and you will be surprised. They are alone — although there is a crowd all around — but they are talking to themselves. They are making gestures, they are telling somebody something… because the crowd around them is not related to them. They are alone in the crowd, so they are trying to create their own illusion. Maybe they are talking to their wife, to their boss — there are many things which cannot be said but right now they can say them. In front of the wife they cannot say it, but in this crowd, where everybody is engaged in his own thing, everybody is doing his own thing, they can say things to the wife. Nobody is listening, and at least one thing is certain — the wife is not there! But they need the wife, they need someone to talk to.

And after thirty days of isolation, a dramatic change happens: it is not only one-sided; it is not only that they are talking to the pillar, the pillar also starts talking to them! They do both things: first, “Hello, how are you?” and then, “I am good. I am fine, doing well.” They answer from the side of the pillar too — in a different voice. Now they have created a world of their own, they are no longer alone. No madman is alone.

In your silence — when there are no words, no language, nobody else is present — you are getting in tune with existence. This serenity, this silence, this aloneness will bring you immense rewards.

Rejoice! Whatever happens in silence is your friend, it is really your bosom friend. It is going to take you to the ultimate peak of ecstasies.

One thought on “Osho on Silence and Aloneness, In silence nothing wrong can ever happen”