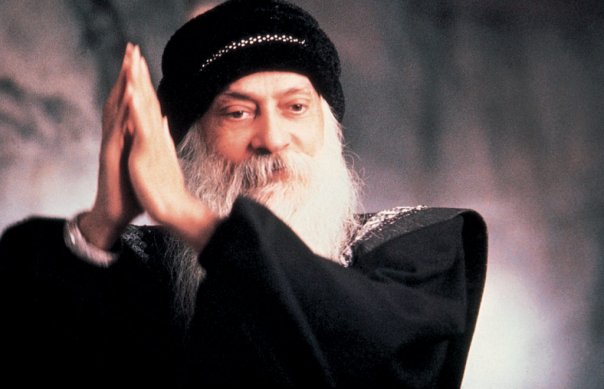 [A sannyasin who is an artist, was leaving for a few months to organise some exhibitions for his work. Osho said that his meditation was going well, but into his work he should also try to bring a meditative dimension…. ]

Osho – just paint with the idea that if somebody looks at the painting, he feels awe, reverence, silence. The basic idea should be what happens to the person who is looking at the painting. If he becomes a little meditative just watching it, then you have created a beautiful thing in the world, something very creative.

A painting can do many things. A painting can create sexuality in people. That’s why so much pornography has appeal. It can give a sexual fantasy. When a painting can give sexual fantasies, then why cannot painting give meditative ecstasy? It can. You just have to think about certain combinations of colours, forms, which make a person meditative. Just keep it in mind and go on working on it. Soon you will be able to discover ways.

This is what gurdjieff calls objective art – when the art is not just an amusement, not a decorative piece, not just part of the interior decoration of the house, but creates something in the beholder, something which was not there before. Just listening to a song or listening to certain music, or looking at a certain painting, a person is simply no more the same as he was before.

Ninety-nine percent of paintings of jesus are not spiritual at all, but pathological. They don’t give you gladness. They don’t give you euphoria. They don’t give you a feeling of the divine. Rather they give you the feeling of sadness, death, the cross; of torture, murder, justice. You cannot find a more tragic figure than jesus – just thirty-three years old; has not even known yet the climax of youth – being crucified. He had not known all the seasons of life. He was yet young – and crucified for no reason. Looking at a jesus’ painting, one gets the feeling that the world is injust, that god cannot be just.

Even an innocent man like jesus had to cry at the last point, ’Why have you forsaken me? Why do I have to suffer all this?’ Even his own faith is forsaken. Even his own idea that god is just and compassionate is forsaken. Ninety-nine percent of paintings of jesus have that feeling: ’Why have you forsaken me?’ They don’t give proof of god. In fact they give proof that god may be absent or may be uncaring.

On the one hand christians go on saying that jesus is the only begotten son, and on another hand the begotten son cries at the last moment, ’Why have you forsaken me?’ In that moment he must have felt that there is no presence of god anywhere. ’What is happening to me? – and for no reason at all?’

A spiritual painting is that painting which creates in the beholder the sense of the mysterious, the sense of awe. A tremor goes up the spine, and one is simply aware for a few moments at least, that god is present in the world, that he has not forsaken it, that he cannot forsake it. How can he forsake it? Even if for a single moment you can give a glimpse of the divine and its presence, then your painting becomes an objective art. So just go on thinking along those lines.